This Day In History: Mussolini Declares a New Fascist Republic (1943) 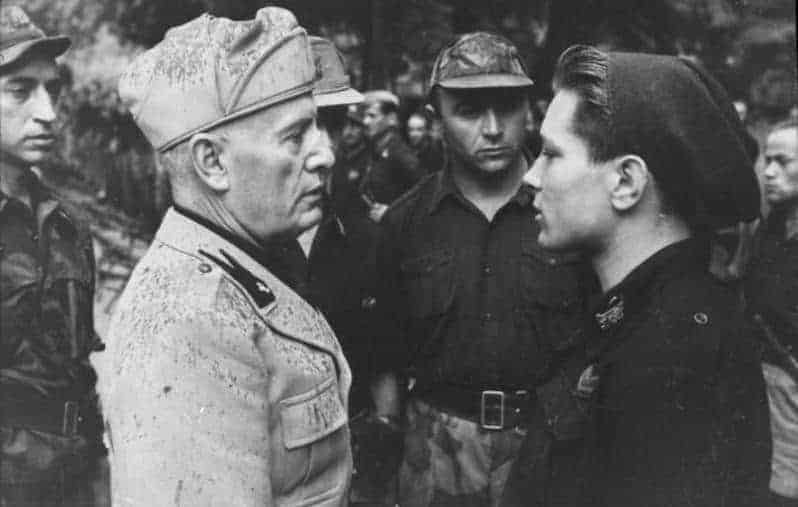 This Day In History: Mussolini Declares a New Fascist Republic (1943)

On this day in history, Benito Mussolini declared the new Fascist Republic, known as the Salo Republic.

After the invasion of Sicily, the Italian leader Benito Mussolini was deposed in 1943. It looked as if the Italian dictator was finished. In July 1943 the Grand Council had voted to remove Mussolini from power and he was placed under house arrest. It seemed that Mussolini may have had some type of breakdown and he was widely hated. If he had appeared on the streets of Rome, he could have been torn to pieces. He had once been the darling of the Italian population and now he was reviled by them.

However, he still had the support of his good friend Hitler. The Germans still needed Mussolini, who was still supported by hardcore Fascists. Furthermore, the Germans had invaded Italy and they had occupied most of the country and they needed collaborators. However, the Italian government was aware that Mussolini could be of use to the Germans and they decided to imprison him in a mountain hideout. The Germans decided that they would rescue Mussolini. Hitler, in particular, felt honor-bound to rescue his old friend who had been loyal to Berlin. Mussolini was held in a remote hotel in the Apennines surrounded by a large guard of Italian troops. However, German commandoes stormed the hotel and freed him and they flew Mussolini to safety in a glider. The Germans had plans for him.

At first, Mussolini believed that he had been restored to power. However, the Germans believed that Mussolini was something of a fool and they blamed him for all the disasters that befell them in North Africa and now Italy. On this day in 1943, Benito Mussolini, deposed dictator of Italy, fashions a new fascist republic. This republic was known as the Salo Republic after the town of Salo. The Republic was in reality, territory in Italy that the Germans had occupied. Soon it was clear that Mussolini was only a puppet of the Germans and was only been used to give the German occupation of Italy some legitimacy. 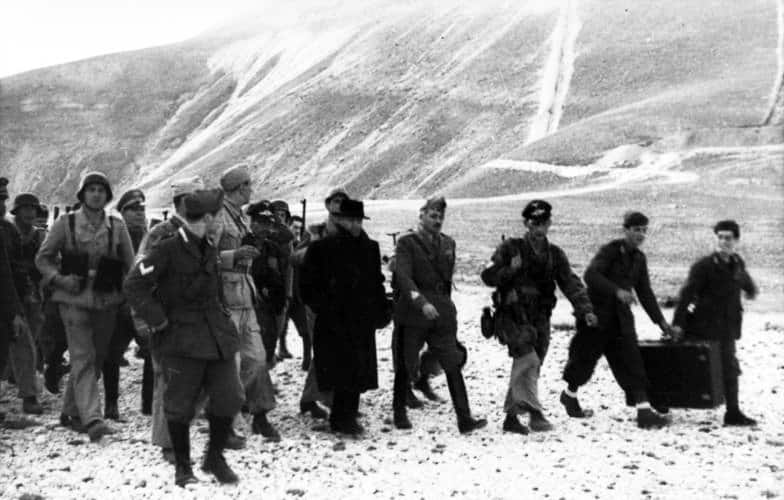 Mussolini was sent to a German-controlled area of northern Italy, on Lake Garda. Mussolini here tried to reform Fascism and issued the ‘Verona Doctrine’. This was intended to appeal to the masses, who had once loved him and to gain support for his new republic. It was all too late and only showed that Mussolini had lost contact with the situation on the ground. The new Republic was a dictatorship under Mussolini but of course, in reality, the Germans controlled him. Mussolini was isolated and began to lost touch with reality and he ordered the executions of his enemies, but by now, no one was listening to him and he was effectively powerless. The Salo Republic was constantly under attack from Italian partisans who were opposed to both Mussolini and his German allies and who fought for the freedom of their country. The Allies’ advance into Northern Italy meant that the Salo Republic grew smaller and smaller. Mussolini’s Republic collapsed in April 1945 and he was executed in May in Milan.

History Today – Pain Behind The Pleasure: The Italian Social Republic

Foreign Policy – Did the Brutal Death of Mussolini Contribute to Hitler’s Suicide?