21 Facts About the Mayflower Voyage and the First Thanksgiving 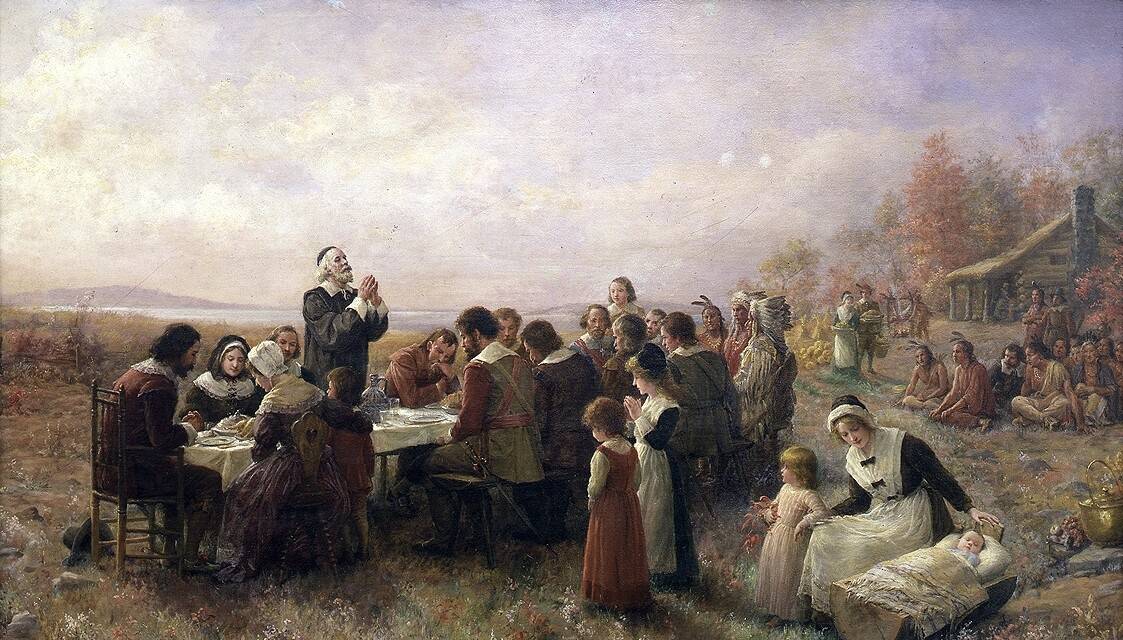 21 Facts About the Mayflower Voyage and the First Thanksgiving

18. The second Mayflower made several voyages to the New World

In 1629 another Mayflower arrived in Plymouth, bearing 35 passengers. Several of the passengers came from the Leiden Congregation. This Mayflower subsequently made several additional crossings of the Atlantic to North America. In 1630 it sailed as part of the Winthrop Fleet. Eleven ships sailed from England that summer, carrying several hundred Puritans, supplies, and livestock. They were bound not for the Plymouth Colony, but for the new Massachusetts Bay Colony. One of the passengers, John Winthrop, served as the Governor of the new colony, which eventually absorbed Plymouth and became the colony, and finally Commonwealth of Massachusetts.

The second Mayflower made several additional trips to the British colonies, though not to Plymouth. Instead, it delivered emigrants and supplies to Massachusetts Bay and Virginia, returning to England with crews of dried fish and furs from the northern settlements, and tobacco from Virginia. In total, five successful voyages of the vessel occurred between the 1629 visit to Plymouth and a 1639 visit to Massachusetts. In October 1641, this Mayflower left London bound for Virginia. It carried 140 passengers hoping to join the settlements there. The ship vanished at sea, possibly lost to storms during that year’s hurricane season.

19. The Pilgrims soon had additional settlers join them in Plymouth

When Christopher Jones arrived home in England, the reports he gave to the Merchant Adventurers were far from promising. As had happened in the first year in the Jamestown Colony, the presence of disease, starvation, and death did not paint the New World as a land of promise. Jones did carry the relatively good news of the treaty with Massasoit and the assistance offered to the colonists by the natives. Ships began carrying passengers and supplies to the new settlement in New England to bolster the new colony, and the Merchant Adventurers’ investments. In November, 1621, the Merchant Adventurers dispatched a ship, Fortune, to the colony. Unfortunately, the ship carried more mouths to feed, but little in the way of supplies. Fortune also carried a demand for a payment from the Merchant Adventurers against the Pilgrims’ debts.

The Pilgrims loaded the ship with goods including dried fish and furs, according to their records a cargo worth the equivalent of $120,000 today. However, a French warship captured Fortune during the return voyage in 1622. The following year two additional ships arrived, both bearing additional settlers from the Leiden Congregation, among them Myles Standish’s second wife, and the future wife of William Bradford. By 1630, about 300 men, women, and children populated the Plymouth Colony. Most of the Leiden Congregation had by then relocated to the New World. Additional Strangers arrived as well, and Separatists gave them areas outside of the village of Plymouth for their settlements, though still within the governance of Plymouth Colony.

20. The Mayflower survivors attended the harvest celebration in the fall of 1621

At the end of the summer of 1621, likely during the last week in September, the surviving Pilgrims harvested their first crop in the New World. Squanto and Samoset provided the guidance which ensured the crop succeeded. Two of the Separatists, William Bradford and Edward Winslow left behind records of the event, and the harvest celebration which ensued. Fishing had proved successful, in both fresh and salt water. Waterfowl and game teemed in the area throughout the summer, and though the Pilgrims still had no cattle to provide beef, they had plenty of venison, and the meat of smaller game. To celebrate the harvest, the Pilgrims and their Indian allies enjoyed a three-day feast, “so that we might after a special manner rejoice together after we had gathered the fruits of our labor”.

There were only 50 surviving of the more than one hundred who arrived in the Mayflower less than one year earlier. They were joined by upwards of 90 natives, meaning Indians outnumbered Pilgrims by nearly two to one. Yet neither chronicler of the event referred to it as Thanksgiving. That did not occur until midsummer, 1623. After mid-July rains ended a drought which threatened that year’s crops, Governor Bradford ordered a 14-day fast, and “they also set apart a day of thanksgiving”, celebrated before completing the year’s harvest. It was the first Thanksgiving in what became the United States ordered by civil, rather than by religious authority.

In the mid-1950s, using the records of the Mayflower in the hands of both American and British historians, a replica of the famous vessel was built. Private donations paid for the construction. Although not an exact reproduction of the Pilgrim’s ship, it appears as faithful to the design of the original as possible with the information available to its builders. Its timbers were of English oak, its sails crafted in the same manner as in the 17th century and its cordage made of hemp, coated with tar from Sweden. In April 1957, the vessel, christened Mayflower II, sailed to Provincetown, the site of Mayflower’s first anchorage in America in 1620. Since then the vessel has been maintained by Plymouth Plantation, an American non-profit which maintains the colony museum in Massachusetts.

On the 350th anniversary of the Pilgrims’ arrival, in 1970, protestors led by Native-American activist Russell Means temporarily seized the vessel. They did not damage the ship, and released it peacefully after calling attention to the history of the treatment of American Indians. In 2012, the first of a series of scheduled upkeep periods began. They were scheduled so as to ensure the ship, which remains seaworthy, appeared in perfect condition for the celebration of the 400th anniversary of the Pilgrims’ arrival in 2020. Circumstances forced cancellations of many events regarding the anniversary, but the vessel figures prominently in planning for celebrations of the 400th anniversary of Thanksgiving in America in 2021.

“The Story of the Pilgrim Fathers”. Edward Arber. 1897

“Mayflower Bastard: A Stranger Amongst the Pilgrims”. David Lindsay. 2002

“Mayflower: A Story of Courage, Community, and War”. Nathaniel Philbrick. 2006

“Samuel Fuller of Plymouth Plantation: A Skillful Physician or a Quacksalver?” Norman Gevitz, Journal of the History of Medicine and Allied Sciences. 1992

“Mourt’s Relation or Journal of the Plantation at Plymouth”. Edward Winslow. 1622

“Everything You Learned About Thanksgiving Is Wrong”. Maya Salam, The New York Times. November 21, 2017

“Celebrating the 400th Anniversary of the Mayflower on both sides of the Atlantic”. Helen Warwick, National Geographic. March 15, 2020