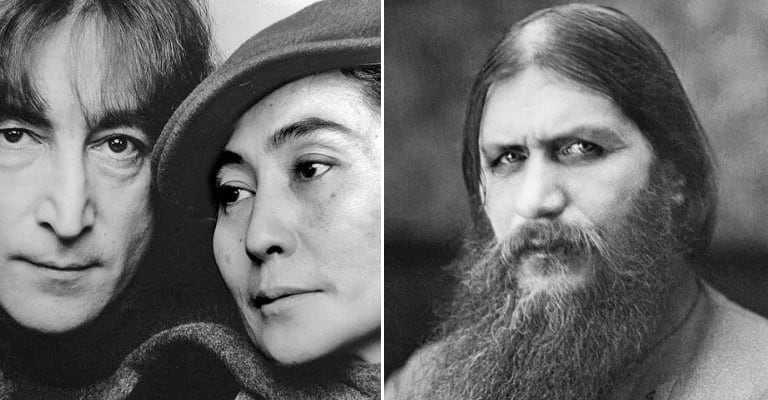 2. Leon Trotsky was blamed for a host of problems in post-revolution Russia in the wake of Stalin’s rise of power and was eventually assassinated for them

Leon Trotsky (b. Lev Davidovich Bronstein, November 7, 1879 – August 21, 1940) was a Russian politician and revolutionary. Originally a leading figure of the Menshevik political faction within the Russia Social Democratic Labour Party, Trotsky defected to the Bolsheviks just prior to the Russian Revolution and supported Lenin’s call for an armed uprising to remove the Provisional Government from power on November 7, 1917. Becoming one of the seven original members of the Politburo upon its creation in 1917, Trotsky served as one of the most senior figures of the early Soviet Union, first as the People’s Commissar for Foreign Affairs and secondly as the founding commander of the Red Army; in his capacity as the former Trotsky was responsible for the Treaty of Brest-Litvosk, whilst in the latter Trotsky was instrumental in securing a Bolshevik victory during the Russian Civil War (1918-1922) and the survival of the communist dictatorship in Russia.

With Lenin’s health deteriorating, suffering his third stroke in March 1923, Trotsky sought to lead the ultimately unsuccessful “Left Opposition” to Joseph Stalin’s increasing control over the political apparatus of the USSR; after years of infighting in the wake of Lenin’s death in 1924, Stalin finally garnered sufficient support within the Politburo to oust Trotsky. Removed from the Central Committee in October 1927, Trotsky, along with his supporters, was subsequently expelled from the Communist Party itself on November 12; exiled to Alama Ata, Kazakhstan, on January 31, 1928, Trotsky was formally deported from the Soviet Union in February 1929 and went into exile. During this time Trotsky sought to oppose Stalin’s reign of terror from abroad, before being murdered by an NKVD operative in Mexico City on August 21, 1940; Stalin subsequently awarded the assassin the Order of Lenin for his service.

In the wake of his death, positive portrayals of Trotsky were erased from Russian history and the once loved revolutionary was demonized as a capitalist stooge and counter-revolutionary. Despite being responsible for certain ills, most notably the implementation of War Communism and the extremes of harm caused by the radical policy, Trotsky was blamed for anything and everything wrong with the Russian state by the Stalinist faction. Any Trotskyists remaining in Russia after his exile were ultimately executed during the Great Purges of 1936-1938, blamed along with their leader as responsible for the many missteps and woes in the communist nation.

1. The Devil and God serve as the two most common scapegoats in world history, blamed without evidence for the troubles of all mankind

The Devil and God, the yin and yang of the world’s theistic religions, are unquestionably the most “scapegoated” individuals in global history. Blamed for anything and everything including natural disasters, family bereavements, famine, or war, God and/or Satan is commonly held to account for these acts in spite of zero evidence of their participation in these affairs.

In particular, some sympathy might be had for the mythical character of the devil within Christian lore, whose scriptural appearances are a far cry from his demonic role in popular religious conception. Throughout the Old Testament Satan is merely an angel of heaven, acting as an agent of God; in fact, it is on God’s instruction that Satan inflicts his torture of Job in the incorrect belief that the man will recant his faith under pressure. It is not until the New Testament that Satan developed into a more malevolent figure, with the Book of Revelations introducing his expulsion from heaven due to a rebellion against the authority of God whereupon he was cast down into the lake of fire. Despite this, throughout the Middle Ages Satan was still not considered a key figure in Christian mythology and was routinely used merely as comic relief in theater; it is not until the emergence of the witch-hunts during the early modern period that Satan evolved into a feared and hated character, responsible for wickedness and sin, becoming indelibly attached to other nameless biblical evils such as the snake in the Garden of Eden.

“The Case of Sacco and Vanzetti”, Felix Frankfurter, Atlantic Monthly (1927)

“A Probabilistic Analysis of the Sacco and Vanzetti Evidence”, Joseph Kadane and David Schum, Wiley Series in Probability and Mathematical Statistics (1996)

“Pandora’s Senses: The Feminine Character of the Ancient Text”, Kenaan, The University of Wisconsin Press (2008)

“How To Survive a Plague: The Story of How Activists and Scientists Tamed AIDS”, David France, KNOPF (2016)

“To Kill Rasputin: The Life and Death of Grigori Rasputin”, Andrew Cook, Tempus (May 2006)

“Error doesn’t weigh: He’s been a Sox scapegoat for 17 years, but Bill Buckner is at peace in Idaho”, Stan Grassfeld, Boston Globe (October 23, 2003)

“How to Survive the Titanic, or the Sinking of J. Bruce Ismay”, Frances Wilson, Harper Perennial (2012)

“To the Scaffold”, Carolly Erickson, William Morrow and Company, Inc. (1991)

“The Wicked Queen: The Origins of the Myth of Marie-Antoinette”, Chantal Thomas, Zone Books (1999)

“The Dreyfus Affair: The Story of the Most Infamous Miscarriage of Justice in French History”, Piers Paul Read (2012)

“Satan in America: The Devil We Know”, Scott Poole, Rowman and Littlefield Publishers (2009)