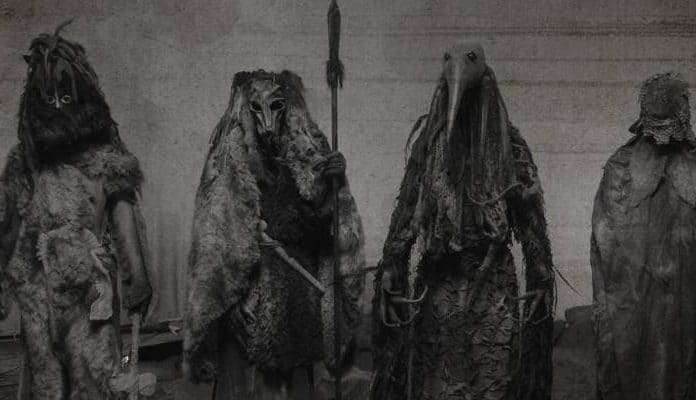 Every single civilization and society on Earth has enjoyed an array of mythical creatures, many of which take the form of scary monsters. Whether designed to frighten or entertain children, to impart an important cautionary moral lesson through metaphor and allegory, or manufactured from genuine fear, Native Americans are no exception to this universal cultural phenomenon.

Here are 18 monsters that terrified Native Americans and will keep you awake at night:

1.  A cursed former tribe member, the Flying Head seeks vengeance for the murders of elders

The Flying Head (also known as Big Head or Daqqanoenyent) is a cannibalistic monster belonging to the mythologies of the Iroquois and Wyandot peoples of North America, appearing as an antagonist in numerous stories and legends.

According to Native folklore, during an especially severe winter prior to European arrival an unknown tribe in New York state was suffering a famine. The young men wished to move the tribe across a great lake to seek new opportunities whilst the older men, believing the famine was a punishment for their crimes by the spirits, desired to stay and endure. Enraged by the old men’s stubbornness the young men killed them, decapitating the bodies and dropping their heads into the lake. However one of the young men involved in the massacre became entangled in the pile of heads, falling into the lake and drowning. From the lake arose a giant head, taller than a man, coated in thick black hair, possessing wings and talons, and which would perpetually hunt and haunt the tribe.

After destroying those responsible for the murders, the Flying Head began terrorizing other tribes during which time the Iroquois faced the demon. After being plagued for many years by the monster, including a famous folktale in which a young Ongwehonwe hunter’s dogs sacrificed themselves to save their master from the beast, a woman roasting acorns was visited by the creature. Believing she was eating live coals, the Flying Head grew terrified at the strength of the Iroquois people and fled to never return. The hill where the unknown tribe’s village was located is widely considered cursed by Native peoples. Three hotels have been built on the sacred site in modern times and each one suffered a short and unsuccessful life span before mysteriously burning the ground, naturally reinforcing this superstition.