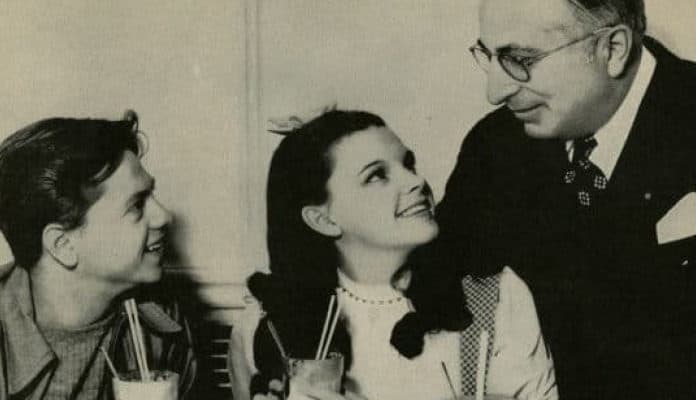 Beginning with its Golden Age, and perhaps even before, the American film industry has been a center of sexual harassment, some of it of legendary status. The “casting couch” came to be known as a shortcut for young starlets (and male stars) desirous of movie roles which would bring them to international attention. At the same time it became known as a venue for Hollywood moguls to pursue their prey. The term “sexual predator” was not yet in vogue, but whispers among the Hollywood personalities in the know made the casting couch an open secret in the movie industry and among its legions of fans. For the most part producers, directors, and those with the power of decision in Hollywood simply shrugged off the gossip and carried on as before. Women were judged to be a commodity in the film industry, always replaceable with ever younger aspiring actresses looking for their big break.

Sexual harassment and sexist attitudes weren’t limited to the casting of starlets though, and sexist behavior was prominent and often ignored. When twelve year old Shirley Temple – America’s sweetheart at the time – was forced to endure producer Arthur Freed exposing himself to her at the age of 12 her complaints were ignored by press and police, Freed being one of the most important and powerful studio executives in town at the time. Nor was the behavior limited to men, young actress wannabes often threw themselves at male executives with an abandon which led Marilyn Monroe to complain that Hollywood was comparable to an “overcrowded brothel”. Sexist behavior in Hollywood was evident on the sets of films and in the finished products displayed in theaters around the country. Here is a list of some of the sexist attitudes and behaviors in Hollywood prevalent during its co-called Golden Age.

1. Hollywood and stardom became lures for American women from across the country

The earliest days of the American film industry saw motion pictures being made in studios in the eastern cities, but it wasn’t long before the climate and available scenery saw a shift of focus to the orange groves and picturesque backdrop of Southern California. The combination of a soft climate and national renown, with the accompanying financial security, proved to be a heady one for young women across America, and they flocked to the region in droves. Once there they found the competition for the attention of filmmakers to be fierce, and the relatively small community proved hard to enter. Those with the power to make films could be and were selective, and women found more available roles as waitresses and clerks than as performers in films.

Attractive women soon found themselves invited to parties where they were subjected to the attentions – wanted or not – of the producers and directors who made the films entertaining America. The casting couch, a euphemism for an accommodating visit to a director’s office, was not far behind. By the early 1920s, the high point of the silent film era, the fact of trading sexual favors for parts in films was well established. It was also widely ignored, the overriding attitude being that it was the women willing to barter themselves rather than the men who preyed upon them who were morally corrupt. Nor were the casting couches limited to women, but prevailing public mores over homosexuality ensured such behavior was kept secret, the fear of jail time for what was then illegal behavior providing additional rationale for secrecy. By 1920, Hollywood already possessed a reputation of being an American Babylon, at least among moralizers and social reformers.