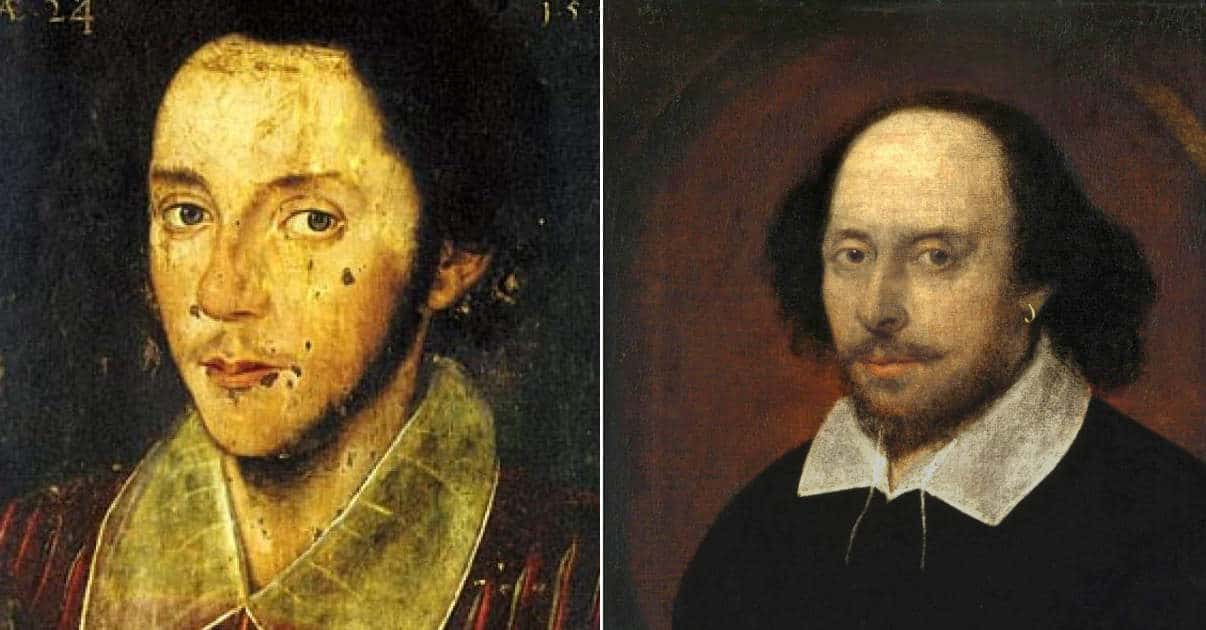 “When, in disgrace with fortune and men’s eyes,
I all alone beweep my outcast state
And trouble deaf heaven with my bootless cries
And look upon myself and curse my fate”
Sonnet 29

One might expect our historical knowledge of the most famous English language writer of all time to be quite complete, but there are some really crucial aspects of Shakespeare’s life that are debated heartily among scholars – though they all basically agree that, at the very least, he did write his own plays.

Let’s run through a few of the strange mysteries of his life. We all celebrate his birthday on April 23, St George’s Day, but there’s actually no proof for that at all: he was baptized on April 26 1564, but could well have been born before that, as it was not custom at the time to baptize babies immediately. As the first son to a mother and father who had previously had two daughters die in childbirth, it might have been reasonable for them to make sure that everything was completely good with the young William before putting him through the strain of a baptism. The general consensus is that April 23 was affixed as his birthday because, of course, as the greatest writer in English there was a certain draw to having him be born on the national saint’s day, but also because he definitely died on April 23, giving a nice symmetry to his life.

Next up, we have no idea if William Shakespeare was actually his name. As we have mentioned above, English spelling at the time of Shakespeare’s life was all over the place, with no real recognized way to spell anything: people just wrote whatever they thought would be understood. Shakespear – no E – that was most commonly used until the late 18th century and only Shakespeare afterwards. Shakespeare was also the spelling often used in print, but none of the surviving signatures that William himself made match it. Six signatures survive that we can confidently say were written in William’s own hand, which give his name as Willm Shakp, William Shaksper, Wm Shakspe, William Shakspere, Willm Shakspere and William Shakspeare respectively. On his grave, there is one spelling and on his wife’s, directly beside his, there is another.

Thirdly, we can move on to the image of Shakespeare that we all know. There are several portraits that show William in his finery, and they all seem to show basically the same man: bearded, balding, wearing a large collar and with a pierced ear. The trouble with these is that they were all made after his death, and there is no accepted image of Shakespeare that was made while he was still alive.

The first image, made by artist Martin Droeshout, is an engraving that featured on the First Folio, published in 1623. The Folio contains and introductory poem from fellow playwright Ben Jonson – who knew Shakespeare well – and attests to its accuracy, so we can be confident that it looks at least a little like him. The second close-to-contemporary image is from his grave, a bust that sits as a monument in the Holy Trinity Church in Stratford. This was carved by Gerard Johnson and was commissioned by his son-in-law, and surely must have been seen by his wife, Anne Hathaway, because she chose to be buried next to it.

After those two images, we can move on to the Chandos portrait – named after the Duke of Chandos, who had owned it – which purports to be from his lifetime, but cannot be proven. It looks a lot like the Droeshout engraving, though, so perhaps we can cut it some slack. There is the so-called Cobbe portrait, which claims to have been made in Shakespeare’s lifetime, and can be dated as such, but on which scholars are split regarding whether or not it is actually Shakespeare. It looks like the Droeshout engraving too, and there is, in fact, scholarly opinion that suggests that either of the Chandos or Cobbe portraits might have been used by Droeshout to create his image after Shakespeare had died. They both suffer from the claims that they feature Sir Thomas Overbury, himself a poet from Stratford-upon-Avon who was bearded and balding, and not Shakespeare himself.

Where do we find this stuff? Here are our sources

The Independent – William Shakespeare: Scholars Speculate Whether Playwright Was Gay

Biography – Was Shakespeare the Real Author of His Plays?

BBC Teach – How Did People Really Speak in Shakespearean England?

Ribner, Irving. The English History Play in the Age of Shakespeare. London.2005.

Shapiro, James. 1599: A Year in the Life of William Shakespeare. Harper Perennial. 2010

Taylor, Gary. Reinventing Shakespeare: A Cultural History from the Restoration to the Present. London. 1990