10 Weird Common Practices in Colonial America in the Early History 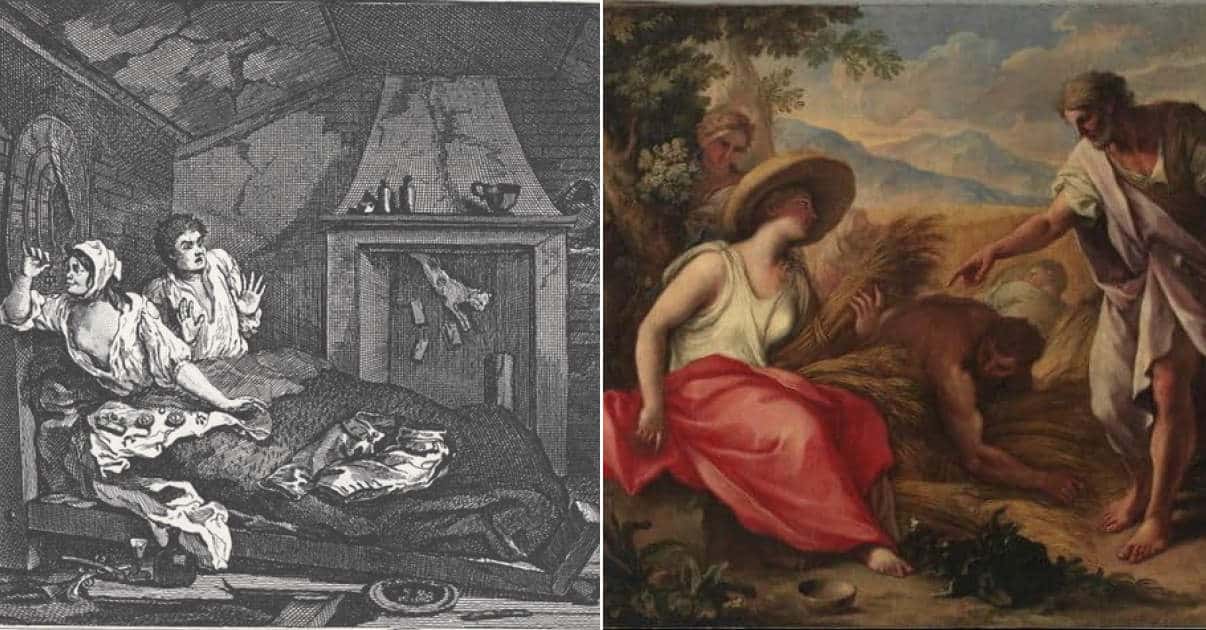 10 Weird Common Practices in Colonial America in the Early History

The fact that homosexuality was present in the earliest settlements of the colonies is evident from the creation of laws outlawing it and the records of the courts punishing those who violated them. In 1636 Plymouth Colony enacted laws prohibiting homosexual encounters, with strict penalties to be applied. Connecticut passed similar laws in 1650, with even harsher penalties attached. The records of both colonies reflect the prosecution of individuals for violating the laws, but they also reflect the steady lessening of the penalties imposed over time.

This may indicate the development of a more open-minded attitude among the Puritans and other groups over time. It may also be a reflection of the realities of the day, in which the colonies faced labor shortages as they grew, and the need for healthy manpower outweighed the need for moral retribution. It may also indicate a reluctance among judges to inflict severe penalties for the commission of a crime that had become common, as it had for premarital sex and other violations of the law which overwhelmed the courts with cases.

Providence Colony, which later became the colony of Rhode Island, referred to sodomy as a “vile” act. “…whereby men given up thereto leave the natural use of woman and burn in their lusts one toward another, and so men with men work that which is unseemly.” None of the colonies addressed the subject of women with women in their laws or their interpretation of the Book of Leviticus, upon which the law and penalties were based, with the exception of the New Haven Colony, which was absorbed into Connecticut.

By the end of the colonial era, all the colonies had laws against sodomy, some of the specifying both men and women, and all of the colonies had greatly reduced the penalties imposed by their courts in most cases, although the laws specified the penalty to be death. But attitudes changed over time. During the American Revolution, a man known for homosexual behavior was in France seeking a position with the American Army while simultaneously facing prosecution for sodomy under one of the German states’ draconian laws.

The man was Baron Wilhelm Von Steuben, and Benjamin Franklin, then in Paris, knew of the charges and of the likelihood they were true. Franklin also recognized the military ability of Von Steuben and the value it would bring to the still amateurish American Army under Washington. Franklin chose to look the other way as regards Von Steuben’s sexual orientation and wrote letters recommending him to Congress and to Washington himself.

In colonial America, disease was a dangerous condition, and epidemics of smallpox, typhus, cholera, malaria, scarlet fever, and others were commonplace in all the colonies. There was also syphilis of nearly epidemic proportions. Syphilis was brought back to the Old World by Columbus, though there is some debate if that was the first time the disease visited Europe. There is no doubt that it was prevalent among the American Indians, and it soon spread through the colonial populations, referred to as the Great Pox, or simply the Pox.

The English colonies were seen by the mother country as an alternative to maintaining convicted criminals in jails at the expense of the public. There were no health restrictions to prevent convicted prostitutes from being shipped to the colonies to become indentured servants, nor to those of their customers who may be infected by venereal diseases as well. Thus the colonies continued to import syphilitic peoples as the colonies grew. Syphilis spread throughout the colonies, and was feared for its degrading and debilitating effects.

By the late 1760s, just prior to the beginning of the activities which would lead to war with England and independence, syphilis and other venereal diseases were at epidemic levels, though then as now they were dependent on sexual contact with multiple partners as a means of spreading. The prevalence of venereal diseases is alone an indication of sexual practices in the English colonies of North America. Their spread was by 1760 a major preoccupation of the medical profession who were, in reality, helpless to do much about it, ill-informed of its causes and ill-equipped to control the disease.

By the 1770s advertisements were appearing in the newspapers and broadsheets throughout the colonies, in nearly all of the cities in Massachusetts, Rhode Island, New Hampshire, and down the coastline to Georgia. These advertisements listed the addresses of doctors who had studied the venereal diseases which had reached epidemic proportions and offered the means to cure the disease. Apothecaries similarly advertised the sale of nostrums to control the ravages of the diseases.

In reality, the medicines did little other than offer some relief of the symptoms, and the doctors could do nothing in the absence of antibiotics to cure the disease. Venereal diseases which started in the colonies continued to plague the American continent, by the time the United States entered the Second World War syphilis was the fourth leading cause of death in the United States. Today STDs continue, rampant throughout the country. Venereal disease offers one more reason to realize that the sexual behaviors of the colonists were not all that different from those of today.

Here’s where to learn more:

Courtship, Sex, and the Single Colonist: The Colonial Williamsburg Journal

What You Need to Know About Common Law Marriage: Brides

How the Pilgrims Changed our Sex Lives: NBC News, November 22, 2006