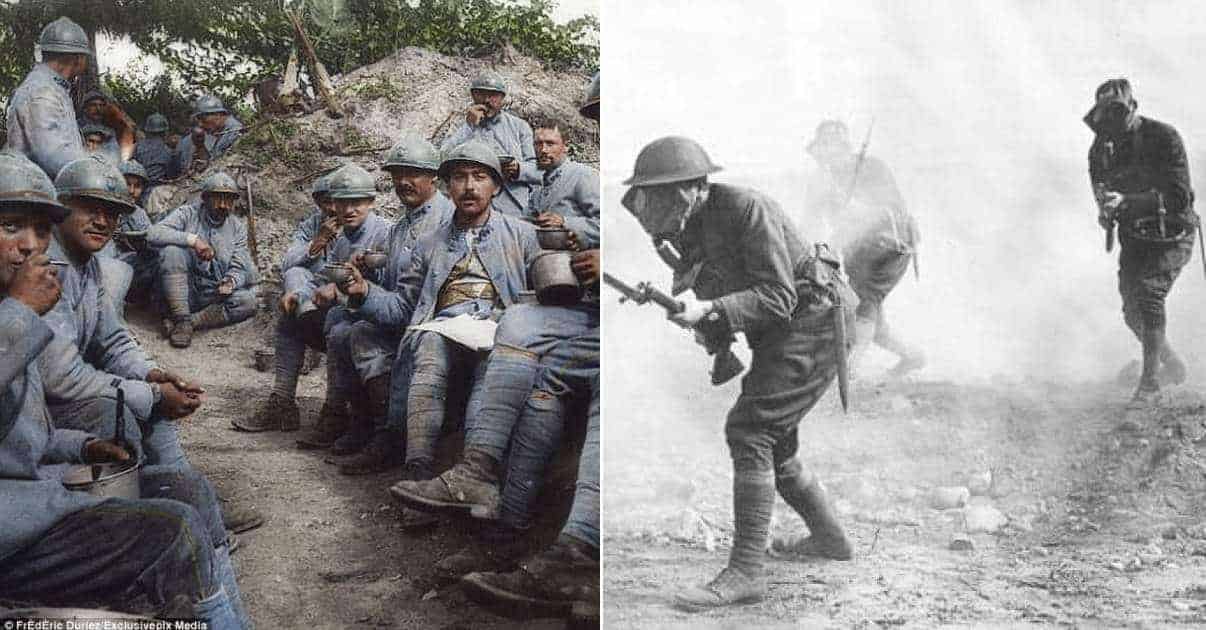 As the Battle of Verdun continued, soldiers arriving there encountered a landscape rivalling Dante’s description of Hell, where once linear trench lines were now little more than defended shell holes after the intense artillery bombardment. Fighting developed into more direct forms of combat between small groups of men battling from one shell hole to another without cover. Cases of “friendly” fire increased as infantry holding these shell holes and craters rather than trench lines , found it much more difficult to distinguish from a comrade from the enemy. To counter this the French sought to regain the initiative in the air by grouping fighter aircraft in squadrons to overwhelm German reconnaissance efforts.
An examination of contemporary private reports written by a postal censor on the 22nd and 28th July 1916 concerning soldier’s letters home provides an insight into the soldier’s morale immediately after fighting at Verdun, and morale six days later. The author speaks of his impression of “physical and moral weariness” inferred from the letters of the 22nd July 1916. Soldiers write of having “hardly any strength” and about the effects of phosgene gas inhalation, which “burns them in the stomach.”
The general sense of fear and horror toward Verdun is evident from the soldier’s own testimony, “Hell,” “Furnace,” “Calvary,” are some of the words used to describe the experience of battle there, (the author further informs us that the soldiers had christened it “Place of Death.”) One soldier describes the night of the 19-20 July 1916, as the best day of his life because his division was taken away from Verdun – “We came out from Hell,” he says, “so what if we get killed elsewhere, Verdun is a nightmare for all troops that have passed there.”
The author also notes the “consolation” of receiving letters from home, which came to mean “much more than the news it conveyed.” As the war progressed; “it was a physical, tangible link with the old life,” which “for a moment banished the surrounding realities of war and provided the incentive to struggle on.” The second survey of letters taken six days later on the 28th July shows the difference in morale after a week away from the Hell of Verdun. Soldier’s minds have turned to home and the plight of the women, to the haymaking and the harvest. Still, though, “they revisit the dark memories of the past week in Verdun” but now the “nightmare” had begun to blur, being replaced with a sense of “pride, accompanied even with honour.”
Memoirs and diaries written during the war provide further evidence of the horror that was Verdun. One anonymous French staff officer writing about the struggle for Fort Douaumont remarked, “Verdun has become a battle of madmen in the midst of a volcano” where “whole regiments melt away in a few minutes, and others take their places only to perish in the same way.” A similar account of the assaults on Fort Vaux describes the effects of a twelve-hour German artillery barrage on its author: “Never had I seen such horror, such hell. I felt that I would give everything if only this would stop long enough to clear my brain.”
An account of the German assault on Le Mort Homme (The Dead Man) written by an anonymous French veteran officer describes how the French Army captured prisoners “knocked down by the falling of the human wall of their killed and wounded neighbours.” According to the author these men “dazed by fear and alcohol” say very little, and that it takes several days for them to recover from their experience of battle.