For William the Conqueror, Winning the Battle of Hastings Was Only the Beginning 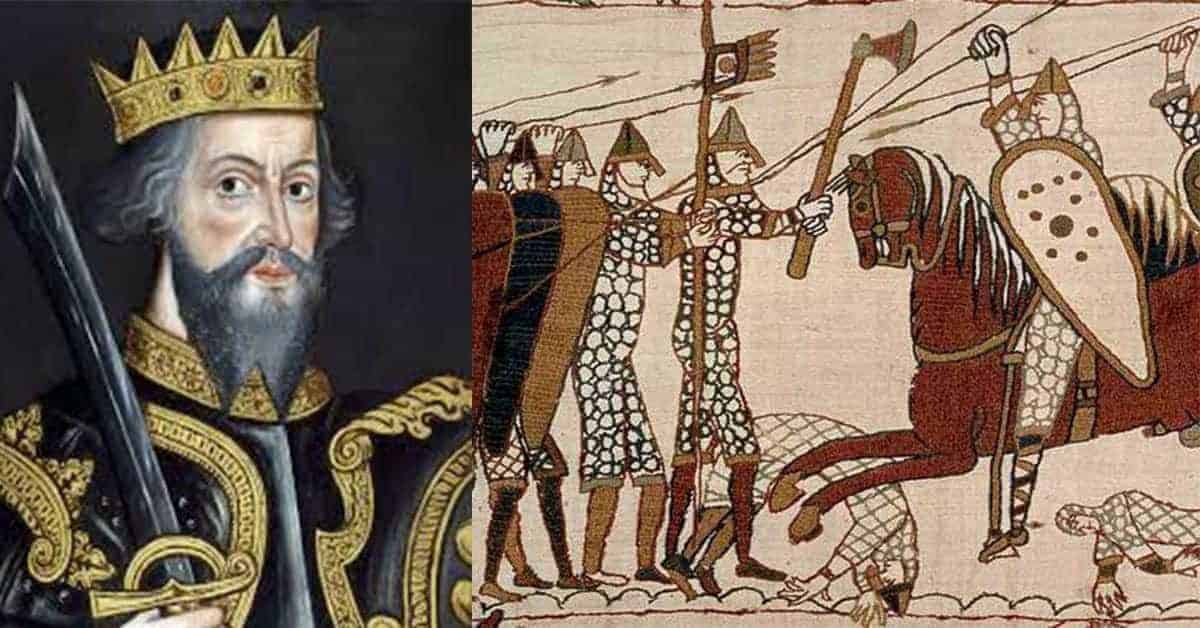 For William the Conqueror, Winning the Battle of Hastings Was Only the Beginning

1066 is one of the most famous dates in British history: William the Conqueror’s victory at the Battle of Hastings. It is always easier to oversimplify history and assume that his victory was all that William needed to win over the people of England, but the Norman Conquest was a complicated and drawn-out affair in which William spent many years suppressing resistance to his rule, especially in northern England. This culminated in the Harrying of the North, in which William and his troops massacred the people and destroyed the land. While many sources document the brutality of the campaign, many modern historians doubt it was as violent as stated.

When Edward the Confessor died childless on January 5, 1066, it led to a succession crisis and a power struggle between many claimants to the throne of England that culminated in the Battle of Hastings. William, the Duke of Normandy and a cousin of the English king, defeated Edward’s successor Harold II on the battlefield. The Norman Conquest wasn’t complete with William’s victory at Hastings, and not everyone in England was happy with this new ruler from Normandy. William attempted to reconcile the Anglo-Saxon lords to his rule by allowing them to hold on to their lands if they swore loyalty to him.

After his coronation on Christmas Day, 1066, William the Conqueror had his crown, but he didn’t have the support of the people of England. Between 1067-1068, there were many revolts against William in various parts of the country, especially in northern England. The lords of northern England were used to being left alone and ruling themselves, so they didn’t like this new king who wanted to rule over them. The Normans built castles in Exeter, Warwick, York, Nottingham, Lincoln, Huntingdon, and Cambridge to establish their presence and to control the rebellions.

William tried to appoint native Anglo-Saxon lords in Northumbria, an earldom in northern England where there was a heavy concentration of resistance, in an attempt to control the area, but this experiment failed. In 1067, the first lord he appointed, Copsig, was assassinated by his rival Osulf; Osulf was murdered himself not long afterward. In 1068, Osulf’s cousin Gospatric bought the earldom from William, but he quickly turned against the king and joined the rebellions against him.

William decided to deal with the Northumbrian challenge himself. He marched north to York in the summer of 1068, where the rebels quickly scattered. Some of the rebels, including Edgar Ã†thling, took refuge at the court of King Malcolm III of Scotland. Edgar Ã†thling had a blood claim to the throne of England and was a symbol of the resistance against the Normans, and he led many of the revolts against the king himself. He was the grandson of Edmund Ironside, the half-brother of Edward the Confessor, and he was seen as a better claimant to the throne than William.

By 1069, William still didn’t control his entire kingdom. His control didn’t go any further than York, about two hundred miles north of London, and there was still massive unrest in Northumbria. In January, William appointed one of his followers, Robert de Comines, as earl of Northumbria instead of trusting a local. He rode into Durham with a party of seven hundred men, despite warnings of rebels in the area, where they were surrounded and slaughtered. The rebels moved into York, where they killed many of William’s men. William returned to York and brutally put down the rebellion.

Over the next year, maybe emboldened by the rebellion in York or perhaps by coincidence, rebellions rose up in areas of northern and southwestern England. Meanwhile, Edgar Ã†thling began the largest rebellion against William in Northumbria. He sought the help of the king of Denmark, Sweyn II, who sent an invasion force of 250-300 ships led by his sons. They raided the east coast of England on their way, and they joined the Northumbrians against William when they arrived. The joint forces of Danes and Northumbrians attacked York again, retaking the city. At the same time, there was unrest on the Welsh border, and in Devon and Cornwall in southwestern England.

What followed during the winter of 1069-1070 was a particularly brutal and violent campaign by Norman forces that became known as the Harrying of the North. On Christmas 1069, William separated his forces into raiding parties to move from York north to Durham and southwest to Chester to find the Northumbrian rebels. The campaign covered over one hundred miles of northern England, destroying everything in its path. The soldiers burned whole villages and killed all the villagers, leaving the bodies to rot. They destroyed the land, crops and livestock so that another rebellion couldn’t take place and the survivors would starve to death over the winter.

There is much documentation describing the Harrying of the North, but modern historians have doubted their accuracy. The 12th-century monk John of Worcester documents that food was rare and that the survivors ate animals and resorted to cannibalism. While this is extremely likely, John of Worcester died around 1140, around seventy years after the event. It is doubtful that he was an eyewitness to the Harrying, and he probably took the information from other sources, making his account less than reliable.

A contemporary of John of Worcester, Orderic Vitalis, blames about 100,000 deaths on the Harrying. Even though Vitalis is generally considered a reliable source in his chronicles of Anglo-Norman England, he wrote fifty years after the event, and he was born five years after it happened. One hundred thousand deaths were about 5% of England’s population at the time, so that number may be an over-exaggeration, especially when you consider that the campaign only stretched over one hundred miles. The death toll was definitely very high, and tens of thousands of deaths is entirely possible.

Other evidence also shows and supports the Harrying of the North. In 1086, the Domesday Book, William’s collection of tax records, claimed that most of the north was still damaged and uninhabitable over fifteen years after the Harrying. Specifically, it states that about 60% of all of Yorkshire was still completely ruined, and even the more valuable areas of the county had lost almost two-thirds of its value since 1066. The Harrying of the North severely damaged the economy of northern England, and it took decades for it to recover.

There is archaeological evidence that supports the burning and razing behavior that is described in written sources. There are batches of coins found buried in Yorkshire, indicating that people were hiding their valuables before they fled. Excavated villages in Durham and Yorkshire were found on an even level, as if they were built at the same time, not a progressive growth over a number of years or generations. This suggests that the original settlements were destroyed and were rebuilt in a regular grid pattern, indicative of Norman architectural patterns.

The Harrying of the North was the most violent and shocking event of the Norman invasion, and many modern scholars describe it as an act of genocide. With the whole of the damage that is documented, modern scholars also doubt that either what is documented is factual or if William acted on his own. Part of his army was needed to guard his castles, and the Harrying of the North only took place over three months. The damage that he could inflict would be limited unless he had outside help. Many scholars have suggested that William hired soldiers from Scotland or Denmark to help with his slash-and-burn campaign.

Despite our hesitation to completely trust the documentation from the time period, the Harrying of the North was designed to scare the people of England into submission to Norman rule and it shaped the idea that we have today of the Normans as merciless warriors. In executing the Harrying of the North, William the Conqueror attempted to show the people of England what happened to people who rose up against their king: he dealt with more rebellions over the years, but he never again had to deal with such uprisings like in the years directly after the Battle of Hastings.

Medium – The Harrying of the North

ThoughtCo – William the Conqueror and The Harrying of the North