US Army: What it Was Like in the US Military in Between Wars 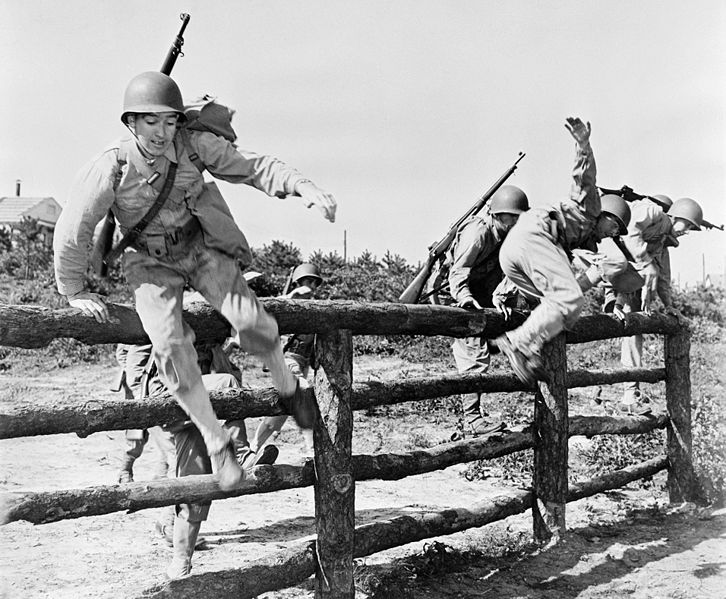 What it Was Like in the US Military in Between Wars

19. For many draftees, the Army provided their first trip by train

New recruits left the induction centers bound for training camps. Some, such as Madison Barracks in upstate New York, had been in continuous use by the Army since the War of 1812. Others were brand new and their numbers increased rapidly. For many recruits, particularly those in the South and on the plains, the journey represented their first departure from the community of their birth. Some went by Army trucks or by bus, most went by train. They arrived in civilian clothes, with civilian haircuts and with their individuality intact. The Army immediately went about removing any vestige of the civilian life they knew. They were dressed the same, given the same haircuts, marched in unison to training, to meals, to classes, and to medical care. The goal of recruit training was to instill instant, unquestioning obedience to orders, adherence to Army principles and traditions, and physical fitness.

During recruit training, individual skills and training led to some men being destined to go on to artillery school, or paratrooper school, or tank training, or signals and communications schools. Some advanced training was open to volunteers only, such as the Navy’s submarine school or the Army’s airborne units. Others were based solely on the needs of the services and the evaluations made by one’s superiors. A soldier who demonstrated an aptitude for heavy weapons was pointed to heavy weapons platoons; a sailor with skills in engine mechanics went on to training as an aviation mechanic, or a shipboard engine room specialist. Drivers with civilian experience in large vehicles went into transportation jobs, bakers became cooks and bakers, heavy equipment operators were often sent to the Navy’s Construction Battalions, known as Seabees. The military used the manpower pool to meet its needs, rather than the men’s whims.

20. The US endured several months of failures thanks to its attitude toward the military between the wars

Across the Pacific, in the Philippines, at Wake Island, Guam, and other areas, the US Army and Navy paid for the long years of neglect during the early months of 1942. Where they did achieve success, such as at Guadalcanal, they paid a heavy price in losses of men, materiel, aircraft, and ships. So many American and Dutch ships were lost around Guadalcanal the area became known as Iron Bottom Sound. The US Army and Air Forces initially achieved success in North Africa during Operation Torch in November 1942, mostly because the Vichy French troops opposing them offered only token resistance, when they fought at all. Three months later the numerically superior Americans faced the Germans in a series of battles fought around the Kasserine Pass in North Africa. They suffered a major defeat, blamed on inexperience, poor leadership, poorer organization, and often inadequate equipment.

Life in the American military during the interwar years, especially in the US Army, was a dreary existence. Enlisted soldiers were poorly paid, poorly trained, poorly equipped, and poorly housed. Officers who entered West Point with glowing ideas about a military career discovered a promotion system which offered little or no advancement, a hidebound command structure which resisted innovation, and a public with little patience for a costly standing army. The burst of patriotism which marked victory in the Great War quickly faded into indifference, impatience, and even open hostility to supporting an Army. That so many great leaders, Eisenhower and Marshall, Bradley and Patton, Nimitz and King and Spruance, unnamed non-commissioned officers by the thousands, endured the years of neglect is remarkable. They enabled the United States to prevail in World War II.

“A Return to Isolationism”. Article, Office of the Historian, US Department of State. Online

“‘What a Magnificent Body of Men Never to Take Another Drink’: The US Army and Prohibition”. Benjamin Runkle, Real Clear Defense. January 16, 2019