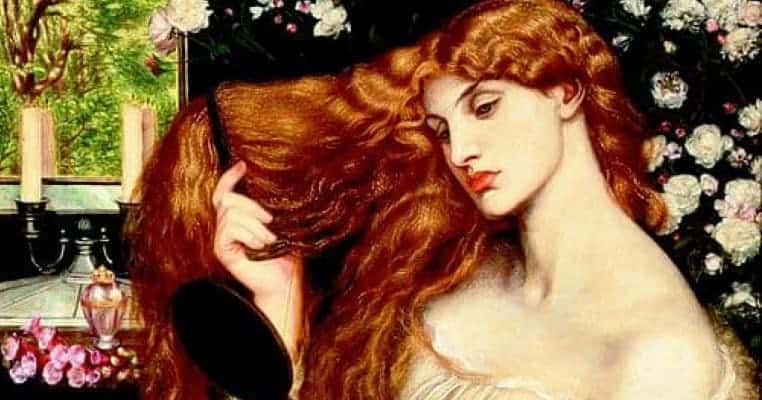 The accounts of classical writers are quick to highlight red hair amongst the tribes they encountered in central and Western Europe. As early as the fifth century BC, Herodotus described the Budini, a Scythian tribe from the central-western Eurasian steppes as having “grey eyes and red hair,” as were the Thracians whose lands covered parts of modern Turkey, southeastern Bulgaria, and northeast Greece. These tribes were regarded as barbarians by the Greeks, despite their military prowess and sophisticated art. However, this was most likely because they were non-Hellenic than because of their hair color.

Meanwhile, the Romans were also noticing the abundance of red hair amongst the tribes they were encountering as their empire progressed ever westwards. Seneca noted that “The color of the Ethiopian is not singular among his countrymen, nor is red hair tied up in a knot a peculiarity among the Germans.”Livy in his History of Rome describes the Gauls as of “tall stature” and having“Long red hair.” These physical characteristics married with their behavior in battle which was to “terrify and appall.” (38.17.4).

Tacitus also noticed the prevalence of red hair amongst the Germans. “For my own part, I agree with those who think that the tribes of Germany are free from all taint of intermarriages with foreign nations and that they appear as a distinct, unmixed race, like none but themselves, ” he noted in his Germania. “Hence, too, the same physical peculiarities throughout so vast a population. All have fierce blue eyes, red hair, huge frames”.

He also noticed that many of the Celtic tribes of Britain also had red hair– and concluded- correctly- that this pointed to an interrelationship between the Celts, Germans and Gauls who all unbeknown to him originated from the central Asian migrations into Europe. In particular, Tacitus noted the Caledonians had “red hair and large limbs” which he felt pointed to a “Germanic origin.”

All of these red-haired tribes match the genetic makeup of the current inhabitants of the lands they occupied. Scotland, Wales and Ireland respectively- the British Celtic nations- all having the high level of red gene carriers and manifestations. On mainland Europe, Brittany, the border between France and Belgium, Switzerland, and Jutland – the ancestral lands of the Gaulish and Germanic tribes- also carry high levels of the red-haired gene. Southwest Norway is unique amongst the Scandinavian countries for the emergence of red hair which some feel justifies the portrayal of Vikings as red-haired. However, genetic analysis suggests that the genes dictating red hair in Norway was brought back there from Ireland and Scotland by Viking raiders.

However, not everyone in these areas would have had red hair. So why was it standing out as such a prominent feature to these southern observers?

Both Greek and Roman culture were astute in noticing red hair was more prevalent in certain climates. The philosopher Aristotle noted that those living in northerly climes, as well as fishermen and divers usually had red hair. He reasoned this was because the moist environment both parties frequented made them chilly individuals but that their outer parts became red when they dried off in the sun! Vitruvius also made a similar but less fanciful observation, attributing red hair to the dampness of the climate because this made individuals living there more ‘moist.”