The Truth Behind the 19th Century New England Vampire Panic 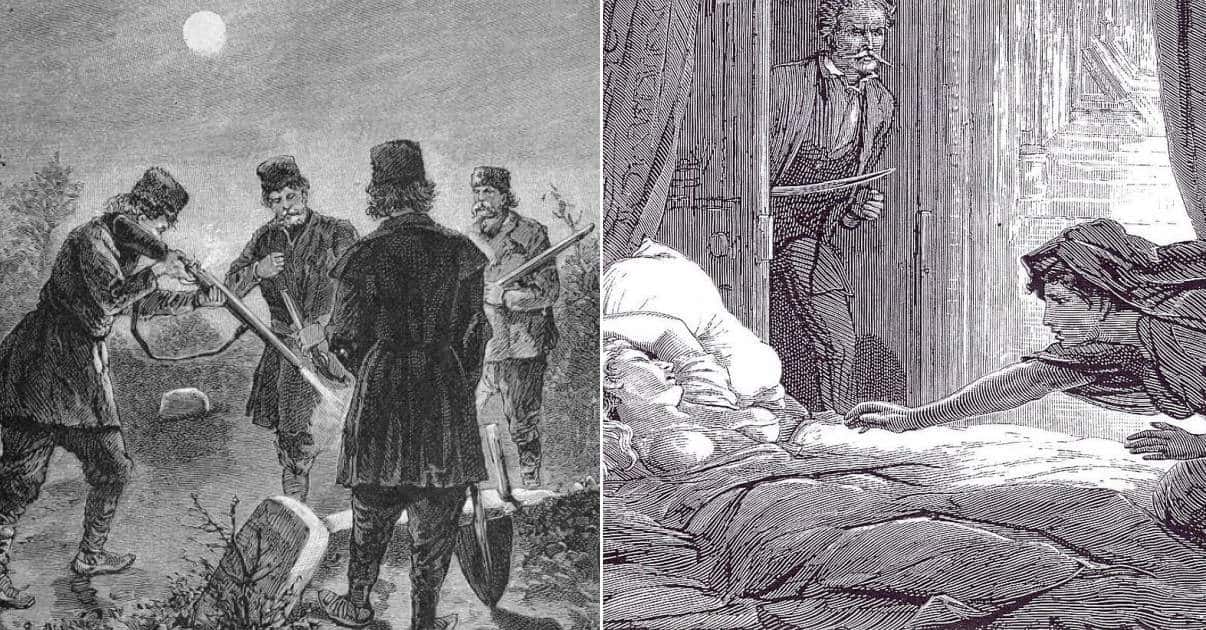 The Truth Behind the 19th Century New England Vampire Panic

When the first European settlers arrived in North America, they found a place that was in many ways frightening. For people coming from the cities and villages of Europe, the new continent seemed wild and unsettled. And the endless, dark forests were a source of terrors both real and imagined. The threat of attack from the native people resisting encroachment on their traditional lands was always present. But in the imagination of the settlers, the woods also held more supernatural secrets. The woods were often seen as a place where witches and demons gathered to hold dark rituals.

And as Europeans settled on the continent, they also brought other superstitions from home that took root in their subconscious and were fed by their unease at the new surroundings. And one of the most enduring myths of the old world was that corpses could rise from the grave and return to feed on the blood of the living. This creature had many names in European folklore: the revenant, the aptganger, or- perhaps most famously- the vampire. The vampire was seen not as a fictional character, but as a very real threat. And that fear of the living dead persisted in the New World for centuries.

But by the late 1800’s, most of the United States had moved on from its belief in vampires. Even at the time, the idea was seen as a relic of an early, less enlightened period. At least that seemed to be the case everywhere but New England. In the rural areas of Vermont and Rhode Island, the belief that the dead could rise and haunt the living persisted. And in the middle of the century, that fear came to a head when the “New England Vampire Panic” led to hundreds of corpses being dug up and mutilated.

It’s odd to think that in a time shortly after a period known as “the Enlightenment,” where science and reason became a serious force in public life, New Englanders could be so convinced that vampires were prowling around their houses at night. But in many ways, the area where the Vampire Panic occurred was a fertile breeding ground for these kinds of superstitions. Unlike the rest of New England, a place of strong puritan traditions, the more rural communities in the area held on strongly to some unorthodox beliefs. They frequently did things like hanging horseshoes in windows to ward off evil and visiting miracle healing springs.

Missionaries from other communities in New England who visited these areas often complained that these superstitions seemed to have more sway among the people than the teachings of the Christian church and that no matter how hard they tried, they couldn’t convince their flock to abandon these notions. These ideas undoubtedly played a role in the Vampire Panic, but we can’t blame the whole thing on superstition. Instead, there were a number of different factors that led people to dig up their friends and relatives. So, what happened during the Vampire Panic and what was behind it?

In 1892, the Brown family of Exeter, Rhode Island, gathered together in the local graveyard. They were there to bury their mother, who had just died of tuberculosis. Within a few months, her daughters, Mary and Mercy, and son, Edward, both contracted the disease and died as well. The fact that most of the family died in quick succession raised the suspicions of people in the community. Fearing that one of the people who had died was returning as a vampire, they persuaded the remaining Browns to exhume the bodies and look for signs of vampirism.

Once the bodies were unearthed, they noticed that Edward and Mary both had gone through the expected decomposition process. But young Mercy’s corpse still looked fresh. To the people of Exeter, this was undeniable evidence that Mercy was a vampire and would soon return to drain the life from the people of the town. So, Mercy’s chest was cut open and her heart removed and burned. The ashes were then mixed with water and given to her brother to drink to protect him from the influence of the undead. But it doesn’t seem to have worked, as he too wasted away and died a few months later.

However, the case of Mercy Brown was hardly an isolated incident. Nor was it the first one of it’s kind. Instead, it was simply a minor part of a panic that was sweeping the region. Dubbed the “New England Vampire Panic” by the national press, the fear of vampire attacks rapidly consumed communities in the area. The answer of each community to the vampire threat was slightly different, but the fear was very real and extremely widespread.

In Vermont, it was common for the entire town to gather and celebrate the burning of a vampire heart. However, it was also common for the people of Vermont to not bother with the burning. Instead, it was considered enough to flip the body over in the grave. Unable to sit up, it was assumed the corpse wouldn’t be able to leave. But in more isolated, rural areas, the practice of slaying a vampire usually involved gathering a few friends and quietly opening the grave in the dead of night to burn the heart. And in many of these areas, beheading the body was believed to be necessary to kill the vampire.

Reports of exhumations and burnings in the area were reported by the press in the rest of the nation. And many people used the opportunity to poke fun at the backward ways of people in communities like Exeter. For many in the rest of New England, these people were already regarded as being uneducated and superstitious. So, the Vampire Panic was a confirmation of the stereotypes they already held. Writers and political cartoonists frequently accompanied the stories of exhumations with mocking commentary on their ignorance. For everyone else, the time when vampires were thought to exist was over. So, why did the people in places like Exeter think they were real?

It’s important to remember that the belief that the dead can come back to life was never limited to New England. Throughout history, different cultures all over the world have developed their own conception of how a body returns from the dead to haunt the living. But all of these different conceptions have a few elements in common. In every case, the body feeds on the energy of those who are still alive. Usually, this meant their family. And when these creatures fed, the victim would start to wither away and eventually die. But that actually gives us a clue of where the idea comes from.

Many historians have suggested that the idea of the vampire is probably rooted in a disease called tuberculosis. Tuberculosis is a bacterial infection that targets the lungs and as the disease progresses, the person affected begins to cough up blood. Over time, they grow weak and pale. This is why it was often called “consumption” during the 19th century. It looked as though the disease was literally consuming the patient from the inside. And tuberculosis is often highly infectious. So people staying in a house with someone who had tuberculosis were very likely to contract the disease as well.

You’ll notice that those symptoms are very similar to those of someone who was supposed to be suffering from the influence of a vampire. And it’s likely that most of the stories of vampires are actually the result of a misunderstanding of what causes tuberculosis. It’s easy to imagine how that would happen. Someone contracts tuberculosis and dies. Within a few weeks, the other people in the house begin to waste away as though the life were being drained out of them. It fits the narrative of the vampire very well.

And this is probably what was behind the New England Vampire Panic. At the time when the panic was most severe- the mid 19th century- New England was suffering from frequent and widespread tuberculosis outbreaks. This is an obvious explanation for why people in the region suddenly felt like vampire attacks were becoming more frequent. In addition, the Civil War had left the area devoid of young men and the communities were rapidly dying due to the fact that there were few people to tend the local farms. As a result, the bonds that connected these communities were breaking.

The psychological strains that these factors put on the people of the region made them more receptive to the idea that vampires were attacking their families. Combined with the already prevalent superstitions about vampires, all of these factors created the perfect environment for a vampire panic to take root. The old superstitions were a source of comfort for the people dealing with a rapidly changing world. And in the face of an epidemic, they let them feel like there was something they could do to prevent the deaths. It’s just that the method they picked was a particularly strange one.