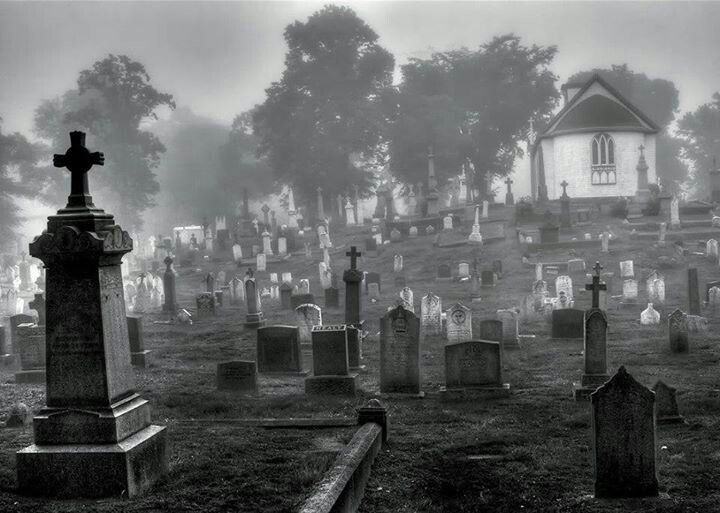 Vampires have been a staple of popular horror since Bram Stoker’s Dracula was published in the nineteenth century. But most world cultures have always had their folklore surrounding revenants: undead fiends who rise from the grave to prey on the living.

Beliefs in the undead and vampires largely stemmed from misunderstanding and ignorance, as people struggled to explain the roots and spread of diseases such as TB, plague, and cholera. Unburied corpses also played on the imagination, when, bloated by gasses caused by decomposition, blood was forced out of the nose and mouth-making it appear as if the deceased had gorged themselves on blood.

These beliefs led to some very interesting burials around the world, as people tried to hold the undead at bay. Here are just five of them:

The Vampires of Drawsko, Poland

Eastern Europe is the popularly conceived home of the vampire. Eastern European folk legends of the blood-sucking undead can be traced back to at least the 10th century, when the Slavic word ‘upir‘ or vampire was first recorded. According to these beliefs, there were several ways to become a vampire. You could be born as one, as it was believed were those born in a caul or with teeth or a tail. But suicides, the excommunicated or those who died suddenly or violently were all at risk of turning once in the grave.

Poland has had more than its fair share of vampire graves. One of the most recent was discovered in 2014. Archaeologists excavating the 17th and 18th-century cemeteries of Drawsko, northwest Poland came across six graves that stood out from the others. The individuals were buried either with sickles across their bodies or with their jaws jammed shut by stones.

The burials fit accounts of apotropaic funeral rites carried out in the area. Records show how farming tools such, as sickles were laid across the bodies of the suspected undead so that should they attempt to rise from the grave, they would be immediately decapitated. Similarly, stones were used to clamp jaws closed to prevent them from feeding.

It is believed the graves are those of the first victims of the various outbreaks of cholera that occurred around Drawsko during the 17th and 18th centuries. They would have been associated with the spread of the disease-which was attributed to supernatural, rather than natural causes resulting in the precautions taken over their burials.

Whitby in Yorkshire is famous for being the landing place of Dracula on his arrival in England. But the Uk isn’t generally famous for its vampire beliefs. However, historical accounts due so that, as with their counterparts in Eastern Europe, the medieval English believed in the existence of vampires.

A 12th century Yorkshire cleric named William of Newburgh, describes just such an English revenant. To escape crimes unknown, a man fled to York and there he lived until his death. But once buried, he did not lie quietly. His body began to rise at night, to roam the quiet streets of the town. The terrified townsfolk took to barring their doors but eventually, their fear drove them to exhume the wrongdoer’s corpse.

They were confronted with a body “swollen to an enormous corpulence, with its countenance beyond measure turgid and suffused with blood.” The people of York mutilated the body to ensure that the revenant could not rise again and burnt it for good measure.

Ten individuals buried between the 11th and 13th centuries, recently discovered in the cemetery of the deserted medieval village of Wharram Percy in Yorkshire show evidence of the same treatment. It has been estimated that three women, two men, a teenager and two children under five were crudely decapitated with knives, their bodies dismembered and their skulls smashed and burnt sometime after death to prevent them from rising from their graves. The grisly remains are the first to substantiate the notion that the medieval English believed in vampires

The Mediterranean harbors its own myths of vampires. The Greek Vrykolakas was something that was a cross between a werewolf and a vampire. Once again, a sacrilegious life was a sure fire way of returning from the grave after death. A Vrykolakas could be identified from its appearance. Swollen and ruddy of complexion, it would appear to be gorged with blood. Indeed, even red-haired people were believed to be vampires.

As elsewhere in Europe, Vrykolakas were held responsible for any epidemics in the vicinity of their graves. They were believed to roam the streets, knocking on their former neighbor’s doors and calling out to the people within by name. It was wise not to answer the door in such circumstances for to do so was to die and become a vrykolakas yourself.

The longer a vrykolakas lived, the more powerful it became. So its body had to be destroyed-preferably on a Saturday, according to some accounts, but always by either impaling the remains, beheading and dismembering them and quite often burning them for good measure. Surrounding the body by water was also a good means of checking a vampire as the dead could not cross water-which is why many small deserted islands have been found to have been used for Greek vampire burials.

A not-so-deserted vampire burial was discovered in 1994 at the capital of Lesbos, Mytilene, in the 19th-century Turkish cemetery. While other contemporary burials were simply deposited into the ground in winding sheets, the man was entombed in a heavy wooden coffin- leading expert to consider that this was a kind of ‘prison’ for the corpse. He was also spiked through the neck, groin, and ankle to keep him from moving from his grave.

A Vampire in New England

An accidental discovery near the site of an old abandoned farm in Griswold Connecticut revealed that a belief in vampires was alive and well in early 19th century New England. More than twenty burials were discovered near the farm, with the deceased placed conventionally in their coffins. But one stood out as different.

Belonging to a male in his 50s, the corpse was buried in one of only two stone crypts in the cemetery. His coffin had been painted red and it was obvious to the excavators that it had been forced open sometime after burial. Inside, the skeleton did not lie in peaceful repose. Instead, it had been disarticulated and its skull and thighbones arranged on top of its fractured rib cage in a skull and cross bones arrangement.

This was nothing to do with piracy. Rather, the vandalism of the grave, estimated at five years after burial, is linked to a series of exhumations of graves in neighboring Jewett city in the 1850s-graves of suspected vampires. The suspected vampires were disinterred, disarranged and reburied. Rib cages of the suspect corpses were smashed, their hearts removed and then burnt in blacksmith’s forges. All were features repeated in the Griswold grave.

This vampire frenzy was perpetrated by an outbreak of TB in the mid-1800s. In an isolated community, fear of the disease, a powerlessness to prevent it accompanied by the pallor of the victims and their coughing of blood created the perfect environment for supernatural superstitions to rear up. The Griswold corpse may have been one of the earliest victims and thus associated with the future outbreaks-explaining why its coffin was later broken into and the body disturbed.

A Lancashire Vampire in Peru

One grave in the local cemetery in Pisco, a fishing town in south Peru has a strange legend behind it. The grave holds the remains of Sarah Roberts, a Lancashire woman who died in 1913 and who was reputed to be one of the brides of Dracula.

According to the locals, Sarah was condemned as a witch and vampire by officials from Blackburn, Lancashire in June 1913. She was flung alive into her lead-lined coffin, but before the lid was shut, she cursed her judges and swore vengeance- an event that was to occur rather curiously in 1993. Fearful of the threats, Sarah was forbidden burial in any of the local graveyards, leaving her husband was left to wander the world until Pisco eventually took her. After this, he disappeared mysteriously, never to be seen again.

In 1993, there was an earthquake in Pisco. Sarah’s grave was one of the few to survive the quake intact all except for the gravestone that cracked. This was enough to give the legend new life. Pregnant women avoided the cemetery for fear that their unborn children would become a vehicle for the vampire’s spirit. Other braver individuals ‘staked’ out the standard tools of the vampire hunter-just in case Sarah decided to reappear.

The supposed bride of Dracula was conspicuous by her absence-probably because she was a simple cotton weaver. Records show that Sarah Roberts was born, bred and married in Lancashire with no other incident. When her brother in law moved to Lima to manage a cotton mill, Sarah and her family visited him- and it was on one of those trips that Sarah died. The only thing that was resurrected in 1993 was her peculiar legend, which arose because of misunderstanding, ignorance-and an environmental disaster.

As for her grieving husband, his disappearance is no great mystery. He simply returned to Lancashire and opened a grocer’s shop.