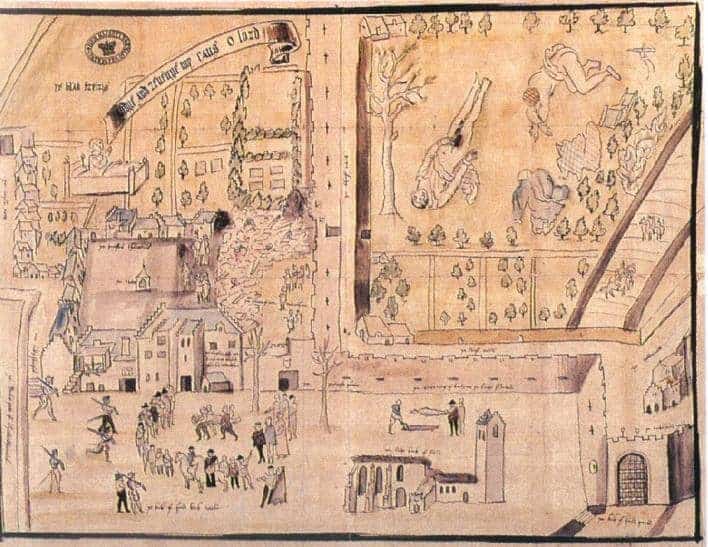 The Motives behind the Murder

The death of Lord Darnley was not an end in itself. Instead, it was a catalyst for the Protestant Lords, aided by William Cecil, Elizabeth I’s chief adviser, to bring down Mary and ensure that, if she lived, she would be so discredited that no foreign power would move to help her regain her throne. For a deposed Mary Queen of Scots suited both English and Scottish Protestants. It meant that Mary’s half-brother, the Earl of Moray could steer Scotland entirely into a protestant reformation- an outcome equally desired by Scottish and English Protestants alike.

Once the murder was achieved, the Protestant Lords worked to bind Mary and Bothwell so close together that the Queen would be implicated in the killing. The placards calling Mary a whore were the first stage. Then the protestant lords encouraged Mary not to look too deeply for evidence against Bothwell. This made it look like the Queen had shielded him when he was acquitted. Bothwell then reputedly kidnapped and raped the Queen. This was probably a sham arrangement. However, certain of the Protestant Lords sanctioned the marriage because it would save the Queen’s honor. The stage was set.

Extra evidence for the queen’s complicity in the murder was acquired from depositions under torture of nine of Bothwell’s kin and servants who were accused of laying the powder. They told how Bothwell ordered the powder to be set in the Queen’s bedchamber. This was critical information as it implicated Mary. However, aside from the fact a pile of gunpowder in the Queen’s room would have been noticed, forensic experts have established that to bring the house down, the powder needed to be placed in the cellar.

The final blow to Mary’s reputation was the casket letters, which were used to show the Queen’s complicity in her husband’s murder. They were produced in York in October 1568 at a meeting to secure a treaty between England and Scotland. The whole affair aimed to leave Mary thoroughly discredited and without hope of support to regain her throne. Mary’s councilors were denied access to the letters, and they were declared genuine. However, Elizabeth I decided the case against Mary not proven. This meant the Queen of Scots could be held in limbo, neutralized to Scottish satisfaction and satisfying Elizabeth’s scruples against shedding her blood.

The Protestant Lords had won. They had made their case successfully against Mary and Bothwell, even if posterity views it differently. However, who did kill Lord Darnley? For Bothwell may have been complicit in the explosion. But did he ultimately end Darnley’s life? It seems not. For on the night of the murder, women from nearby houses claimed they heard their King call out ‘pity me, kinsmen, for the sake of Jesus Christ.” The kinsmen in question were Darnley’s distant relatives from the Douglas clan and known associates of the Protestant faction of Scotland.