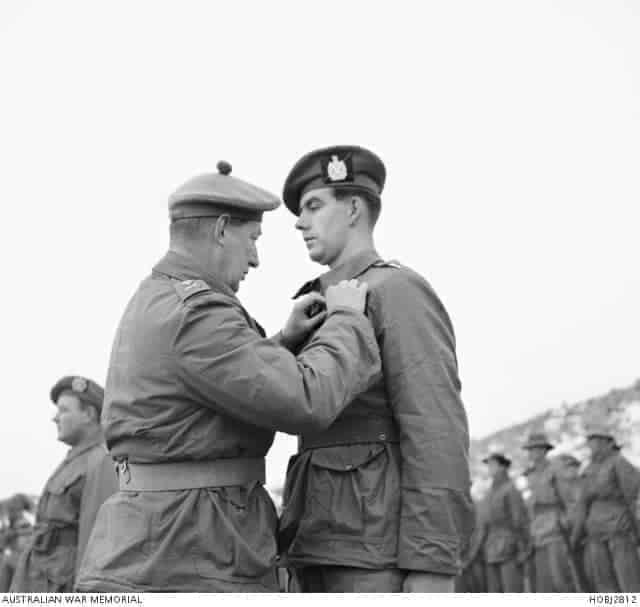 William Speakman was born on September 27, 1927, in Altrincham, Cheshire. With a natural sense of initiative, he was eager to serve in the Army. As a young teen, he watched his countrymen fight against the Axis powers, but was only able to join in 1945 after World War II was already over.

Known as Bill, he joined the Black Watch Royal Highland Regiment. Eventually, he transitioned to the King’s Own Scottish Borderers, and served with them during the Korean War.

Before the Korean War became a stalemate, it was a back and forth struggle. The war broke out on June 25, 1950, but it only took a few months for South Korea to be on the losing end. Before accepting defeat, a U.S. Marine landing at Inchon relieved the South Korean forces. In September of the same year, the North Koreans finally faced opposition, and they were forced to the border of China.

In October 1950, Chinese soldiers crossed the border by the hundreds of thousands. The city of Seoul was caught in the middle of the war, and changed hands at least four times between the enemies. The struggle finally ended when Seoul became a stalemate at the 38th parallel.

During this back and worth conflict, Bill Speakman volunteered for action. He was 24-years-old and off to Korea thanks to his transfer to the King’s Own Scottish Borderers. Speakman desired to fight in the war by any means necessary.

Seeing that the entire unit was losing ground, Private Speakman took charge. Rather than preparing a sudden defense, he took the initiative to fight back. He led a counter-attack without orders and six others joined him. They grabbed handfuls of grenades and charged the Chinese.

Standing at six and a half feet tall, Bill Speakman was dominant on the battlefield. He hurled himself into warfare and launched grenades at every opportunity. In November, the ground is frozen in Korea, which caused the grenades to bounce and land effectively for Private Speakman and the other brave soldiers.

In fact, he recalls that he was in hand-to-hand combat for the majority of the fight. Bill Speakman remembers there was barely any time to pull back the bolt of a rifle. The Chinese attack was massive, and Private Speakman ran out of grenades. Although he slowed down the enemy, the incoming Chinese continued to fight. What happened next is nothing short of a miracle.

Private Speakman and the other British soldiers were lucky enough to indulge in a beer every now and again, even in Korea. Therefore, cases of beer were sent to the front lines and it just so happens that on November 4, 1951, there were plenty of empty bottles lying around.

Without hesitating, he grabbed the bottles and started throwing them at the enemy. Private Speakman was tall and strong; it may seem like a silly idea regarding weapons, but with no other options, the dominant soldier whipped the glass bottles forcefully at his attackers.

His quick thinking proved to help his effort. The effective strategy allowed his unit to move to a better position rather than be completely swamped by the Chinese wave. During the courageous act, Private Speakman was wounded in his leg. He boldly continued to fight and threw objects until his entire squad made it to a safer area.

Because of his heroic efforts, Bill Speakman earned the first-ever Victoria Cross from the Korean War. King George VI initially put forth the award, but Queen Elizabeth II had the honor of giving it to Private Speakman. It was her first time as well, making it a special moment for both.

Upon returning home to Altrincham, the hero received a parade in his name. Loved ones cleaned his home, and the school kids even got the day off to celebrate Private Speakman. He is still viewed as a national treasure, and rightfully so. The selfless soldier served in the Army until 1967. Along with the Korean War, Bill Speakman fought in the Malayan Emergency, the Indonesia Confrontation, and the Aden Emergency.

In 2015, he joined a group of fellow countrymen and returned to South Korea at the age of 88. Bill Speakman donated his Victoria Cross to South Korea because he believes his heroics started there and wanted to leave it there. Although still alive as of 2017, he is nearing the end of his days and the hardened warrior desired future generations to equally enjoy his honor.