Inchon Landing: The US Marines Land At Inchon (1950) 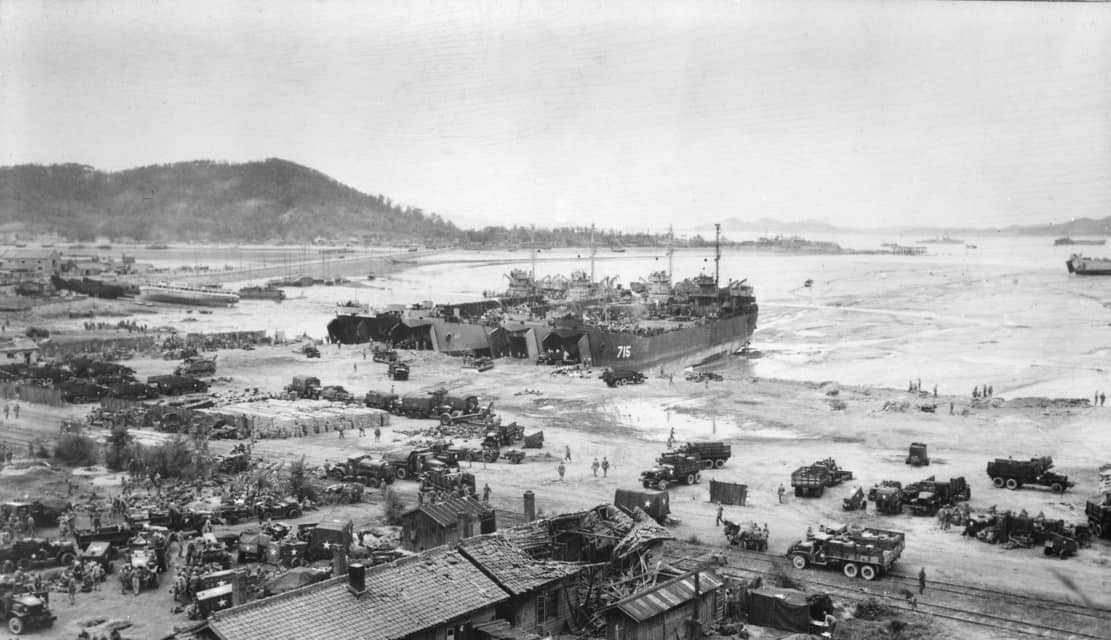 This Day In History: The US Marines Land At Inchon (1950)

On this day in 1950, one of the most daring amphibious landings in history took place. During the Korean War, U.S. forces land at Inchon on the west coast of Korea. The landing took place some 80 miles south of the North and South Korean border and 25 miles west of the city of Seoul. General MacArthur the commander of the UN forces had selected the site personally. Many of his fellow commanders criticized his choice and deemed it to be too dangerous. The Inchon area was behind the communist lines and the tides in the area were notorious.

However, MacArthur was adamant and he staked his reputation on their success. In the end, the landings went as planned. The North Koreans had little or no forces in the area and the US Marines who spearheaded the attack landed safely on the beaches and experienced only sporadic resistance. The Americans’ experience of amphibious landings during the Pacific War helped Inchon to be a success.

The Korean War began on June the 25th when North Korean Communist divisions poured over the 37th Parallel Line and invade South Korea. They took the South Korean army by surprise and they captured Seoul after a few weeks. They had driven the South Koreans and the Americans into the South West of the Korean Peninsula and were trying to drive them out of Korea, completely.

MacArthur the hero of the Pacific War was appointed as commander of the UN forces who had been charged with expelling the North Koreans from South Korea. Daring as ever, MacArthur decided on a bold plan of action. He would land his forces behind the North Korean lines and cut them off in the South and annihilate them.

Buoyed by the success of the Inchon landings and seeing the North Koreans in full retreat, MacArthur was to order his forces deep into Northern territory. It seemed like the Americans were about to conquer North Korea. However, the Chinese intervened in the winter of 1950-1951 and this denied MacArthur a total and comprehensive victory. The war descended into a bloody stalemate with neither side seemingly capable of earning a decisive victory.

The Korean War ended in 1953 and it is estimated that some two million people died in the bloody three-year conflict. To this day there remains the threat of war between the Communist North Korean and Democratic South Korea.