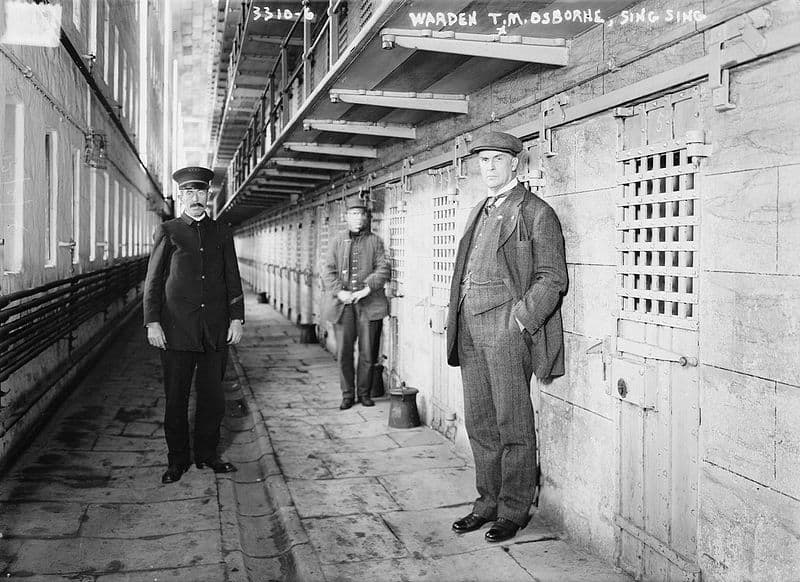 It was decided to use nature to finish off Michael Malloy, it being in the dead of winter. After allowing the old man his usual amount of alcohol one night, a drunken Malloy was escorted to a bench in a nearby park in the Bronx, liberally dowsed with water, and left in his wet clothes to spend the night exposed to the elements, in the belief that pneumonia would kill him if exposure did not. When Marino arrived at the speakeasy the following night he found Malloy waiting for him, having awakened and returned to the bar, where an employee who slept in the basement had let him in. Malloy reported that he had suffered a bit of a chill, which a couple of shots would ward off.

The next attempt to dispatch Malloy consisted of getting him drunk and then dragging him with a car, to create a scenario of a drunken man stumbling into traffic and becoming a victim of a hit and run. After executing the plan one night to the conspirator’s satisfaction – they were certain that Malloy was killed – the conspirators began contacting morgues to verify he was dead. Five days passed before Malloy came into the bar, with only a limited memory of what had transpired, other than waking in a hospital desirous of a drink. He enjoyed several as he regaled Marino and the other utterly befuddled conspirators with his tale, which consisted of few details other than awakening at Fordham Hospital.

After seven months of plying Michael Malloy with alcohol, serving him poisoned food, and attempting to kill him via an automobile, the old man was found dead in a flat near the bar, his face thoroughly wrapped in a towel from which ran a rubber tube to a nearby gas fixture. When the conspirators attempted to collect the insurance money the companies balked at payment, and an investigation into the death of Michael Malloy was initiated. As part of the investigation the conspiracy began to unravel, as each of the four main participants failed to keep their story’s straight. Gradually the truth of what occurred was exposed to light. Each of the conspirators tried to turn state’s evidence in order to receive a lighter sentence.

As they had in their attempts to kill Malloy, at least for the seven months in which they plied him with alcohol, the conspirators failed. The finger pointing and expressions of innocence fell on deaf ears, and the jury was not amused at the tale. Four conspirators were found guilty of several crimes, including first degree murder, and all four were sent to the electric chair at the New York State Prison at Ossining, known to posterity as Sing Sing. They were dispatched with considerably more celerity than the late Michael Malloy, who had proven himself exceptionally hard to kill.

16. Larcena Pennington Page was left for dead by Apache raiders

Larcena Pennington Page (for whom Tucson’s Pennington Street is named) was a working as a tutor when she was stricken with malaria while at Canoa Ranch, in the Arizona Territory. In order to help her recover, her husband moved her to an area of higher elevation. While traveling, Larcena and the child she tutored were alone in their camp when it was attacked by a band of Apaches. Both were taken prisoner. When the Apaches decided to increase the speed of their escape march, wary of the pursuit by Larcena’s husband and others, Larcena was unable to keep up the pace the Indians wanted. Weakened by her malaria, she simply could not go on. The Apaches left her behind, after stabbing her with lances numerous times and forcing her off a more than fifteen foot rocky embankment.

For good measure, the Apaches had taken nearly all of Larcena’s clothing, including her boots, when they left her behind for dead. She had been stabbed multiple times, beaten with rocks, and suffered injuries from her fall. She awoke some hours later and with no alternative, stumbled and crawled fifteen miles to her camp, narrowly missing its departing occupants. The next day she managed to crawl to a nearby saw mill, where she was recognized only after she identified herself by name. Her wounds and the effects of exposure had rendered her otherwise unrecognizable. Larcena’s harrowing escape from death occurred in 1860; she lived another 53 years, dying in Arizona in 1913, one year after the territory became the nation’s 48th state.

17. Andrew Jackson carried a bullet in his lung for most of his adult life

Andrew Jackson survived a sword wound administered by an annoyed British officer during the Revolutionary War after the young Jackson refused to polish his boots. With his brother he was taken prisoner by the British, contracted smallpox, and somehow survived. His brother did not. He was later wounded in a duel, the bullet lodging in his left lung, too near the heart for surgeons to consider its removal. After being hit, Jackson stood his ground and shot and killed his opponent, Charles Dickinson. It was not Jackson’s first foray onto the dueling ground, nor would it be his last. He was also not above entering into a fray on the street, absent the less formal arrangements of the so-called field of honor.

Jackson survived an assassination attempt as President of the United States, believed to be the first attempt on the life of an American president. The assassin, Richard Lawrence, approached Jackson as he was walking with a party of notables leaving the funeral of South Carolina congressman Warren Davis in the Capitol. When Lawrence’s pistols misfired, one after the other, Jackson approached the would-be assassin with his walking stick, striking at either the pistol or Lawrence’s arm to disarm him. He was quickly aided by others attending the service, one of whom was Congressman David Crockett of Tennessee. When Andrew Jackson died in 1845 it was attributed to congestive heart failure, aggravated in part by the bullet which he carried in his lung for so many years.

18. James Bowie cheated death several times before it caught up to him at the Alamo

Famous today for his invention of the Bowie knife (its true provenance is disputed, though Bowie gave it fame), James Bowie survived several duels and outright melees over the course of his lifetime. At the fight which became infamous as the Sandbar Fight Bowie was shot at least twice, hit over the head with a pistol with enough force to break the weapon, and stabbed with a sword cane. When the owner of the sword cane attempted to withdraw the weapon by placing his foot on Bowie’s chest to wrest it out of his body, Bowie used his famous knife to disembowel his attacker. Bowie struggled to his feet with the cane still stuck in his chest, only to be stabbed again by another attacker and shot once more.

Bowie had several other battles across the Louisiana and Texas frontiers, gaining him legendary status as a knife fighter. Such was his fame that Bowie knives were manufactured in England during his lifetime, many of them superior to those made in the United States due to the use of Sheffield steel. He later survived a battle with Comanche Indians in which he and his party were outnumbered by more than 14 to 1. Consumption (tuberculosis) took its toll on his health in his later days, though his heavy consumption of alcohol, exacerbated by the death of his wife from cholera, also contributed to his relative weakness during the siege of the Alamo. Legend has James Bowie dying in his cot fighting the Mexicans with pistols and his famous knife, though the exact circumstances of his death, as with most of the Alamo defenders, is unknown.

19. Ned Kelly wore armor for his final confrontation with the police

To some Australian bushranger Ned Kelly is a folk hero, a sort of latter-day Robin Hood of the outback. To others he is a vile murderer and outlaw. According to some sources no other Australian has been the subject of more biographies, and he has been played in films by Mick Jagger and Heath Ledger, among others, usually presented as a heroic figure of resistance by the working class. Much of the legend surrounding Kelly as a freedom fighter rather than a mere criminal is based on a letter he wrote in which he laid out the path which led him to criminal behavior, a document of self-justification which placed the blame for his crimes on the abuse of power which his family suffered under the government and police.

Kelly and his gang faced the police in his final gun battle clad in armor of their own devise, made from the steel of plows which they had stolen. The armor, which proved effective against police bullets, did not protect the outlaw’s legs and arms and during the shootout Kelly was hit multiple times, wounded in his extremities four times, and with an additional two bullet wounds in his groin. Despite severe shock from pain and loss of blood, Kelly survived his wounds. He was tried for multiple crimes, including several murders and bank robberies, for which he was convicted and hanged, finally accepting death which he had often eluded during the reign of criminal behavior which is still known in Australia as the Kelly Outbreak.

20. William Bligh and the crewmen from His Majesty’s Armed Vessel Bounty

When William Bligh and 18 crewmen from Bounty were cast adrift following the famous mutiny aboard the ship in April of 1789, they took with them barely enough food and beverages to sustain life. Following a brief stop on the island of Tofua, where hostile natives killed one of the party, the remainder determined, under Bligh’s leadership, to make for the Dutch settlement at Timor, 4,000 miles to the west. One ounce of bread and a quarter of a pint of water was the agreed daily ration for the men, occasionally supplemented with salt pork or portable (dehydrated) soup, as Bligh determined necessary. They also had a small supply of wine and rum, which Bligh dispensed medicinally as needed.

The voyage, which eventually saw them land on deserted islands to add to their meager stocks and regain their strength, took 44 days. They suffered from continuous exposure to win and waves, mountainous seas, and rain so intense that they were forced to bail fresh water – badly needed – over the side to remain afloat. It was an astounding achievement in defiance of what should have been certain death. Though several of the men died after arriving in the Dutch settlements, victims of the harsh climate and disease, none were lost on the voyage of the 23 foot launch. Bligh’s determination to remain alive extended to the men under his command, and he saw them all through, proving themselves to be exceedingly hard to kill.

“The Most Iconic Episode From the Life of Blackbeard is How it Ended”. Eric Jay Dolin, Yahoo News. November 21, 2018

“Aleksey Maresyev: A pilot who survived 18 days in the frozen wilderness”. Igor Rozin, Russia Beyond. May 20, 2017. Online

“On The House: The Bizarre Killing of Michael Malloy”. Simon Read. 2005