These Elderly People Peaked During their Twilight Years and Changed History 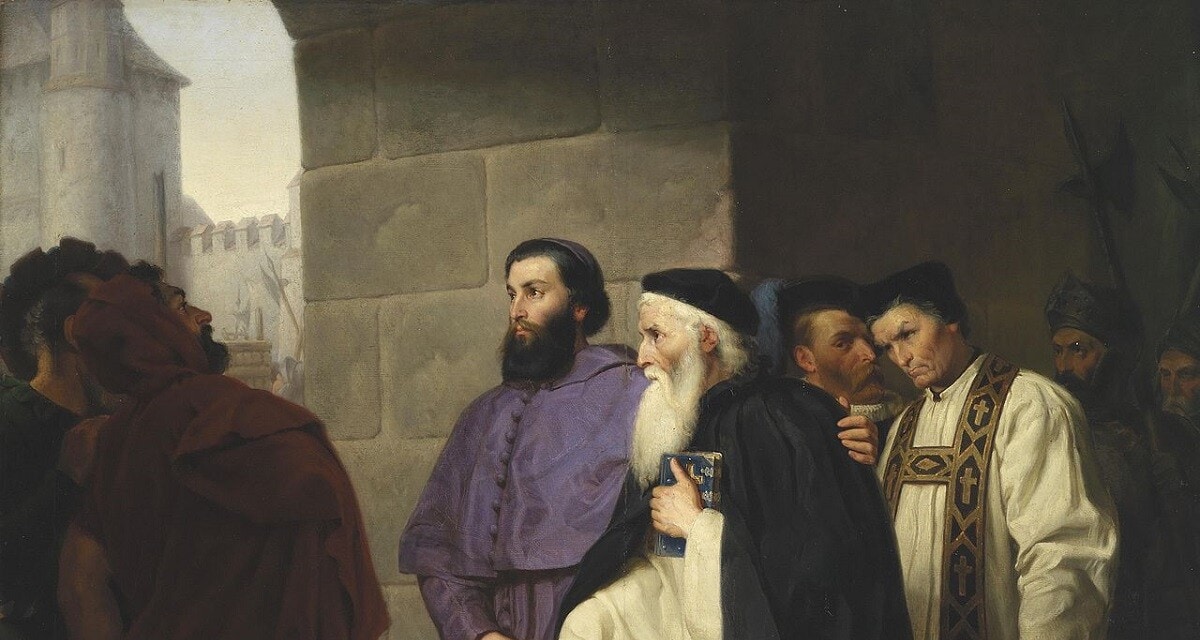 These Elderly People Peaked During their Twilight Years and Changed History

A Patronizing Speech from a Foreigner that Infuriated the Locals

In Kumasi, Frederick Mitchell Hodgson summoned the Ashanti chiefs, and oblivious to their sensibilities, delivered an offensive speech. As Governor Hodgson told the assembled leaders: “Your king Prempeh has been exiled and will never return to you. His power and authority will be taken over by the British Queen and her representative. The terms of the 1874 peace treaty between the Ashanti and Britain, which required you to pay for the cost of that war, have not been forgotten. The Ashanti are required to pay £160,000 a year, plus interest. Then there is the matter of the Golden Stool of Ashanti.

What must I do to the man, whoever he is, who has failed to give the Queen the stool to which she is entitled? The British Queen is entitled to the stool, and she must receive it. Where is the Golden Stool? I am the Queen’s representative, so why have you made me sit on this ordinary chair? You knew I was coming to Kumasi, so why did you not take the opportunity to bring the Golden Stool for me to sit upon? However, you may rest assured that although you have not delivered the Golden Stool into the hands of the British Government, it will rule over you with the same impartiality and fairness as if you had produced it.” As seen below, the audience did not like what they heard.

The Old Woman Who Fired Up Resistance

Governor Hodgson’s speech did not go down well with the Ashanti, to say the least. It was as if an extraterrestrial had arrived in Mecca, addressed a throng of Muslim religious leaders and other faithful, and requested that they take him to the Kaaba so he could defecate atop it. It was unfortunate that Hodgson was so ignorant about his audience and of what made them tick. For generations, the Ashanti had been West Africa’s fiercest tribe. Pride alone would have demanded that they fight rather than meekly submit. A less oblivious governor would have known that the Ashanti would never willingly produce the Golden Stool – symbol of their state and people, past, present, and future – for a foreigner to sit upon and defile.

When the assembled Ashanti chiefs dithered, old Nana Yaa Asantewaa stepped up. She shamed her people for their passivity and perceived cowardice, and fired them up into resistance with a speech, the gist of which went: “I see that some of you are afraid to step forward and fight for our king. If we were still in the brave days, the days of Osei Tutu, Okomfo Anokye, and Opoku Ware, our chiefs would not simply sit down and see their king being taken away without firing a shot. In those days, no white man could have dared to speak to an Ashanti chief the way the Governor spoke to you chiefs this morning“.

Nana Yaa Asantewaa continued on, and stirred up her tribe to stand up against the British. “How can a proud and brave people like the Ashanti sit back and look while white men take away their king and chiefs, and humiliate them with demand for the Golden Stool? The Golden Stool only means money to the white man; they have searched and dug everywhere for it. I shall pay nothing to the Governor. If you, the chiefs of Ashanti, are going to behave like cowards and not fight, you should exchange your loincloths for my undergarments.

Is it true that the bravery of the Ashanti is no more? I cannot believe it. It cannot be! If the men of Ashanti will not go forward, then we, the women, will. We will fight the white men until the last one of us falls in the battlefields“. The old Queen Mother put an exclamation mark on her badass speech when she grabbed a gun and fired it into the air. The effect was electric. The speech fired up the audience and whipped the embers of Ashanti resentment into a massive blaze of resistance.

That night, after her fiery speech, Nana Yaa Asantewaa and the gathered chiefs “drank the gods” – libations poured out as offerings – and pledged to rid themselves of the British yoke. She was also appointed Ashanti war leader and commander of the forces – a role to which no woman had been appointed before. Within days, thousands flocked to join her. Many more who had initially been reluctant to join, were shamed into doing so after Asantewaa enlisted Ashanti women to carry out a highly effective public relations campaign. Women were organized into groups to march around their villages, and engaged in martial rituals to demonstrate their support and solidarity. The masculinity of laggard men was publicly challenged, and Asantewaa even got Ashanti women to withhold physical relations from their husbands if they did not join the resistance.

Governor Hodgson hastily retreated into Kumasi’s fort, along with his wife and military escort. They were soon surrounded by thousands of warriors, deep in Ashanti territory and hundreds of miles away from the coast and British military rescue. The fort’s machine guns and modern artillery held the besiegers at bay. So the Ashanti, who lacked artillery to breach its walls, settled down to a siege. They cut off the defenders from supplies, and hoped to starve them into surrender. Asantewaa continued to display her badass chops. She had her men erect massive barricades along the routes to Kumasi. Made of stone, logs and dirt, they proved highly resistant to British artillery. Between the barricades, ambushes, and other Ashanti tactics, the pace of a British relief expedition sent to rescue Hodgson was reduced to a crawl.

The Old Woman Who Brought a British Advance to a Crawl

A British relief column of about 700 men finally reached Kumasi’s fort, only to end up besieged themselves. When supplies ran low, Governor Hodgson organized the healthiest men into a breakout, which spirited him and his wife to safety. They left the sick and wounded behind. Eventually, a second and more powerful British expedition was organized to suppress the Ashanti. It marched into Kumasi, lifted the siege, broke the Ashanti resistance, and ended the War of the Golden Stool. It had cost the British over a thousand lives, while the Ashanti lost an estimated two thousand.

The Ashanti were annexed, and incorporated into the Gold Coast as a protectorate. However, they were allowed to run their own internal affairs, with considerable autonomy that amounted to de facto independence. The Golden Stool was not surrendered to the British, but hidden deep in the forest. It was accidentally discovered decades later by some laborers, who desecrated it by removing some of its ornaments. As to Asantewaa, the Ashanti warrior queen was exiled to the Seychelles, where she died of old age in 1921. Her body was eventually returned to her homeland, where it was buried with honors. Today, she is viewed in Ghana as a great national heroine.

Hugh Latimer (circa 1487 – 1555) was an English Protestant bishop burned at the stake in old age by Queen Mary during her campaign to restore England to Roman Catholicism. King Henry VIII had taken England out of the Catholic Church when the Pope refused to grant him a divorce from Mary’s mother. He established the Church of England, and appointed himself its head. However, he kept many doctrines and practices of Catholicism. Hugh Latimer had graduated from Cambridge University, and was elected a fellow of its Clare College in 1510.

Latimer became a Catholic priest in 1515, but switched to Protestantism in 1524. He became a zealous advocate and defender of his new faith. He gained renown as a Protestant preacher, and was appointed a bishop by Henry VIII in his newly formed Church of England. However, Latimer resigned in protest when the king refused to adopt Protestant reforms. Henry was succeeded by his underage son, Edward VI, who was more staunchly Protestant. In the son’s reign, England became decidedly more Protestant. Latimer regained royal favor, was appointed court preacher, and became the young king’s chaplain.

An Old Man Who Went Out Like a Total Baddie

Unfortunately for Hugh Latimer and England’s Protestants, Edward VI died young and without issue. He was succeeded by his sister Mary, a staunch Catholic who viewed Protestantism as a heresy, and was determined to restore England to Catholicism. Mary ordered that prominent Protestants, such as Latimer, be imprisoned and tried for heresy. Latimer, along with fellow bishop Nicholas Ridley and Archbishop Thomas Cranmer, was tried for heresy in Oxford in 1555. When he refused to renounce his faith, he was convicted of heresy and sentenced to be burned at the stake.

Latimer was chained to the stake alongside Ridley. When the flames were lit, Ridley cried out in anguish. Latimer sought to comfort him even as he himself was being consumed by fire. The old bishop told his colleague: “be of good cheer, master Ridley, and play the man; we shall this day light such a candle in England, as I hope, by God’s grace, shall never be put out.” It could be argued that the candle still burns. Queen Mary’s efforts to restore Catholicism failed. When she died in 1558, she was succeeded by her Protestant sister, Elizabeth I, and England has been Protestant ever since.

Africa: Journal of the International African Institute, Vol. 77, No. 2 (2007) – The Life and Afterlife of Yaa Asantewaa

First Things, a Monthly Journal of Religion and Public Life, No. 284, 2018, p. 33+ – Latimer and Ridley are Forgotten: Peter Hitchens Recovers a Protestant Understanding of England’s Martyrs

History Collection – 85 Year Old Prime Minister Wheelbarrowed a Donation of 32,000 Books Between his Home and the Library in this Touching Story

Livy – The War With Hannibal

Plutarch – The Parallel Lives: The Life of Agesilaus

Parkinson, Roger – The Hussar General: The Life of Blucher, Man of Waterloo (1975)