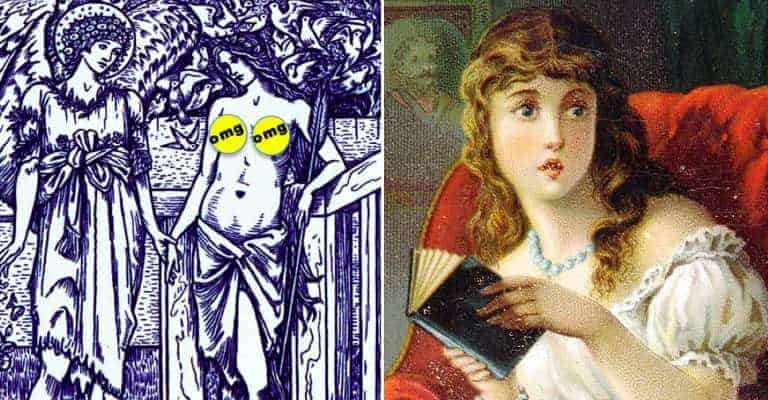 The callousness of the couple’s sexual exploits is enough to make the reader’s skin crawl. They have sex often in view of Simone’s mother. They include a mentally-ill woman in their relationship, who eventually loses her grip on reality. When she commits suicide, the couple has sex next to her dead body. Simone and the narrator leave the country, where they meet an English aristocrat who encourages their behavior. When the three visit a church, Simone seduces a priest and strangles him to death. The couple and the aristocrat escape to Andalusia where the aristocrat buys a yacht for them to continue their sexual debauchery.

Georges Bataille was an intellectual who explored the meaning of life and experience through his writing, incorporating constant themes of transgression and eroticism in his texts. While literary circles largely discredited his pornographic works in his lifetime, considered only for their inclusion of shocking sexual fetishes, later scholars have analyzed Bataille’s The Story of the Eye, as part of a twentieth-century literary movement called “literature of transgression.” The philosopher Michel Foucault used The Story of the Eye as a crucial work in the development of transgression as a literary device in his 1963 article “A Preface to Transgression.”

Transgressive themes are present throughout literature that provides social critique, especially in erotica that detail fetishes and sexual exploration. Characters in transgressive fiction feel trapped by society’s restrictions or codes of behavior, engaging in drugs, sex, or alcohol to rebel against these restrictions. Transgressive literature didn’t emerge as a particular genre until the twentieth century, fully reaching its height by the end of the century; it remains one of the most influential and commercially successful trends in literature today.

As a member of “The Lost Generation,” Henry Miller was one of many expatriate writers and artists who found solace in Paris during the interwar years. Art and literature became autobiographical, describing the directionless feeling that writers and artists felt from their sobering experiences of surviving World War I. Literature explored the methods the writers used to find their way, such as drinking and engaging in open relationships. In his novel, The Tropic of Cancer, Henry Miller draws on his own experiences, weaving a semi-autobiographical tale just as famous for its observations on 1930s expatriate life as it is for its graphic descriptions of his main character’s sexual encounters.

The sexual encounters of Miller’s protagonist were so explicit that it was banned and censored in multiple countries, including the United States, Canada, the United Kingdom, and Finland. The United States Customs Service banned The Tropic of Cancer after its publication in France in 1934. In the early 1960s, when the American Publisher Grove Press published the novel, more than sixty plaintiffs in twenty-one states filed obscenity suits against retail booksellers. Since the United States Supreme Court ruled that The Tropic of Cancer did not have the characteristics of obscene literature in 1964, it has become one of the most important American novels of the twentieth century for what the New York Times considered the “free speech that we now take for granted in literature.”

Sir Stephen proves to be stricter than her lover, but that is the point: Rene wants to teach O how to be a submissive lover when there are no personal feelings involved. By summer, Sir Stephen has complete control over O, who sends her to a mansion of dominant female masters for further training. When O returns to Sir Stephen, he presents her to a party as a sex slave, and everyone at the party objectifies her in every possible way.

Written under the pen name Pauline Réage, French novelist Anne Desclos kept her identity a secret for about four decades; finally, before her death in 1998, she revealed that she had written The Story of O and why she had written it. While she was working for the French publisher Jean Paulham, who was also her boyfriend, he revealed that he was a fan of the Marquis de Sade. When he also told her that no woman could write like the eighteenth-century French nobleman, Desclos took the statement as a challenge, writing The Story of O as a love letter to Paulham.

The Story of O was a huge commercial success, winning the coveted Prix des Deux Magots literature prize in France in February 1955. The French courts brought obscenity charges against the author and the publisher. The charges were eventually thrown out, but the courts won the right to prevent the publisher and the unknown author from publicizing the book for many years. Many Feminists have heavily criticized the novel for its objectification and violence against women. A group of French feminists, Mouvement de liberation des femmes, publicly protested when a film based on the book was released, claiming that the book and the movie were offensive.