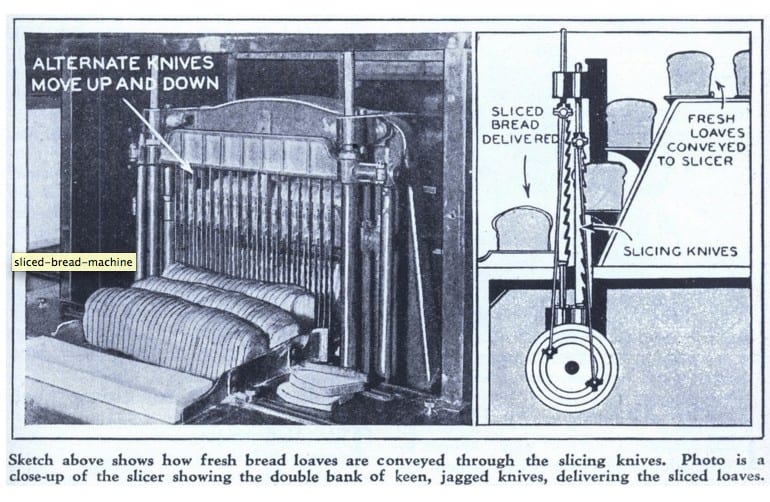 Americans Fight To Get Sliced Bread Back.

Americans tried to make sense of the ban on sliced bread. If they were using the metal from sliced bread machines to create tanks or artillery, it would have been understandable. However, these bread making machines almost never broke down. Once a bakery had one of these machines. they really never needed to purchase another one ever again. So the metal had already been used, and would be useless to the US Army. This is why people were confused. They didn’t believe that this was actually helping the world effort at all, and they were right.

As we mentioned earlier, the United States already had a huge emergency reserve of wheat in their silos after the first world war, and farmers continued to grow more crops each year. There had not been a famine or any reason to believe why there wasn’t enough wheat to go around. They truly had enough to last throughout the war. It was flabbergasting to pretty much everyone why they should give up their daily doses of sliced bread.

Of course, something else that was important during World War II was keeping up the morale on the home front. These poor housewives who had sliced bread taken away from them, it was practically like taking away someone’s electricity. Baking bread takes over an hour of work, and they were back to square one with struggling to cut perfect-sized slices. Countless numbers of angry housewives begin writing letters to Claude R. Wickard.

One such mother explained how difficult it was to bake a loaf of bread and slice it for her husband and children every day. She submitted it to the New York Times, and they published her letter: “I should like to let you see how important sliced bread is to the morale and saneness of a household. My husband and four children are all in a rush before, during and after breakfast. Without ready-sliced bread I must do the slicing for toast — two pieces for each one — that’s ten. For their lunches I must cut by hand at least twenty slices, for two sandwiches apiece. Afterward I make my own toast. Twenty-two slices of bread to be cut in a hurry. They look less appetizing than the baker’s neat, even pieces. Haven’t the bakers already their bread-slicing machines and for thousands of loaves?”

In 1943, the US government had heard enough complaints. The government announced that the ban was lifted due to the fact that it did not save as much money as they imagined that it might. Housewives everywhere celebrated as their beloved sliced bread returned to store shelves. People have continued to consume sliced bread on a daily basis, declaring that everything was the “best thing since sliced bread”. If the story teaches us anything, it’s that we should never take these small luxuries for granted in the modern world.

The Invention of Sliced Bread. Pricenomics.