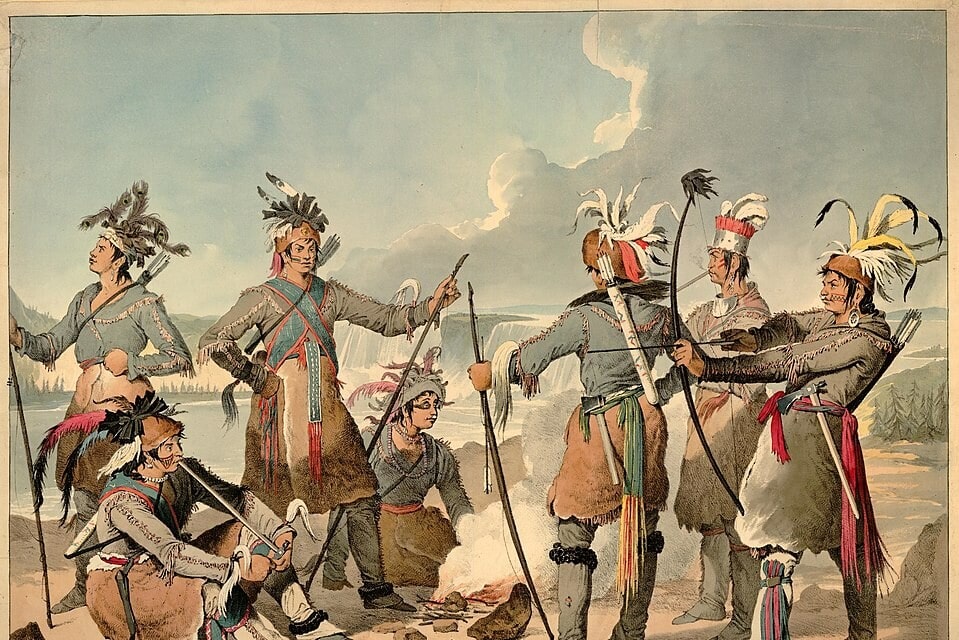 20. Did the Iroquois Confederation influence the Founders when they created the Constitution?

There are some scholars and historians who believe without question the Iroquois Confederation served as the basis of deliberation which led to the US Constitution. However, the notes and subsequent writings of the delegates who were there do not support the contention. There is no doubt several of the framers, especially those from New York and Pennsylvania, as well as George Washington and John Adams, were aware of the Iroquois form of government. Subsequent anecdotal evidence, such as the story of John Rutledge reading from the Iroquois Great Law to the delegates is proved false. The words Rutledge is said to have read, which formed the basis of the Preamble to the Constitution, do not appear in the Iroquois Constitution. No other delegate recorded Rutledge’s reading Iroquois law to the delegates. Native governments may have been discussed, but there is little evidence to support serious consideration.

Moreover, the Iroquois system was and is based on hereditary positions, a system which the delegates in Philadelphia deliberately strove to avoid. They had, after all, just fought a long and bloody war to free themselves of such a government. The Founders created a system which operated under majority rule, with safeguards to protect the rights of the minority. They rejected the idea of a consensus democracy as practiced by the Iroquois (and which is the basis of government in Switzerland, Austria, and other western nations today). In 2014 Politifact considered the issue of Iroquois influence on the Constitution of the United States and found it to be “mostly false”. They noted, “â€¦Major elements of the Iroquois system are altogether absent in the US governmentâ€¦” and further observed the precedents of European governments were more influential. Nonetheless, those convinced of Iroquois influence are unlikely to be persuaded otherwise.

“Franklin Listens When I Speak: Tellings of the Friendship Between Benjamin Franklin and Skenandoah, An Oneida Chief”. Paula Underwood. 1996

“Seth Newhouse’s Traditional History and Constitution of the Iroquois Confederacy”. William N. Fenton, Proceedings of the American Philosophical Society. May 16, 1949

“Albany Plan of Union, 1754”. Article, Office of the Historian, US Department of State. Online

“Notes on the State of Virginia”. Thomas Jefferson. 1785