Today in History: The U.S. Constitution is Ratified (1788) 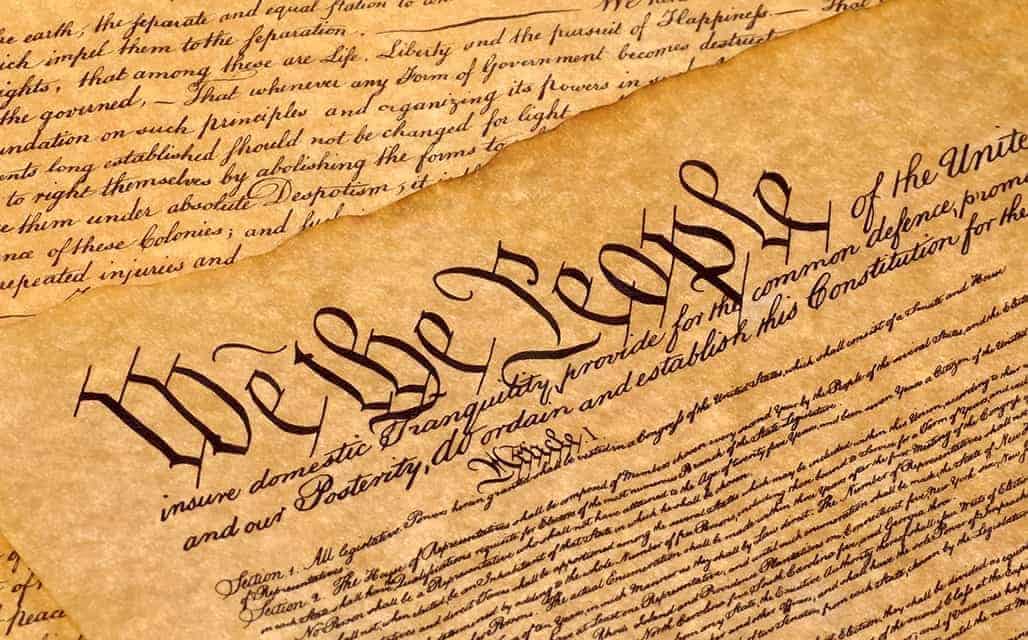 Today in History: The U.S. Constitution is Ratified (1788)

The United States Constitution is considered one of the most important documents in American history, and for good reason. Without the Constitution, the federal government would have little right to govern the states at all.

As a legal document, the United States constitution was very controversial, and has continued to be a source of almost constant argument since its ratification on June 21, 1788. By 1786, the majority of the new country’s leaders knew that the Articles of Confederation, which were the governing force of the country after the US declared independence, were falling apart at the seams. The Articles did not allow for federal authority over foreign trade, interstate trade, currency or taxes. In May 1787, the Constitutional Convention was convened in Philadelphia, Pennsylvania after the congress endorsed a plan to draft a codified constitution.

It took three months, and a number of compromises, but on September 17, 1787, the US Constitution was signed by 38 of the 41 delegates that had been sent by the states to construct a new constitution. The document they created, structured a strong federal government, with a system of checks and balances between three different branches of government. The document was then sent to each of the 13 states, as it wouldn’t be ratified until nine of the states ratified it.

That happened when on June 21, 1788, New Hampshire became the ninth state to ratify the Constitution. The ratification process was a long, drawn out process for many of the states. In fact, it would be 1790 before the last state officially ratified the US Constitution, despite being the document that formed the US Government on March 4, 1789.

Delaware, Pennsylvania, New Jersey, Georgia and Connecticut all ratified the document very quickly (December of 1787). The rest of the states all had a rougher time of ratifying the Constitution. Massachusetts opposed ratifying the document because it didn’t have a section guaranteeing personal or state rights (something that would be added later with the first 10 amendments to the Constitution, also known as the Bill of Rights). The only reason Massachusetts agreed to ratify the constitution at all was that there was a compromise struck that guaranteed the bill of protections would be proposed immediately upon the Constitution going into effect. Other states (Maryland and South Carolina) also ratified the Constitution soon after the compromise with Massachusetts was struck.

After New Hampshire ratified the document, New York and Virginia both followed. On September 25, 1789 the first United States Congress under the new Constitution adopted 12 amendments that would be called the Bill of Rights. Only 10 of them would be ratified in 1791. Rhode Island would not ratify the Constitution until 1790, and only then because the federal government threatened to shut down all commercial relations if they failed to do so.

If for no other reason, the United States Constitution is remarkable because of its longevity. It is the oldest written constitution in the world, and is the benchmark that several other countries have used when writing their own governing documents. It isn’t perfect of course, as noted by the 27 amendments that have been ratified and attached to the original document. It has been called arcane in recent years, but there haven’t been any real attempts to replace it. Despite the constant controversy and reimagining behind the interpretation of the document, it has worked for over 230 years.