The Nazino Affair: The Tragedy of Soviet Union’s Cannibal Island 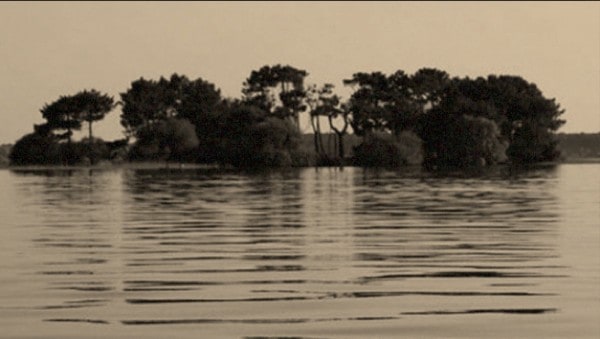 The Nazino Affair: The Tragedy of Cannibal Island

The Cannibals of Death Island

Shortly after the settlers arrived on Nazino, Stalin finally rejected the idea of the labor settlements. However, on May 27, a further 1200 deportees joined the original settlers on Nazino. By this time order had well and truly broken down, with death, disease, and chaos in charge. Those settlers with a flour ration found that without utensils and bread ovens, there was no way they could bake bread. In desperation, they mixed their flour rations with river water and quickly contracted dysentery. Many, already weak died. However, some managed to escape illness. For them, there were just two choices.

The first choice was to escape. Some of the more able settlers constructed makeshift rafts and tried to escape by the river. Many drowned when the rafts came apart midstream. Others who survived the water found themselves hunted down like animals for the sport of the guards. However, anyone who made it across the water was left unmolested. This was because the terrain was so harsh and the escapees so ill-prepared for survival that they were deemed as good as dead.

The second choice was to stay on Nazino and survive whatever the cost. Murder became frequent as the survivors fought over the meager and ever diminishing resources. The guards were unable to control the gangs, which roamed the island and so left them to their murderous rampages, contenting themselves with punishing minor offenses amongst the weaker individuals. However, by the end of the first week, the starving settlers had already turned to cannibalism. The signs were first noticed by health officers who observed five corpses with body parts missing.

Perhaps the most chilling account of cannibalism comes from the testimony made in 1989 by an elderly Ostyak woman. In 1933, the woman was just 13 years old. She was visiting Nazino with her family as they did every year to collect poplar bark. Usually, Nazino was empty. However, this time, they found “people everywhere” and doing the most inhumane things. The elderly witness described how the lover of one of the camp guard, Kostia was set upon in his absence. “People caught the girl, “the woman recalled, “tied her to a poplar tree, cut off her breasts, her muscles, everything they could eat, everything, everything…. They were hungry…. they had to eat. When Kostia came back, she was still alive. He tried to save her, but she had lost too much blood.”

In early June, the authorities dissolved the settlement on Nazino. After less than a month on the island, just under 4000 people had died. The surviving 2856 deportees were moved to other settlements upriver. Meanwhile, the Soviet government held a swift and covert inquiry into events. Apart from the imprisonment of several of the surviving guards, the authorities swept the whole matter under the carpet. However, with the advent of Glasnost in 1988, the details of the tragedy became publicly available for the first time. However, the Ostyak people around Nazino never forgot the terrible events of summer 1933. To them, Nazino was and always will be Death Island.

Where Do We Get this stuff? Here are our Sources: