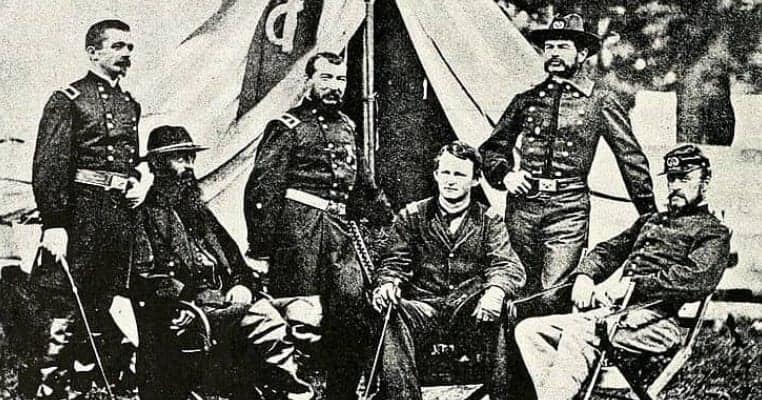 40. The soldiers of the Civil War created the largest American Army to be seen until World War One

About two and three quarter million men served in the army on both sides of the American Civil War, roughly two million of them for the Union. Over 600,000 died from combat, disease, or accidents, and in the early 21st century estimates of the total deaths in the military of the Civil War continue to be revised upwards. Several hundred thousand more were maimed physically during the war, and thousands of the post-war veterans were plagued by what is now known as PTSD, undiagnosed at the time. About 6% of the Union troops had been draftees; a considerably larger percentage of the Confederate army was conscripted, a fact often ignored by history.

“If the Civil War didn’t kill you, the food might”. April Fulton, National Geographic. April 14, 2016

“Who was the common soldier of America’s Civil War?” Article, HistoryNet. Online

“The Life of Johnny Reb: The Common Soldier of the Confederacy”. Bell Irvin Wiley. 1979

“The Life of Billy Yank: The Common Soldier of the Union”. Bell Irvin Wiley. 2008