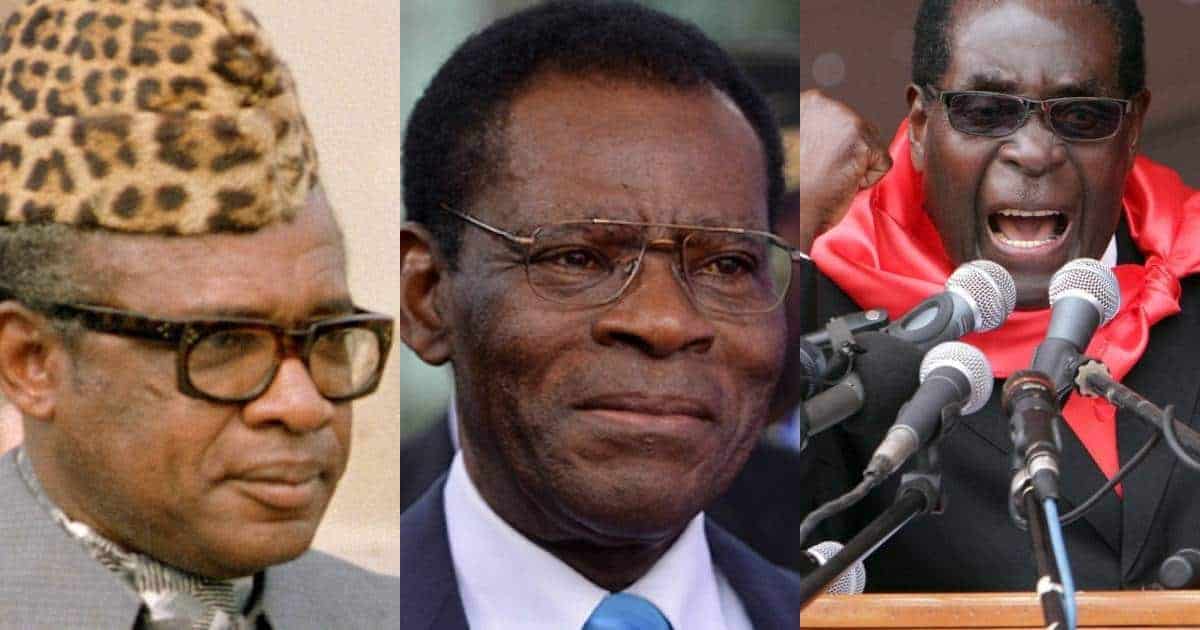 Mobutu Sese Seko of the Democratic Republic of the Congo

Mobutu Sese Seko was a leader that was able to bleed his country dry while still enjoying the support of countries like the United States because of his anti-communist stance. Mobutu Sese Seko led a coup d’état with the help of Belgium against the democratically elected president Patrice Lumumba. Patrice Lumumba was killed and Mobutu Sese Seko took over the role of army chief of staff in 1960. In 1965 he took power directly and declared himself leader of the Congo. He would later rename the country Zaire but it would become the Democratic Republic of the Congo when Mobutu was ousted from power.

He created a one-party state that concentrated all power in his hands. He created a culture that was based around his worship and he often flaunted his personal extravagance to build up on his cult of personality. His highly centralized government allowed him to loot the state coffers with impunity, leading many to call his government a “kleptocracy” due to the massive amount of funds he stole. He forced all foreign investors from the country and nationalized all foreign-owned firms. The management of said firms was passed to relatives or allies which would just steal the assets of the company. He lived an opulent lifestyle with state funds and amassed a personal fortune of more than $5 billion.

His reign was also filled with human rights abuses. He would imprison, torture and kill his political opponents often publicly. He would lure opponents who went into exile by promising them amnesty only to torture them once they emerged. His reign of terror and theft came to an end with the First Congo War when Laurent-Desire Kabila took control of the government with the support of Rwanda, Burundi and Uganda.

The Washington Post – Mobutu: A Rich Man In Poor Standing