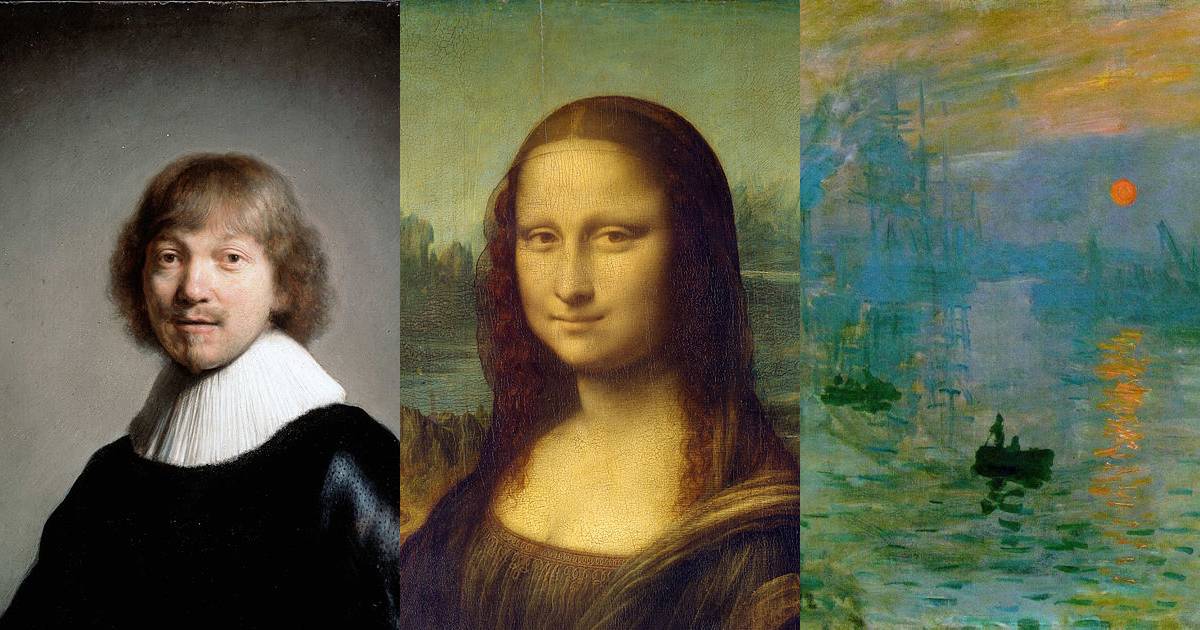 On March 18th, 1990 one of the biggest art heists in history took place. A red Dodge Daytona pulled up to the Isabella Stewart Gardner Museum in Boston and waited until 1 am. At that point two men, dressed as police officers convinced the security guard at the museum to let them in. Once inside the men claimed that they had a warrant out for the security guard’s arrest and quickly cuffed him. When the second security guard finished his rounds and came upon the scene he was cuffed and both guards had their mouths, hands and feet duct taped. Motion sensors then tracked the steps of the two men as they moved throughout the museum to remove the priceless works of art.

Rembrandt’s The Storm on the Sea of Galilee is Rembrandt’s only known seascape and it was cut from its frame. Rembrandt’s The Lady and Gentleman in Black was also stolen. The thieves then moved on to the Vermeer’s The Concert which is one of only 34 known Vermeer works in the world. In total 11 paintings, an ancient Chinese gu and a bronze finial were stolen. Their value has been placed at over $500 million which makes this the biggest art theft from a private residence in history.

There have been a number of investigations and some have even suspected the security guards as being in on the heist. None of the leads have proven successful. No one has been charged with the crime and no artwork has been recovered. To this day the empty frames sit inside the museum as homage to the missing paintings and placeholders for when they are returned. Initially a reward of $1 million was offered for the return of the paintings but it was increased to $5 million in 1997. The museum keeps the reward on offer to this day and has even offered instructions to help whoever has the artwork in their possession to keep them in good condition.

On October 28th 1985 in broad daylight, 5 men in masked entered the Marmottan Museum in Paris armed with pistols. They threatened both guests and security inside the museum. As those inside the museum watched, the thieves took seven paintings off the walls and removed two more from a glass case. The men escaped with the paintings which were valued at anywhere from $12 to $20 million. The most important of the paintings stolen was Impression, Sunrise by Claude Monet which was the painting that coined the phrase “Impressionism” after one critic labeled the painting as impressionistic. Other painters would latch onto that word and the impressionist movement was born.

An art theft union of the French police tracked the paintings through several years of investigations. A tip off in 1997 in which the paintings were featured in a catalog sent to Japanese buyers was uncovered. The trail was followed but police worked slowly and carefully to ensure that the paintings would not be destroyed. In December of 1990 the paintings were found in Corsica. The most famous painting Impression, Sunrise only had minor damage from humidity. However, Field of Tulips in Holland was slashed and Young Girl at the Ball had two holes. The paintings were fully restored and back on display at the Marmottan within a few months. Seven people were arrested in the recovery of the paintings.