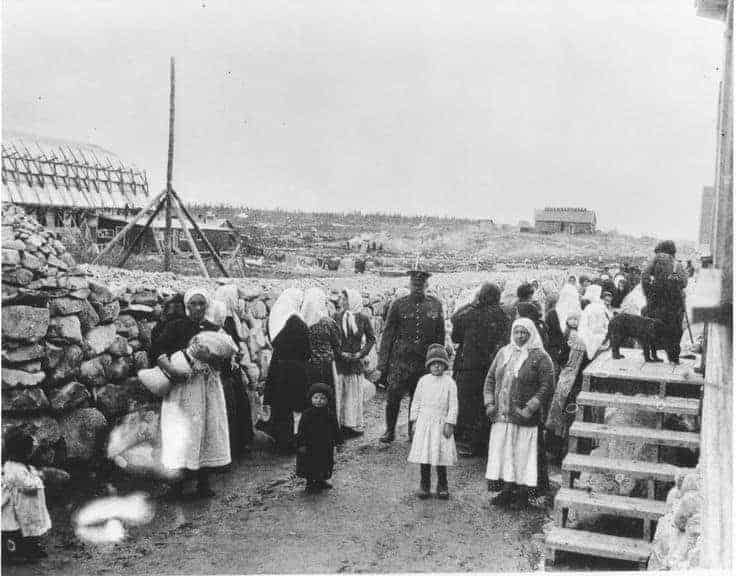 Grain was being sold increasingly on the black market, burned and often buried in massive plots as a means of hoarding. It was decided collectivization was the best solution. The idea was implemented and grew astonishingly fast, going from 15% to 60% of household participation between 1929 and 1930. The spread was not entirely natural. The government sent 25,000 individuals to farms to influence those around them to mirror their “super labor” worker attitude.

The act of farming was to be fully done by machine – whether it be a donkey or a cow or a tractor. Socialization was so intensive, small-sized family gardens were forbidden. All the farming land was divided into parcels carefully measured out – as a man who did not trust the quantification of things, for sure, Dostoevsky screamed from his grave. The lines dividing farms spattered throughout the land dissipated; with the help of the Communist government, the empire was morphing into a massive, single farm. By spring, Stalin bragged that the program was ahead of schedule. It did not take long for farmers to calculate that the massive scale farming was a massive scale mistake. Farmers were not making more money, and to make matters worse, they, like their ancestors, were serfs.

Overnight, they gave up ownership of their land, but not the expectation to farm it. As the realities of collectivization began to take shape, the peasant farmers began describing their plight as the end of the world. Depressed by their circumstances, they tried making their voices heard. When no one listened, depression grew to rage. A full-scale revolt by the peasant farmers spread like wildfire. Angry mobs set fire to homes and barns. They killed livestock and attacked government officials.

Ukraine was the Soviet breadbasket. There, red trains could be seen crossing vast tracks of land. Depending on which way the wagons were headed, they would be either empty, or overfilled with commodities obtained from one of many collective farms throughout the region. The trains ran more frequently during the times of harvest, which was not reaching production rates needed to sustain the empire and its population. To make up for the shortfall, Ukrainian farmers who were of no use to the Soviet Union beyond their ability to produce food were deliberately neglected. The empire allowed its main breadbasket to starve.

Ukrainians were given food rations from which to survive. Given the amount of people who were dying, it was not enough. Causes of death can be linked to the incurious way collectivization was implemented and carried out. For instance, in the Ukraine in particular, the socialist government decided instead of grain, which was the traditional crop, sugar beets and cotton should be grown. Grain went unharvested and what grain was harvested had no effective means through which to be transported.

Over the following years, the Soviet Union denied the disaster ever happened. At the same time, laws were passed that made use of words such as “famine” or “starvation” illegal to utter. Finally, after the fall of communism, the Ukrainians created memorials commemorating those whose lives were lost to the famine. Such reality making up the history between the Ukraine and Russia illustrates the relationship between the two countries.

Ironically, the genesis of the Russian Empire is rooted in a once very prosperous empire, Kievan Rus. At its center stood the current Ukraine capital city of Kiev. As a result of the 1933 famine, Ukrainian and Russian ties have remained tense. The exact death toll caused by the famine is still up for debate.