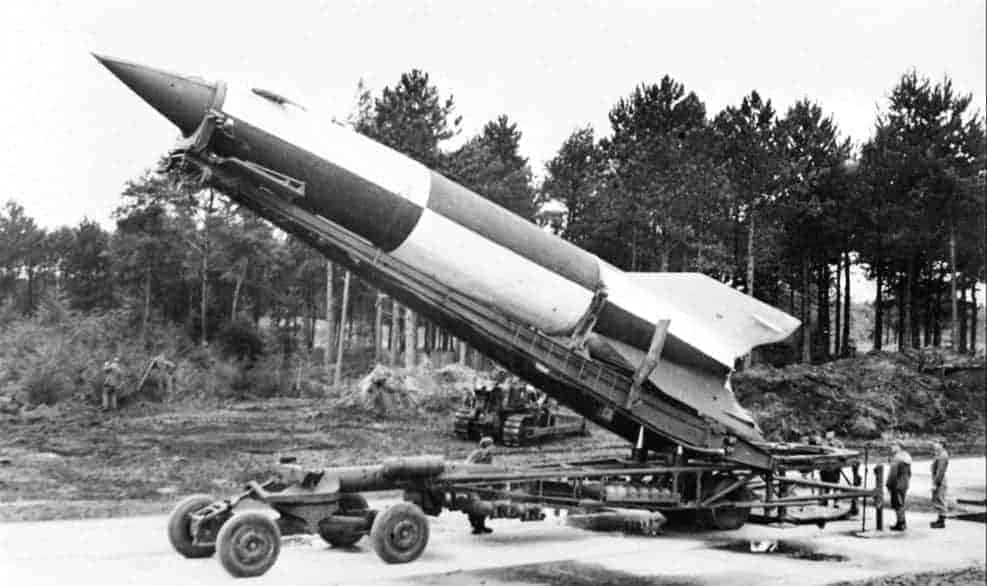 World War 2 was a time of great strife and it was one where technology truly did make a difference. Whether it was the creation of the atomic bomb, the radar system that offered Britain warning of German attacks, or guided missiles, both sides were fighting to have the best technology in order to get the upper hand in the war. In fact, when Japan found itself unable to compete with the missile technology of the United States they created missiles that were able to fit a man inside to guide the missile to its target. Here are just a few of the World War 2 innovations that continue to influence the world today.

Colossus is credited as being the world’s first programmable, electric, digital computer and was first put into use in February of 1944 in Britain. Colossus actually refers to a set of computers that were created to help with the cryptanalysis of the very difficult Lorenz cipher. It was developed by research telephone operator Tommy Flowers who designed the machine in response to a problem that was posed by mathematician Max Newman at the Government Code and Cypher School at Bletchley Park. The computer was created to use Alan Turing’s methods of probability in cryptanalysis.

The Colossus Mark 1 was fully functional in December of 1943 and was able to use probability to help decode messages sent by the Germans using the Lorenz cipher. The colossus was able to take the messages and use probability analysis to determine the settings on the wheels that were used to encode the message which would therefore allow the message to be deciphered. After the Mark 1 was put into use in February of 1944, the Colossus Mark 2 was developed and fully functional by July of 1944. The Mark 2 was substantially faster than the Mark 1 model and worked so well that 10 Colossus computers were ordered and two more were in production by the end of the war.

Their device was able to produce high powered pulses which made centimeter-band radar practical. The shorter wavelength radar allowed for the detection of smaller objects while using smaller antennas. The cavity magnetron was compact enough that the size of radar sets was reduced and therefore easier to put into use. This allowed pilots to get maps of the ground in order to see their targets even in the middle of the night. It was even able to catch the periscope of German U-Boats so that bombers could target subs just below the surface of the water.

It was far from perfect due to the magnetron’s instability in its transmitter frequency and the wide frequency spectrum of the transmitter pulse which requires the receiver to have a wide bandwidth as well. Today the cavity magnetron has largely been replaced with semiconductor microwave oscillators. Even if the cavity magnetron is not used in radar anymore it is still very effective for another purpose for which is it more widely used. It is the heat source used to cook food in a microwave oven thereby making daily life easier for many people around the world.

During the war, there were many things that ran short and rations were put in place in order to keep the war machine running on both sides. Women were asked to give up their nylons, some countries required their citizens to ration food and oil was always restricted so that most of it could go toward the war effort. Oil was in such demand that the Germans needed to find an alternative in order to keep their planes in the air. To that end they created a blend of adipic acid ester and polyethylene oil which worked well enough to keep the Luftwaffe flying.

The Americans caught on and developed their own synthetic oil because it came with benefits such as reducing the soot deposits in oil radiators and making planes easier to start in the wintertime. While the Americans may not have had a significant shortage of oil, they and the other Allied powers did have a shortage of rubber. When Japan captured Singapore in December of 1941, they essentially took control of the world’s rubber production. They refused to allow any rubber to be exported to the Allies believing that it would cripple the war effort.

The Japanese were not wrong, it took hundreds of thousands of pounds of rubber to build planes, tanks, and battleships. In addition, every soldier used 32 pounds of rubber and with millions of soldiers on the battlefield, the Allies were desperate for rubber. The American government called for cooperation between rubber manufacturers, oil companies and university researchers to come up with a solution. In 1941 the U.S. rubber production was 500,000 pounds, by 1945 it was 140 million pounds, which met the needs of the Allied war effort. That rubber has now been used for the space program, commercial planes and even to create artificial hearts.

While the concept seems a bit strange today, given the dangers of hypoxia, altitude sickness, decompression sickness and barotrauma while flying at higher altitudes, planes during the early part of WW2 did not have pressurized cabins. This meant that pilots were forced to rely on oxygen masks in order to get the oxygen they needed to stay conscious and fly the plane safely. These were impractical on many levels; they were bulky and restricted movement. The pilot and passengers had to stay in place in order to stay connected with the bulky oxygen mask. Even worse was that the masks were prone to failure which was exceedingly dangerous.

But the biggest catalyst for moving away from the mask was the development of larger bombers. For these bombers to function, the crew needed to be able to move about the cabin, which they could not do with oxygen masks. Prior to this pressurized cabins had existed but they had only been on experimental planes. In 1938 the Boeing 307 was a commercial plane that was developed with a pressurized cabin but only 10 of those planes were built. Then came the Boeing B-29 Superfortress. The aptly named plane was the largest aircraft in operation during World War 2 and was first put into service in 1944. The plane featured a pressurized cabin for the crew areas which allowed them to crawl back to the bomb bays without needing an oxygen mask and without having to keep the bomb bays pressurized (and therefore not have to depressurize after dropping their load).

The Boeing B-29 Superfortress was so advanced that it remained in service after World War 2 and was even used during the Korean War. After the success of the B-29 Superfortress the race to create commercial jet airliner was on. By the late 1950s, both Britain and the U.S. had successfully created commercial passenger airplanes.

No discussion about innovation and technology during World War 2 would be complete without the most devastating advancement of the war, the atomic bomb. The Manhattan Project was created as part of a race to create a weapon that would be so devastating that it would end the war and get that weapon before the Axis powers did. The success of the Manhattan Project led to two atomic bombs being dropped on Japan and the surrender of the Japanese and the end of the war. While the debate over whether or not the use of atomic weapons was justified during the war there was something good that came out of the development of the atomic bomb – nuclear energy.

In December of 1951, an experimental station called EBR-1 located near Arco, Idaho was able to generate electricity through a nuclear reaction for the first time. Nuclear power was also seen as a way to power subs and a test marine reactor was being developed in 1953 and it was installed on the USS Nautilus in 1955. In 1953, President Eisenhower expressed a desire to find peaceful uses for atomic energy and in 1954 declassified information on U.S. reactor technology. On June 27th, 1954, the USSR created the Obninsk Nuclear Power Plant which became the world’s first nuclear power plant to generate electricity for a power grid. The first commercial nuclear power station was at Windscale, England in 1956. The first commercial nuclear generator to become operational was in the U.S. in 1957.

Today nuclear energy is considered to be a clean way to generate electricity. However, there are debates as to its safety for people and the environment, especially after disasters like Chernobyl and Three Mile Island.

The V-2 rocket was the world’s first long-range guided missile. It was developed as a retaliatory weapon which was used by the Germans near the end of the war as a last-ditch effort to turn the tide in their favor. The rockets were built by prisoners at Buchenwald concentration camp, many of them having been taken from other camps because they possessed certain skills like welding. These prisoners were forced to work around the clock on the rocket and many ended up killed for attempting to sabotage it.

The rocket had one of the most powerful motors of the time as it was able to take the rocket 50 miles high and on a trajectory of 120 miles. It was fueled by liquid ethanol and oxygen and it was unlike anything that had ever been seen before. It was able to target cities and arrive in a matter of minutes, silently causing massive destruction. It was not only the size and power that made the V-2 a marvel of engineering but also the automatic guidance system. It was able to self-adjust while in the air to ensure that it hit its target. It was used as a devastating weapon but the technology had far greater implications. When the war ended, there was a rush by the Allied powers to do whatever it took to get their hands on the technology of the V-2 rocket. This led the rocket’s developer Wernher von Braun (who had no desire to work for Stalin) to surrender to the Americans. The Russians may not have gotten von Braun but they did get a V-2 factory and test range.

Wernher von Braun got right to work developing an intercontinental ballistic missile for the U.S. But the U.S. also provided another opportunity and that was to use his technology to reach space. When Alan Shepard became the first astronaut in space he did so in a spaceship that was based off the missile that Wernher had developed for the U.S. military.