Seven American Generals Who Shaped How We Wage War 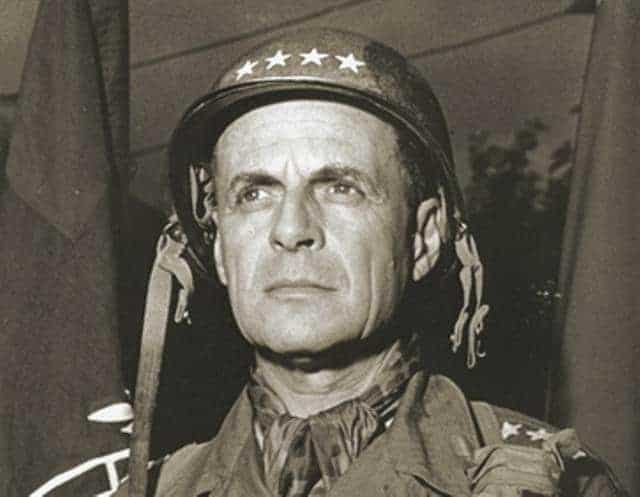 Seven American Generals Who Shaped How We Wage War

Matthew Ridgway is best known for his effective use of strategy in the Korean War, and his ability to reclaim a relative success in Korea. Ridgway was called upon to correct MacArthur’s faults, and developed a strategy that remained in use until the Iraq War of 2003.

Ridgway graduated from WestPoint in 1917, but did not serve overseas during World War I. He did spend time in both China and the Philippines during the years between World War I and World War II, and played an important role in World War II. In World War II, he commanded first the 82nd Airborne, and later the 18th Airborne Corps. His efforts were essential in the Battle of the Bulge, or the Ardennes Offensive.

After General Douglas MacArthur’s efforts allowed North Korea to make significant gains, including the city of Seoul, Ridgway was called to Korea to lead United Nations’ forces. Ridgway was able to stop the North Korean counter-offensive and gradually push North Korean troops back to the border between North and South Korea.

Ridgway adopted a strategy of containment; he did not push further into North Korea, nor did he try to take additional lands. He sought to simply keep North Korean forces within their own boundaries. For some time, North Korea continued to try to push into South Korea, and Ridgway continued to fight them back behind their own borders.

The containment strategy remained in active use for a great many years. No attempt was made to eliminate communism, or to push into communist countries; however, they were actively discouraged from expanding into additional lands. In many ways, this was a defensive strategy rather than an offensive strategy.

This was the key military and diplomatic strategy throughout the Cold War and in the years directly after, with one notable exception. That exception, Vietnam, was not a success.

General Norman B. Shwarzkopf finished his military education in 1956, and served two tours with great honor in Vietnam; however, he personally questioned the strategies employed in the war. He believed that the conflict in Vietnam lacked a clear objective or well-designed strategy. Following Vietnam, Schwarzkopf continued to climb in the military administration, gaining rank and skill.

He was, in his capacity as the head of the U.S. Central Command, responsible for organizing both Operation Desert Shield and Operation Desert Storm in 1990 and 1991. This was the largest mechanized deployment of U.S. forces and equipment since World War II.

Between August 1990 and January 1991, Schwarzkopf assembled some 765,000 troops-541,000 American-from a total of 28 countries, hundreds of ships, and thousands of tanks and aircraft. The first step in the response to the Iraqi invasion of Kuwait was a six-week long aerial bombardment. Schwarzkopf hoped that this would rapidly lead to a peace settlement; however, it did not.

Schwarzkopf’s strategy was a relatively classic one. When the aerial assault failed, Schwarzkopf feigned an amphibious assault, beginning the ground war on February 24. In reality, his troops were quickly wrapping around Iraq’s elite Republican Guard to cut off supply lines and communication. Allied losses were very few, with fewer than 300 dead. Within only 100 hours, the United Nations’ coalition troops had regained control of all of Kuwait. While Schwarzkopf believed that the forces should move on to Baghdad, the United Nations had only approved the reclamation of Kuwait, rather than an assault on Iraq’s capitol.

His strategies were classic, but they were effective; he accomplished the goals set forth by the United Nations at a minimal human cost to allied troops, and with great speed. Schwarzkopf retired in 1992. He continued to question the decision not to press on to Baghdad during Desert Storm.