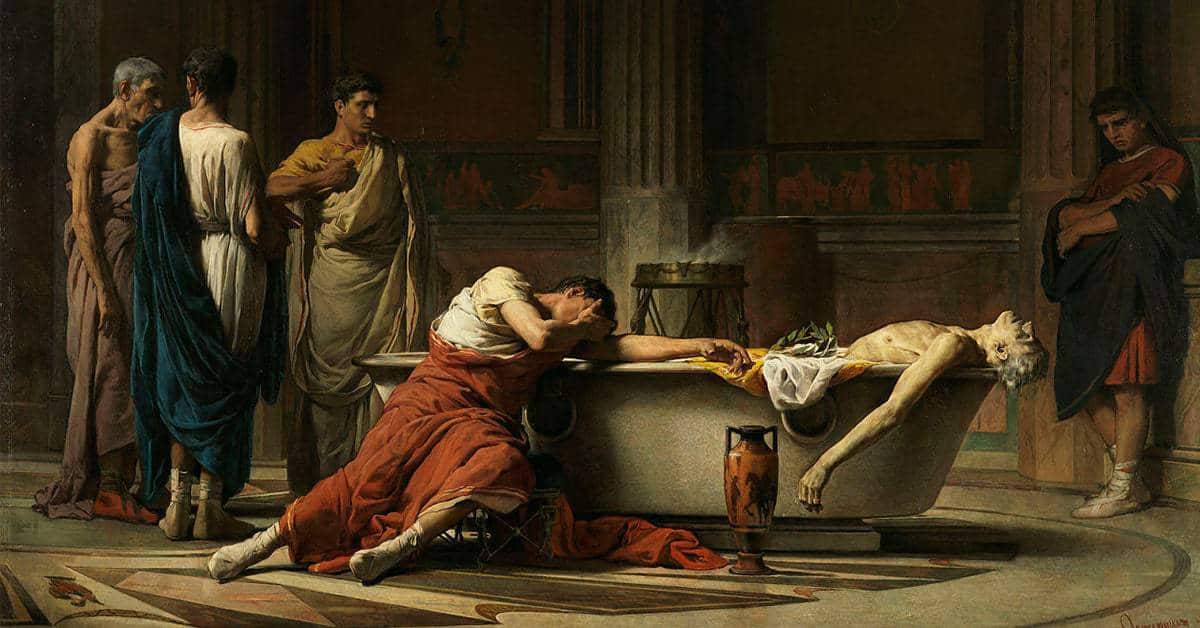 The day of the Circensian Games was supposed to be Nero’s final day on earth. It was a celebration of Ceres and a golden opportunity to assassinate the Emperor. At this stage in his reign, he was something of a recluse who rarely left the palace, but he remained a regular at the exhibitions at the Circus.

The nature of the spectacle meant it was relatively easy to approach the Emperor. Plautius Lateranus planned to ask Nero for financial aid and throw himself at the Roman leader’s feet. While Nero was caught off guard, Lateranus would grab the Emperor, throw him to the ground and pin him down. Next, a host of tribunes and centurions would run over and stab Nero to death. Then Piso would arrive and seek the approval of the crowd.

Tacitus writes that the betrayal came from the house of Flavius Scaevinus, one of the conspirators, although he did not give up the plot voluntarily. The day before the plot was to take place; Scaevinus returned home and asked his freedman Milichus to sharpen his dagger. Then he hosted an elaborate dinner and gave his favorite slaves money; and in some cases, freedom. Finally, he told his servants that he wanted dressings for wounds and appliances for halting hemorrhages.

It is not known whether Milichus already knew about the plot or if his master’s instructions made him suspicious; Tacitus asserts the latter scenario. In any case, he listened to his wife’s advice and decided to tell Nero everything he knew. The following morning, he went to the Sevillian Gardens but was initially turned away. Eventually, he persuaded the porters to let him speak to the emperor’s freedman, Epaphroditus. Milichus ended up in front of Nero and told the emperor about the grave danger coming his way. He even showed Scaevinus’ dagger and demanded that the plotters be caught and punished.

Nero wasted no time in sending soldiers to the house of Scaevinus, and they brought him in front of the Emperor. Scaevinus claimed the dagger was a weapon that had been in the family for generations and denied any knowledge of a plot. Tacitus wrote that Scaevinus did an excellent job in batting away allegations to the point that Milichus’ accusation was in danger of falling apart. However, his wife reminded him of a long meeting between Scaevinus and Antonius Natalis; both men were friends with Piso.

Natalis was summoned, and he and Scaevinus were questioned separately. They were thrown in prison when their stories didn’t add up. After the threat of torture, Natalis broke and named Piso and a man named Annaeus Seneca; otherwise known as the famous philosopher, Seneca the Younger. Perhaps he included Seneca to curry favor with Nero who hated him. Eventually, Scaevinus also cracked and named the rest of the conspirators. The likes of Lucanus and Quintianus eventually admitted their role in the plot and gave further details in return for leniency. However, Nero was not in a lenient mood as the plotters learned to their cost.

Nero wanted to learn all the details of the plot, so he had Epicharis captured and tortured. On the second day of torture, the battered and beaten Epicharis refused to divulge any information and managed to strangle herself to defy her interrogators. Nero doubled his bodyguard and sent troops to arrest more suspects.

Even with the uncovering of the plot, there were some calls for Piso to mount the Rostra and try to get the people on his side. However, Piso refused and secluded himself in his home until Nero’s troops came to collect him. Nero encouraged Piso to commit suicide, and the statesman severed the arteries of each arm and bled to death.

The emperor moved swiftly to execute the remaining members of the conspiracy. Lateranus was dragged to a location normally used to execute slaves. He was killed by the tribune, Statius. Seneca was the next to die even though his part in the plot was never established according to Tacitus. A Tribune named Gavius Silvanus chased after Seneca and eventually found him at one of his country houses a few miles outside Rome. As Seneca was old and emaciated, the method of severing arteries in his arms was unsuccessful as the blood flowed so slowly. He hastened his demise by severing the arteries in the leg and behind the knee. His wife Paulina also tried to commit suicide but soldiers, acting on the orders of Nero, prevented her from bleeding to death.

There were at least 41 people involved in the Pisonian Conspiracy, and 19 were either executed or forced to commit suicide. Another 17 were exiled or denigrated, and only 5 were acquitted; including Natalis.

Although the conspiracy was uncovered in 65 AD, there was probably some plan to murder Nero for at least a year before it. By the time of the failed plot, Nero was a tyrannical leader and the fact that so many people wanted him dead meant his days were numbered. He continued to be an unpopular ruler; his cause was not helped by his antics in the Olympic Games in 67 AD as part of his obsession with being popular. Despite performing poorly in almost every event he entered, Nero was awarded victory because he bribed and intimidated the judges.

In March 68 AD, a governor rebelled against the emperor’s tax policies and called upon Servius Sulpicius Galba, another governor, to rise against Nero. Galba was named ‘hostis publicus’ (public enemy), but support for him grew. With nowhere left to turn, Nero fled to the villa of a freedman named Phaon some four miles outside Rome and committed suicide.

The people of Rome celebrated the death of the tyrant but the next year was a chaotic one as emperors came and went before Vespasian restored some order. Although the Pisonian Conspiracy was a failure, it was indicative of the unpopularity of Nero and a sign that his days were numbered.