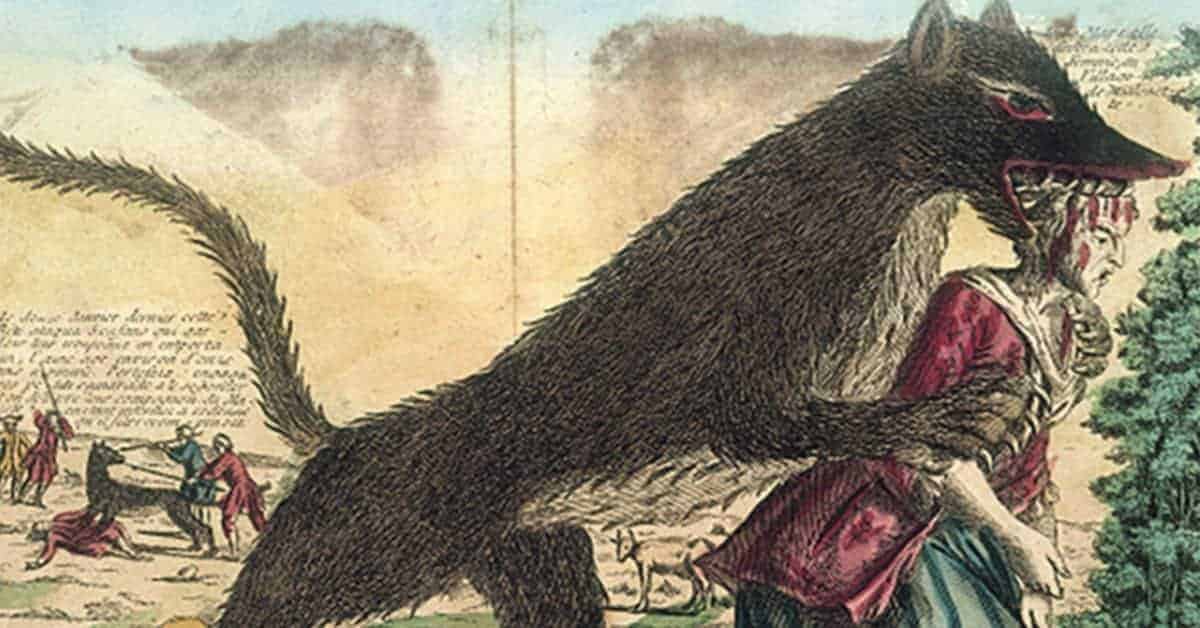 A beast in 18th century France, a countryside backdrop and a fearful village all carry the normal components for a fairytale. In fact, one of Disney’s most recent revivals of The Beauty and the Beast contains these exact ingredients for a perfect concoction of magical allure to thrill audiences. However, singing candlesticks and other household objects are not a part of this dark tale. In the 18th century, a nightmare erupted for the citizens of Gévaudan.

Gévaudan is no stranger to a rich history. The County of Gévaudan (Comté de Gévaudan) dates back to the early Middle Ages and suffered through power struggles and religious wars since 1096. At the time, the historic regions of Gévaudan were rural areas, with rugged and mountainous landscapes of the Massif Central.

Nobody would assume a quaint countryside could be in the middle of such turmoil throughout its history. While the skirmishes for power tainted the region, it was not until 1764 that a new beast reared its head and struck terror in the hearts of the people of Gévaudan.

In the early summer of 1764, a young girl tended her cattle near the Mercoire forest. As she went about her usual rounds, a large mass emerged from the forest and ran straight toward her. Much to her relief, the bulls she was tending charged the Beast, scaring it away back into the forest after it tried to attack a second time. But the beast’s hunger drove it to another victim.

Shortly after its first attack, the Beast claimed its first official victim, Janne Boulet, a 14-year-old girl near the village of Les Hubacs near the town of Langogne. The young shepherdess’ body was found mutilated in late June, the very same day the first girl narrowly escaped the Beast’s jaws. Fatally wounded, she managed with her last breath to describe the attacker as ‘a horrible beast.’

The scene created a stir due to a similar pattern to the death of another young shepherd girl just a month prior. But these ideas were dismissed and the girl quickly buried.

Life in the region carried on; this seemed to be a normal wolf attack. Throughout the 18th to the 20th Century, wolf attacks were commonplace. It is noted that as early as 1450, wolves “invaded” Paris, creating an ecological catastrophe; thus ensued the centuries-long territorial struggle between man and wolf.

In European culture, the wolf represented the most dangerous of animals- easily killing flocks of animals. Many tales popped up throughout years of wolves attacking lone travelers here and there, most stories were popular for a moment, then dismissed. So when Boulet was killed by a wolf while alone outside, many believed it to be another rogue wolf. But soon, the town’s tune would change as the bodies began to pile up.

In the following months, more attacks were reported and hysteria began to grip the region. By the end of the year, dozens of deaths created a new image of the animal they were dealing with. The Beast’s image changed from lone wolf to a hybrid creature backed by numerous, consistent eyewitness accounts. Many described the Beast to be the size of a bovine animal; one wolf was said to have appeared as big as a donkey; brown fur portions in wolves were described as reddish; the Beast’s dark line along its spine was interpreted as the usual saddle-shaped patch on a wolf’s back.

Other reports describe a tasseled tail and spots on the side. Many have speculated the animal to be a giant wolf-hybrid, while others ponder the possibility of a lion-like creature. While some descriptions varied, many of the details remained consistent- breathing new life into this fearsome creature.

Another gruesome detail which provides insight into the Beast’s identity is the method of killing. Many times, the beast would jump upon its victim, ripping the throat out; sometimes causing decapitation. The most common victims continued to be women and children tending to their flocks. This caused many to squander their responsibilities in tending livestock for fear of death.

The media ran with the descriptions and reports, causing even more widespread panic. This attention soon garnered the eye of royalty as well. With the high volume of attacks- which many believe were committed by multiple beasts- a higher power was needed to help remedy this plague of terror and death.

Jean-Baptiste Duhamel, the head of the local infantry decided to take action. He claimed to gather 30,000 men to hunt the beast. But his pumped-up rhetoric and hunts were pursued to no avail; the Beast escaped with gunshot wounds. At the end of Duhamel’s first year in pursuit of the Beast, many questioned his leadership and ability. One local newspaper voiced such concerns:

“…a ferocious beast of unknown type, coming from who knows where, attacks the human species, killing individuals, drinking their blood, feasting on their flesh, and multiplying its carnage from day to day…hunters who are in pursuit have neither been able to stop it, because it is more agile than they, nor lure it into their traps, because it surpasses them in cunning, nor engage in combat when it presents itself to them, because its terrifying appearance weakens their courage, disturbs their vision, sets their hands shaking, and neutralizes their skill.”

On January 12, 1765, Jacques Portefaix and seven friends were attacked by the Beast. After numerous attacks on the group, they pushed the Beast into retreat staying grouped together. This particular encounter and other tales of the Beast attracted the attention of Louis XV, who offered an award of 300 livres to Portefaix and another 350 livres to be shared among his companions. The king also directed that Portefaix be educated at the state’s expense. He then decreed that the French state would help find and kill the beast.

In the following weeks, Louis XV sent two professional wolf hunters, Jean Charles Mar Antoine Vaumesle d’Enneval and his son Jean-Francois. They arrived on February 17, 1765, with bloodhounds, weapons, and confidence. The two hunted for the Beast throughout the next several months with little luck. By September, the attacks continued despite the pair killing three large grey wolves they believed to be the culprits.

Many other hunters and noblemen also tried to stop the Beast for the claim to fame. However, all of these endeavors were in vain.

Various methods were used to try and trap the Beast, as well as hunt it. With bodies piling up, the hunters began to use the corpses of the victims as bait. When that did not trap the Beast, another, more controversial method became commonplace. The bodies of the victims were injected with poison to lure the Beast to a meal and die from exposure to the substance. However, this dramatic attempt proved unsuccessful.

On September 20, 1765, Antoine gathered a group of 40 local hunters and 12 hounds. Antoine had his men circle a ravine in the woods near the village of Pommier. Shortly after the hounds were unleashed, the Beast sprang from the forest. One account describes the scene:

“Beauterne fired, hitting the creature in the right shoulder, the other hunters opened fire, one shot going right through the Beast’s right eye and its skull. The creature fell to the ground dead as the men rejoiced. Suddenly, the Beast rose to its feet and charged de Beauterne. The hunters fired a volley hitting the beast again; it turned around and tried to escape before collapsing again, dead at last.”

After more than a year of terror, the citizens rejoiced, believing their villain lay dead at their feet. The wolf was stuffed and sent to the royal French court for display. After hearing tales of the size of the beast, Louis XV and his court, crestfallen, believed this could not be the Beast that killed so many people in such a short time. Despite relative peace in the area in the coming days, the disbelief soon proved to be well-placed.

On December 2, 1765, their suspicions were confirmed. Another beast severely injured two men in the forest. Dozens of more attacks followed the December event. More hunters gathered to find the Beast, but all endeavors proved to be unfruitful. Panic welled again in the people of Gévaudan. The reign of terror lingered over the area.

Finally, on June 19, 1767, a local hunter named Jean Chastel, shot the Beast during a hunt organized by a local nobleman, the Marquis d’Apcher. Some believe Chastel shot the creature with a homemade bullet made of silver. Other accounts reveal, upon being opened, the animal’s stomach was shown to contain human remains. The region breathed a collective sigh of relief when all attacks ceased after this hunt.

John D. C. Linnell et al., published a review of wolf attacks on humans during this time, concluding: “About 95 percent of the carnivore attacks on humans in Gévaudan during the years 1764 to 1767 can be attributed to that single animal that was referred to as la bête: The Beast.”

Through the years, experts continue to speculate on the identity of this infamous creature. Many believe it was a hybrid wolf or lion; some even speculate the details involving skulls being crushed are consistent with hyena killings. Other more supernatural observers believe this is the work of a mythical werewolf. The Beast killed 116 women and children during its life- some argue these totals are greatly underestimated.

From 1764 to 1767, more than a hundred wolves were killed in Gévaudan, but only half a dozen were believed to be the Beast. This age-old mystery continues to confound experts and the people of Gévaudan.

What Was the Beast of Gévaudan? – History.com

Jacques Portefaix’s Courage In The Face Of The Beast Of Gévaudan Changed His Life! – Journal de Francois

The Real Story of the Beast of Gévaudan – Museum Hack

When the Beast of Gévaudan Terrorized France – Smithsonian Magazine

Who Killed The Beast Of Gévaudan? – Unexplained Monsters