Mother Teresa: 8 Reasons Why Some Believe She Was No Saint

Mother Teresa: 8 Reasons Why Some Believe She Was No Saint 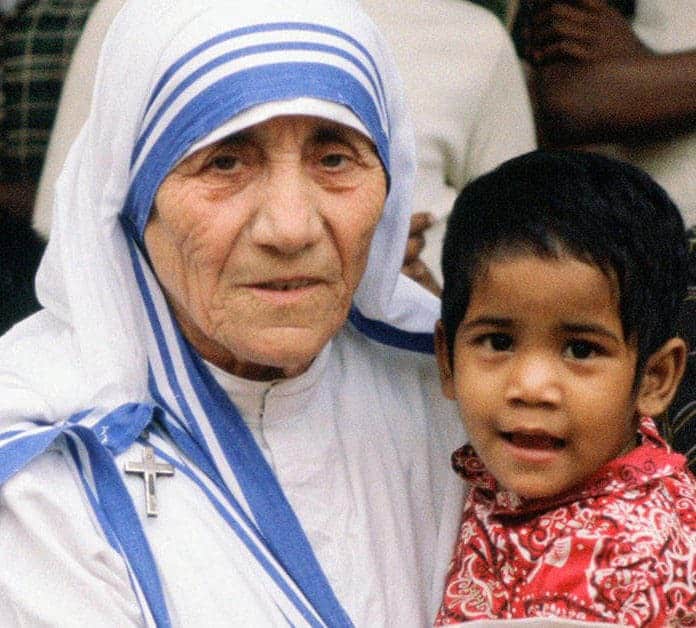 Mother Teresa received 120 prestigious awards and honors during her lifetime, including the Nobel Peace Prize in 1979 for her work helping the poor in Calcutta (now Kolkata). She became known as “the saint of the gutters” as a result of her charity work, before being officially canonized by Pope Francis in September 2016.

Mother Teresa’s name became “synonymous with Christian charity” and she was loved and revered throughout the world. Yet despite the accolades and decades spent helping the poor, Mother Teresa still came in for some harsh criticism. Here are eight of the main accusations leveled against her by her critics.

8. She Had No Interest in Tackling the Causes of Poverty

Anjezë Gonxhe Bojaxhiu was born Skopje in 1910. When Anjezë was eighteen years old she joined the Sisters of Loreto in Ireland. She took the name Sister Mary Teresa after Saint Thérèse of Lisieux. The following year, Sister Mary Teresa moved to India and began teaching at a Catholic girl’s school. In 1946, Sister Teresa received “a call within a call” to give up teaching to help the poorest people in India, those living in the slums of Calcutta. In 1950, the Vatican approved Mother Teresa’s order of nuns, the Missionaries of Charity. They each had to take a vow of chastity, poverty, and obedience and promised to give “wholehearted free service to the poorest of the poor.”

Despite Mother Teresa’s devotion to charity work, she was criticised for her views towards poverty. One of Mother Teresa’s critics was author and journalist, Mihir Bose, who claimed that she had no interest in bringing about societal change to alleviate the suffering of the poor, rather that she had “accepted implicitly the idea that there is nothing much that you can do for the poor except to take them off the streets and look after them.” Bose says that Mother Teresa believed that it was not possible to change the attitudes of the poor or make them feel that they had an ability or even the means to improve and change their lives. Bose feels that Mother Teresa was not interested in tackling the real causes of poverty, but was only interested in “rescuing the souls” of the poor before they died.
The late British author, Christopher Hitchens echoed those beliefs. Hitchens claimed that Mother Teresa was in theory and in practice, “an ally of the status quo” which differentiated her from others, including those of religious faith, who have “rejected the fatalistic and submissive conclusions about poverty that are promulgated by Catholic traditionalists.”
Mother Teresa once said that “there was something beautiful in seeing the poor accept their lot.” She compared their suffering to “Christ’s Passion” and said that “the world gains much from their suffering.”