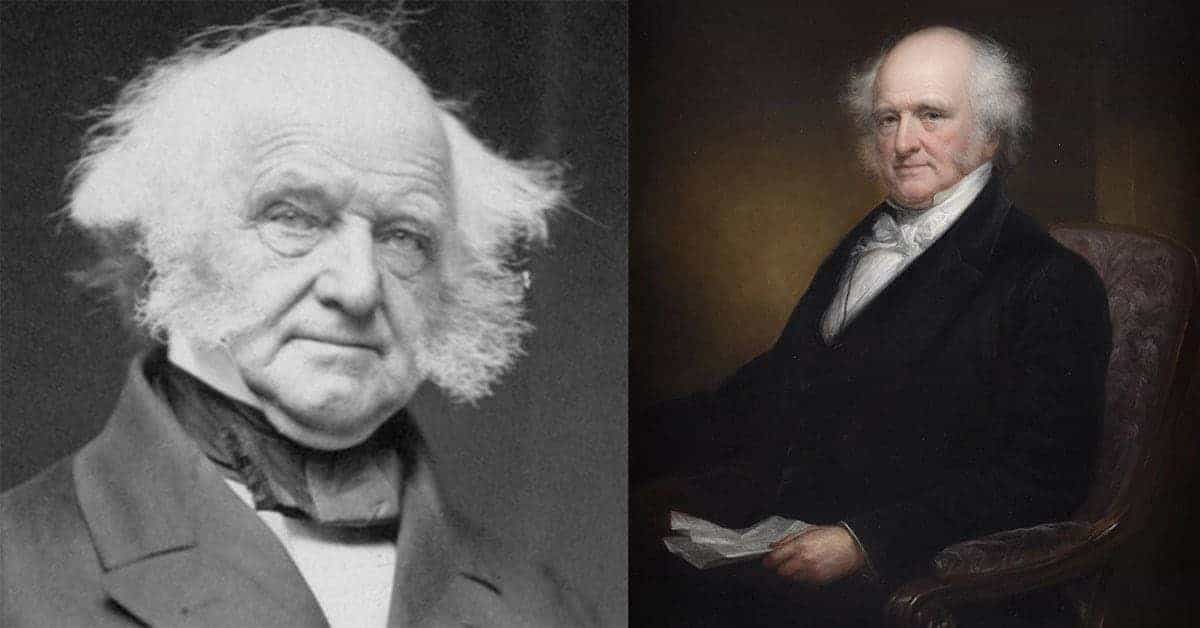 America has always been a nation of immigrants. It’s part of the national mythology. The idea of the immigrant arriving on the nation’s shores with empty pockets and a heart full of dreams plays a big role in how many Americans think of themselves and their country. And there is a lot of truth in that conception.

America is a melting pot full of people from different countries and cultures that settled together to take part in the process of building the nation. That story of new beginnings and the promise of success is what makes up “the American dream.”

Thomas Jefferson spoke six languages fluently and even claimed to have taught himself Spanish in two weeks with a copy of Don Quixote. But amongst all the bilingual presidents, only one spoke a language besides English as their native tongue, Martin Van Buren. And his story says a lot about the linguistic history of America.

At the time of the first European settlement in America, there were a number of different nations striving to create colonies. In the early 1600’s, Swedish colonists established a territory they called “New Sweden” on the banks of the Delaware River. And just a few hundred miles away, Dutch settlers created “New Netherlands” in the area that is now New York. This Dutch colony was particularly influential, which is still reflected in the names of places in the area. Words like Manhattan, Catskill, and Hackensack are all derived from Dutch interpretations of Native American place names.

As wars were fought back in Europe, the conflicts spilled over into the New World. Those conflicts shaped the course of colonization in America. Sweden, for instance, was on the wane in Europe, and couldn’t supply its colonies with the resources they needed to fight the Dutch. Eventually, that lead to the Swedish colonies being absorbed into the Dutch colonies. In turn, the British Empire would eventually seize all of the Dutch territories in North America, turning New Amsterdam into New York.

But even when formal control of the colonies transferred from one European power to another, the people who settled those areas remained, keeping alive their cultural traditions and language. And those languages played a huge part in the gradual development of the shared culture of the United States. Martin Van Buren is a good example of the way that the leaders of the young republic reflected that linguistic legacy. After all, Martin Van Buren spoke only Dutch until he was in his early teens.

Martin Van Buren (or Maarten as he was originally named) was born in 1782 in the small community of Kinderhook, New York. Kinderhook was originally part of the New Netherlands colony. And even though the territory came under the possession of the British all the way back in 1664, the people of Kinderhook had never taken to speaking English. Instead, Van Buren’s family, along with the rest of the community spoke Dutch.

Thus, Van Buren grew up speaking the language and only began to learn English as a subject taught in the local school. And it wasn’t until he was in his teens that he developed a full fluency in English. Van Buren’s wife, Hannah, was born in the same community and like Van Buren, she spoke Dutch as her native language and had a distinct accent when speaking English.

But Van Buren’s political career also speaks to the way that ethnic and linguistic differences didn’t play as much of a role in someone’s career prospects in the United States as they did back in Europe. And in fact, Van Buren’s experience interacting with people of different cultural backgrounds seems to have been what made him successful in his early years of local politics. And Van Buren himself followed a fairly standard path into politics at the time, starting as a lawyer in the city of New York.

Van Buren was active in politics from a young age, joining the Republican Party at 18. The Republican party was founded by Thomas Jefferson and James Madison and ran on a platform advocating state’s rights and championing the interests of independent farmers. And this original “Jeffersonian Republican” party isn’t quite the same as the modern party, which was founded in 1854.

Van Buren played a role in helping several Republican representatives get elected in his native New York. But the party struggled in the northern states due to the fact that they were a primarily southern party. Martin Van Buren would experience the difficulties the party faced in New York after he served in the state legislature for a brief period, only to be replaced when the rival Federalist Party won a majority and sacked him from his position as a surrogate. But luckily for Van Buren, he was able to get elected to the State Senate.

In the Senate, Van Buren was involved in several legislative efforts. During the War of 1812, he worked to organize the state militia in preparation for a British attack. And later he helped to expand voting rights to more people. Although, in a reflection of the attitudes at the time, he resisted efforts to extend the vote to everyone and wanted to keep property requirements for voters.

The fact that Van Buren was fundamentally a man of his time is also reflected by the fact that like many people in the United States, he owned a slave named Tom. Although when Tom later escaped and was found living in Massachusetts, Van Buren seems to have been happy to let him remain free.

In 1821, Van Buren continued his climb up the political ladder after being elected to the U.S. Senate. There he helped support the presidential campaign of Andrew Jackson. While Jackson campaigned, Van Buren ran for Governor of New York. He was elected to that office in 1829 but left just four months later after Jackson appointed him as Secretary of State. Van Buren then served as an important member of Jackson’s cabinet of advisors.

This association played a huge part in his progress to the Presidency as Jackson helped him get the nomination for Vice President during his second presidential campaign.

And Jackson unofficially adopted Van Buren as his political successor once he left office. Thanks in no small part to Jackson’s influence, Van Buren was elected President in 1836. But Van Buren’s tenure in office was troubled by a number of different events. Van Buren, a widower after the passing of his wife, installed his daughter-in-law, Angelica Van Buren, as the official hostess of the White House.

Though well-liked at first, Angelica was enchanted by the noble houses of Europe and tried to make the White House social events reflect the courtly life of Europe. Van Buren’s opponents quickly used this to make angry allegations that Van Buren was living a royal lifestyle.

At the same time public opinion against Van Buren was turning, 1837 was marked by a serious financial recession. This resulted in the Panic of 1837 when several state banks ran out of gold reserves. The Panic was followed by a five-year depression, and many people in the U.S. blamed Van Buren for it. Van Buren also made a number of morally questionable decisions in office. The first was in 1839 when Mormons from Illinois approached Van Buren to ask for help against the Missouri government, which was using the state militia to drive them out.

Van Buren refused to help the Mormons because he feared that doing so would mean losing the votes of Missouri in the upcoming campaign. As a result, dozens of Mormons were killed and the rest drove out into the Western Territories. Van Buren also ordered the relocation of 20,000 Cherokee to the West, an event that formed a major part of the “Trail of Tears,” which led to the deaths of thousands of Native Americans.

Finally, Van Buren supported Spanish slave owners during a court case involving the Amistad, which was a slave ship where the slaves managed to kill their captors and take control of the ship. Van Buren argued against the opinion of a US court that the ship and the people on board should be turned over to Spain.

But Van Buren also did some good things in the office. In 1838, Van Buren successfully negotiated peace in a territory dispute with Great Britain, thus avoiding a war. However, this accomplishment wasn’t enough to win the upcoming campaign, and Van Buren was defeated by William Henry Harrison. Ultimately, the legacy of the only non-English speaking president is mixed. But Martin Van Burren’s career reveals the rich cultural heritage of the U.S.