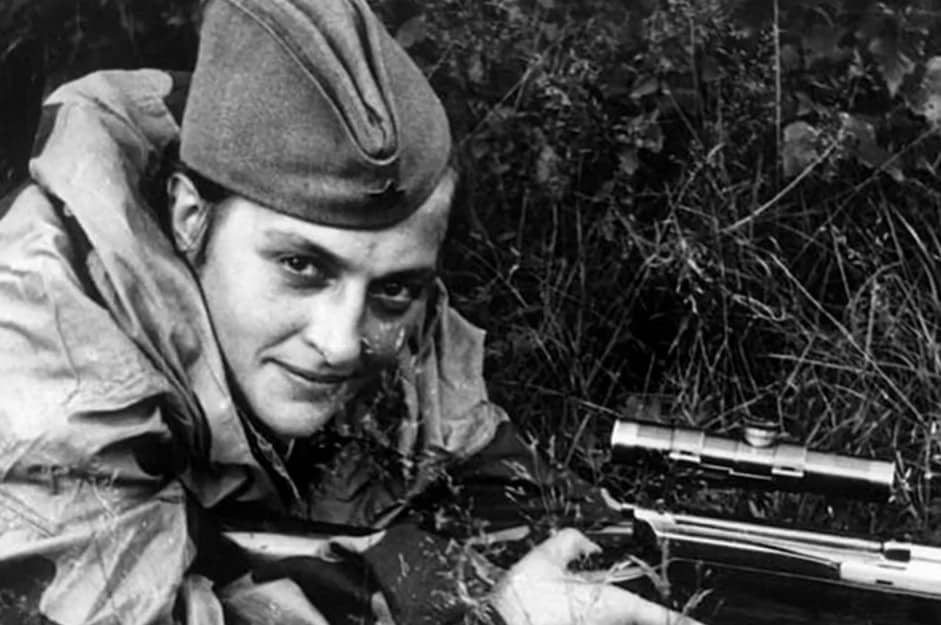 Lyudmila Pavlichenko left the army, because her health was declining. Pavlichenko was rushed to the hospital. The shrapnel was all over her body after her close encounters with death. To make matters worse, her beloved husband was killed in battle. She was able to go home to see her son and start living a normal life in the Ukraine, but nothing could really ever be the same again. Even though she scarified everything to fight the Nazis, there would be no “happily ever after”.

In 1941, the United States was fighting Japan as a direct result of the attack on Pearl Harbor. Franklin Delano Roosevelt was working together with Joseph Stalin to bring up public approval to send troops to Europe to help the USSR to fight the Nazis. The two leaders decided that Lyudmila Pavlichenko would be a great example to show the American men, because it would rub it in that in the Soviet Union, even women were going to war, with the theory that it would dig into their pride. She accepted this new assignment, and saw it as doing her duty for her country once again.

So, in 1942, Lyudmila Pavlichenko arrived in The United States. For her, visiting America was like coming to another planet. Reporters asked her rude and sexist questions, like why she didn’t wear makeup or curl her hair. One reporter said that her uniform made her look fat. Another asked if she was allowed to stop fighting to powder her nose, and she responded, “There is no rule against it, but who has time to think of her shiny nose when a battle is going on?” They didn’t seem to comprehend that she was one of the most skilled snipers on the planet.

At first, she felt very awkward at these speeches, and the Americans were not treating her with the respect she deserved. She really wasn’t sure what to say. Instead of speaking for herself, Pavlichenko would speak to her translator, and stand very seriously behind the podium. She formed an unexpected bond with the First Lady of the United States, Eleanor Roosevelt. They went on tour, and visited 43 US cities together. Mrs. Roosevelt took Pavlichenko under her wing, and they became very good friends.

In 1943, Lyudmila Pavlichenko was featured on a Russian postage stamp, and her photos were published in international newspaper. She became famous all over the world for her achievements. After a while, she grew more and more confident during her tour. During one speech, she said, “I am 25 years old, and I have killed 309 Fascist occupants by now. Gentlemen, don’t you think you have been hiding behind my back for too long?” That line sank in deep with the men in the audience. The United States sent troops over to Europe to help in the fight against the Nazis. After this tour, though, few people ever heard from the sniper again, because she returned to her home in Ukraine.

Fifteen years later, Eleanor Roosevelt wanted to know what happened to Lyudmila Pavlichenko. She traveled to the Soviet Union, and had to fight hard of find out where she lived. Pavlichenko had returned to her hometown and finished her studies at Kiev University, where she earned a Master’s Degree in History. She was able to get a job as a research specialist for the Chief Headquarters of the Soviet Navy.