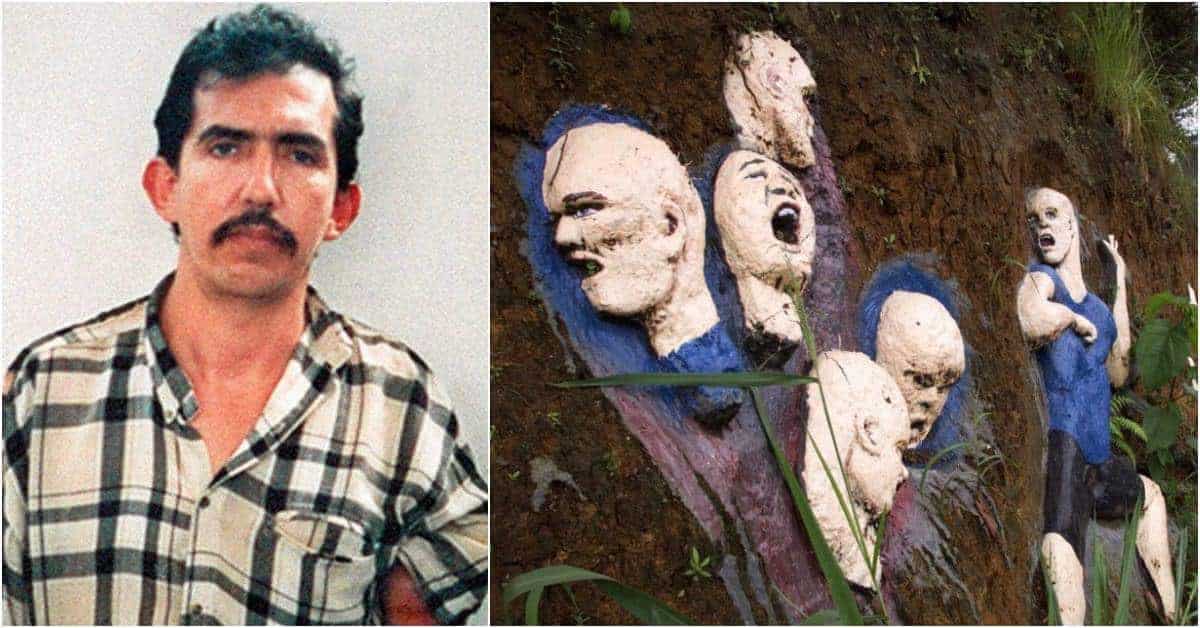 Between 1992 and 1999, Luis Garavito preyed on innocent young boys throughout Colombia without fear of capture. When he was finally arrested, he admitted murdering 140 boys in as many as 54 towns across the country. The combination of his constant traveling, disguises and the fact his victims often weren’t missed meant Garavito was able to do what he pleased for seven terrible years. It appears as if most of the murders took place near Pereira, his native region.

Once Garavito tired out his victims, he would tie them up before torturing and raping them. In some cases, he would cut off their genitals and stuff them in the victims’ mouths. Garavito also decapitated numerous boys. The bodies were usually discovered in shallow graves with several bite marks on them, and the crime scene was surrounded by bottles of liquor and lubricant. After his arrest, Garavito claimed that he was drunk when he killed the children and that his body had been taken over by a ‘superior being.’

How Did He Get Away With It for So Long?

Garavito’s spree remained a secret for several years even though clusters of bodies were found across Colombia. The problem was, few of the victims were even reported missing since they came from incredibly poor families. A lot of the boys were ‘street children’ that had been separated from their families during the Colombian Conflict which had begun in 1964. The political violence in the country had displaced an estimated 1.5 million people within the previous decade.

Sadly, the streets of Colombia’s towns were filled with hungry boys in tattered clothing, so when a seemingly kindly stranger approached, they were only too happy to have the chance to eat and perhaps sleep in a warm bed for the night. Once they went missing, nobody noticed. As a result, the criminal justice department paid little attention to the missing kids until a mass grave of Garavito’s alleged victims was found in a ravine in Pereira. The grave contained the bodies of 25 young boys and was discovered in November 1997.

This gruesome finding finally resulted in a widespread investigation and in February 1998, the bodies of two naked children were found beside one another on a hill outside the town of Genoa in Colombia. A third victim was discovered nearby the following day along with the murder weapon. The police also found a note at the scene with an address on it and the information led police to Garavito’s girlfriend.

Under questioning, she said she hadn’t seen Garavito in several months, but she was able to produce a bag which contained a number of his possessions. These belongings were proof of his guilt as they consisted of pictures of young boys, journals of the killings and ‘tally marks’ of his victims. The net was finally closing in on one of history’s worst serial killers.

This ludicrous state of affairs meant the specter of early release loomed large as Garavito is scheduled for release in 2021. Fortunately, it seems as if he will remain in prison for life because Colombian law also states that people who commit crimes against children don’t receive ‘any benefit with justice.’ Therefore, he will probably spend between 60 and 80 years in prison.