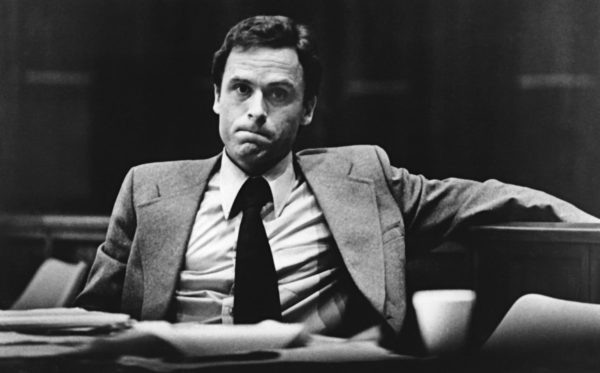 5 – He Killed Earlier Than Originally Thought

Perhaps it is incorrect to include this as a ‘fact, ‘ but it seems extremely likely that Bundy began killing before 1974. Although he is believed to have killed over 30 women, Bundy once told a police officer to “Add one digit to that, and you’ll have it.” Maybe it is an idle boast, but Bundy had never revealed when he first started killing and offered various versions of his murderous spree throughout the course of his life.

There is a belief that he murdered Ann Marie Burr in 1961 when Bundy was just 14 years of age. As a child, he already displayed disturbing behavior which included sexual deviancy and animal mutilation. According to one family story, Bundy took knives from the kitchen and laid them around his aunt as she was sleeping; he was 3 years old at the time. While he was never a suspect in the kidnapping of Burr (who has never been found), Bundy did live close to the Burr home at the time.

Alas, DNA tests in 2011 did not reveal any evidence of Bundy as the perpetrator. He denied his involvement, and when the Burr family wrote to him before his execution, he replied and said he was a normal 14-year-old kid with no desire to hurt anyone. According to Burr’s family, however, Bundy actually knew Ann Marie, and the duo was on friendly terms. As a result, she would have no reason to fear him; this would make a kidnapping easy. In an interview with Keppel, Bundy said there were some crimes that even a serial killer would not admit to; one committed at a young age, one with a child victim and one committed close to home. Burr’s abduction and subsequent murder would fit all three criteria.

Matters aren’t helped by the fact that Bundy was a pathological liar. For example, he told a psychologist that he murdered women in 1969 but told someone else that his first killings didn’t happen until 1974. Bundy once said that the estimate of 35 victims was accurate yet on another occasion, he said it was over 100. Keppel believes the total was far higher than originally believed and says that while Bundy knows that, the killer doesn’t know how many victims died at his hand nor does he even know why he killed them. What we can say with a reasonable degree of certainty is that Bundy started killing long before 1974.

6 – There Was a Party When He Died

It seems that no matter how crazy, evil or depraved someone is, there is always another person willing to overlook their flaws. In Bundy’s case, Carol Ann Boone chooses to overlook the fact that he was on trial for a series of brutal murders. Ever the opportunist, Bundy took advantage of an unusual Florida law whereby a marriage declaration in court in the presence of a judge is a legal marriage. During the trial, he called Carol Ann Boone as a witness and married her on the witness stand.

Boone maintained that Bundy was innocent for a very long time and even gave birth to his daughter in 1982. When he was sentenced to death for the third time in 1980, Boone stood up in court and shouted: “Tell the jury they were wrong.” She stood by her man until he confessed to a number of murders. One theory says it was only at that point when she realized her mistake, so she decided to divorce him. Another possibility is that she was hurt by his relationship with a woman called Diana Weber. Boone even refused to accept his final pre-execution call.

In some cases, when a Death Row inmate is about to be executed, there is a group of people protesting outside the prison as they believe the death penalty is barbaric and wrong. In Bundy’s case, even the most vehement anti-death penalty protester would surely think twice about complaining? Certainly, there was something of a party atmosphere on the morning of January 24, 1989; the day that Bundy faced Florida’s electric chair, nicknamed ‘Old Sparky.’

By 6 am that morning, the roads that led to Florida State Prison were extremely busy as around 500 people gathered outside and held a celebration right around the time that Bundy was getting his head shaved. The brash and confident Bundy was now a complete wreck and refused his last meal of steak and eggs. Some people sold ‘smoked’ Bundy burgers outside while vendors sold t-shirts commemorating the event. Meanwhile, the psychopath wept and was apparently hysterical when led to the chair.

The electric current surged through him for about a minute, and smoke came up from his right thigh. Apparently, he died with a smile on his face. Once the people outside heard about his death, they started chanting and banging frying pans. Then there were fireworks. Finally, the monster had been removed from the Earth.

All That’s Interesting – The Crimes Of Gary Ridgway, The Green River Killer Who Murdered Up To 71 Women

The Sun – How Many People Did Ted Bundy Kill?

Heavy – Diane Edwards, Ted Bundy’s Girlfriend: How She Changed Him

Women Health Magazine – Who Was Ted Bundy’s Wife Carole Boone From ‘Falling for a Killer,’ And What Happened To Her?