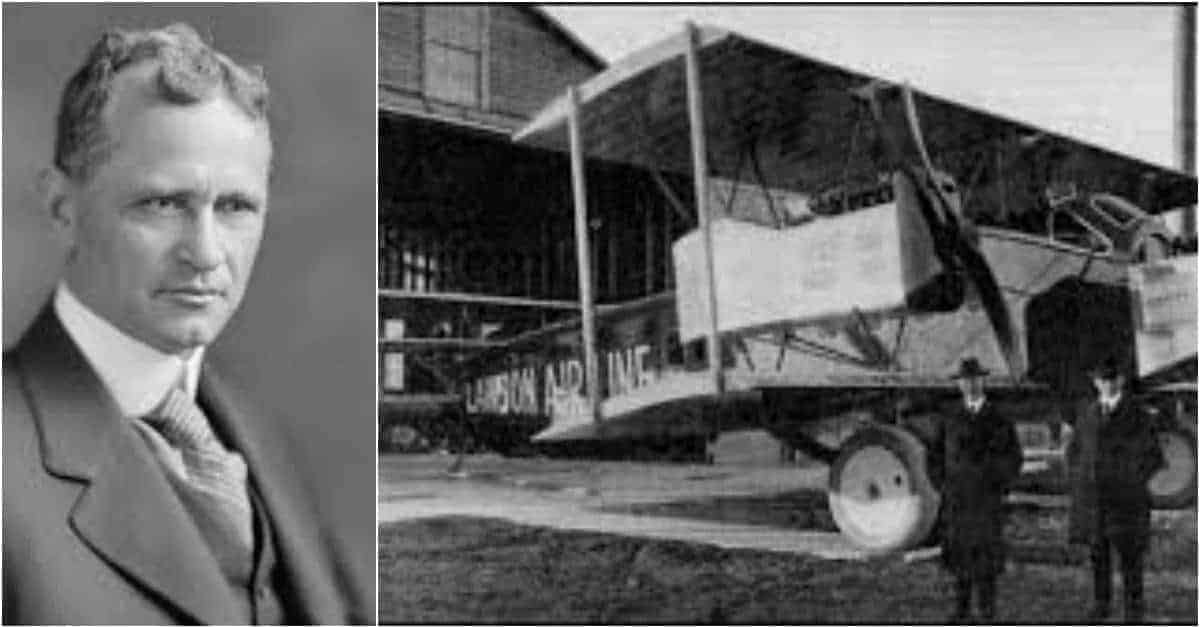 Alfred Lawson was an unassuming man whose life was filled with some success and a few failures, but few could have predicted the very strange direction his life would take. He was born in 1869 in London but then emigrated to Canada and later the United States by 1872. In 1890, he started playing professional baseball in the minor leagues, getting one start with the Boston Beaneaters and two for the Pittsburgh Alleghenys. He stayed with the minors until 1895.

After that, his baseball career took another turn and he started managing in the minors from 1905 until 1907. His sights on baseball went even bigger and in 1908 he created an entirely new baseball league which became known as the Union Professional League. Unfortunately, the league ended just one month after it took the field due to financial difficulties. It would spell a trend for the rest of Alfred Lawson’s endeavors in life. After the failure of his baseball league, he turned his sights in an entirely different direction and that was up.

Alfred Lawson was a very early advocate of aviation. In October of 1908, not long after the failure of his baseball league, he started the magazine Fly which was geared toward stimulating public interest in the fundamentals of aviation. It was sold on newsstands across the entire country and in 1910 he moved the magazine to New York City and renamed it Aviation. The magazine was published until 1914 and detailed the technical developments of aviation. He was the first advocate for commercial aviation and even coined the term “airliner.”

He believed that flying was the future and in 1913 he lobbied Congress to expand its appropriations for Army aircraft. That same year he learned to fly and became an accomplished pilot. He regularly flew from his country house in New Jersey to the foot of 75th street in New York which made him the first person to commute to work by plane. In 1917, he took his love and knowledge of planes to next level and founded the Lawson Aircraft Corporation. In 1918, he started efforts to create his own airline. He built and demonstrated the Lawson L-2, an 18-passenger biplane.

With positive press for his 18-passenger plane, he secured $1 million to build a 26-passenger plane called Midnight Liner. Unfortunately, the plane crashed during takeoff on its maiden voyage. From then on, he struggled to secure the capital he needed to keep building planes and fulfill even military contracts. In 1926, he started work on a 56 passenger, two-tier superliner. He was considered to be one of the foremost minds in modern aviation but he always struggled to get the financial backing he needed for his projects. It was his failures in aviation that led him to focus on another avenue and one that had many questioning his intelligence.

Starting in the 1920s he started out promoting a range of different ideas. Some were simple health practices like vegetarianism, with others were far more out there. He claimed that he had found the secret to living until the ripe age of 200 and it had much to do with his health practices and his views on the world. He said that the day of his birth was one of the most momentous occasions in the history of man and that he was always destined for greatness.

He started out with his own idea of physics which he based upon a childhood memory. As a child, he observed that dust particles could be moved through the air by sucking and blowing. This somehow spurred an entire theory of physics that focused on “Suction” and “Pressure.” This “suction” and “pressure” then acted on other “substances.” Substances were defined by Lawsonic physics as anything including solids, liquids, gases, cold, heat, mentality, basically everything conceivable was affected by “suction” and “pressure.” In accordance with this, Alfred Lawson rejected the idea of energy. He believed that energy was the greatest misconception in the scientific community and that the whole idea of it should be done away with immediately.

Instead of energy, it was “suction” and “pressure” that caused “currents” which then enabled movement. He claimed that humans took in air and food through suction and ejected waste through pressure. He claimed that sex was also an act of pressure and suction in which women were suction and men were pressure. He also explained magnetism in terms of male and female particles, where a magnet with more male particles would push matter away and a magnet with more female particles would suck matter in.

His ideas only got stranger. He believed that this was also true on a universal scale. According to his writings, the Earth is actually just swimming in ether. Which is strange enough, but he also believed that the Earth was made of something called leesether which is less dense than ether. Since it is less dense it creates a suction hole at the north pole that sucks in gases and nutrients from space. These nutrients go into the Earth and are distributed throughout the Earth before being shot out of the Earth’s anus at the South Pole.

Alfred Lawson’s theories also explained how the brain worked, something that was no easy task when there is no such thing as energy. He believed that within the mind there were two beings in perpetual conflict. The Menorgs which were the mental organizers of the brain and the Disorgs which were the disorganizers. The Disorgs worked to destroy the mental instruments that were built and operated by the Menorgs. He wrote that a Menorg would destroy itself for the benefit of the body but a Disorg would destroy the body for its own benefit. Despite the wealth of ideas that were so far off from the norm, Lawson was able to become quite prolific in his writings and even gathered a following.

In the 1930s, Alfred Lawson’s ideas actually started to take hold. He presented the idea of Direct Credits which was kind of like money but not and could only be understood by those who understood physics. He blamed the banks for all the economic woes of the Great Depression. He said that the government should be the one to give loans to business and workers and not the banks. His lectures were attended by thousands and he turned his ideas into the Lawsonian religion. The rallies only stayed popular for a few years and when the crowds started to die down, Alfred Lawson once again moved on to a new venture.

By 1943, he had published over 50 different books on his theories and decided that it was time to spread his knowledge. He raised over $100,000 in order to buy an abandoned college campus in Des Moines. It was there that he founded the University of Lawsonomy which offered the degree of “Knowledgian.” The degree was quite extensive and took 30 years of study, but Alfred Lawson assured students that it would be worthwhile. He believed that the world would embrace all of his teachings by the year 2000.

The school attracted a following and remained for several years until it ran into trouble in 1952. Alfred Lawson was called before a Senate Committee to answer questions about why the university had purchased 62 machine tools from military surplus only to sell most of them at a substantial profit. Lawson claimed ignorance to the panel and tried unsuccessfully to explain Lawsonomy to the Committee. As a result of the investigation, the IRS revoked the non-profit status of the University which forced Lawson to sell the campus to a developer.

The University then relocated to a large barn where the most devout continued their studies. One of the tenets of the school was that there were never any books allowed that were not written by Lawson himself, so students were kept fully immersed in the teachings of Lawsonomy. In 1954, one of Alfred Lawson’s theories was disproven for good when he passed away at the age of 85. Apparently, he had not discovered how to live to the age of 200. Despite his passing, many of his followers continued their studies in order to graduate with the title of Knowledgian.

Even after his death there remain questions about Alfred Lawson and his university. Other than the selling of army surplus there is little known about his finances. He owned very little in his later years and moved around frequently in order to appear as a guest to those followers who lived too far away to attend his “prestigious” university. Today all that remains of the University is an old barn near Racine, Wisconsin and a few scattered churches in Kansas that may still preach some of the tenets of Lawsonomy.