The Bloody Throne: 5 Key Battles of the Hundred Years' War 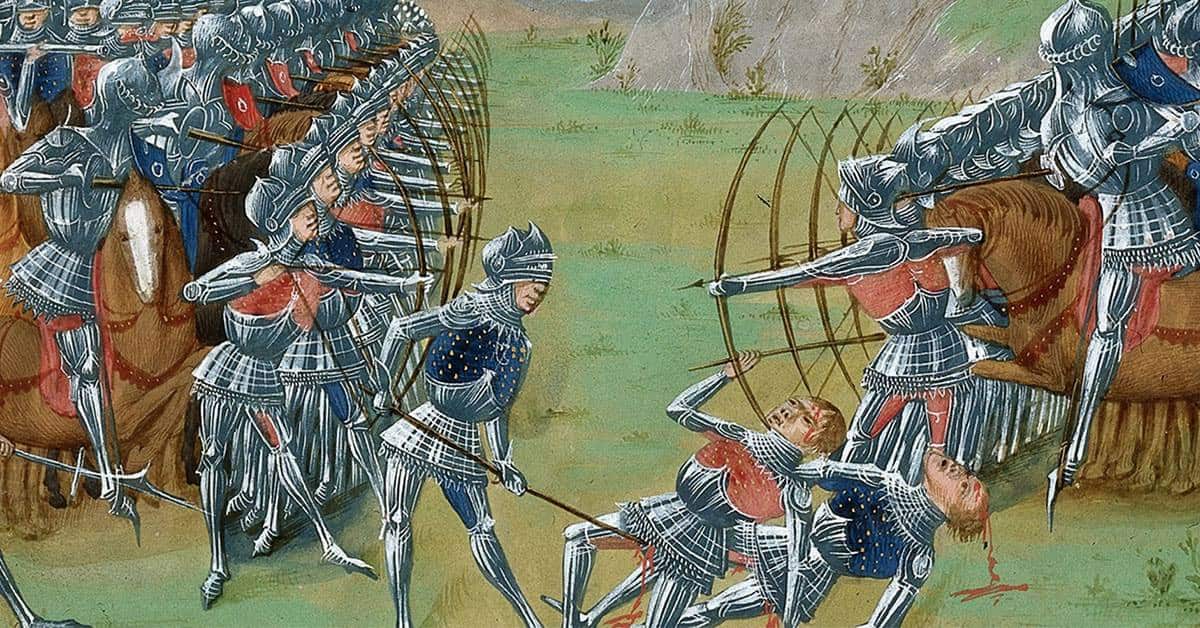 The Bloody Throne: 5 Key Battles of the Hundred Years’ War

Peace negotiations between the enemies stalled in the 1430s and in 1435, the Duke of Burgundy, Philip, deserted the English and signed the Treaty of Arras which declared Charles VII as King of France. Charles used the lull in fighting that resulted after the Treaty of Tours in 1444 to vastly improve his army and soon, France’s artillery was renowned as the world’s best. The French reclaimed Rouen in 1449 after breaking the truce, and they soon captured Harfleur, Honfleur, and Fresnoy with an invasion of Caen the next step.

The English raised a small army under Sir Thomas Kyriell and captured Valognes on March 27, 1450. He reached the village of Formigny on April 14, but a French force of 3,000-4,000 men moved to intercept their enemy. At the Battle of Formigny on April 15, Kyriell’s 4,000-5,000 man army had initial success after captured two French guns. However, a Breton force of at least 1,200 men arrived under the command of Arthur de Richemont, and its cavalry annihilated the English. The French lost fewer than 1,000 men while on the English side, Kyriell was captured and all but a small group of men died or became POWs.

The Battle of Formigny was effectively the death knell of English interests in France and the French captured Caen and Cherbourg. By August 12, the whole of Normandy was in French hands. Richemont’s intervention was critical and changed the entire course of the war. Charles now wanted to take Gascony from the English, and the French took the region’s capital, Bordeaux, on June 30, 1451. Although England retook the city on October 23, 1452, its forces didn’t hold out for long and suffered defeat in what was the final battle at Castillon on July 17, 1453.

Although the two nations were technically at war for another two decades, the English knew they couldn’t defeat the strong French army. The Treaty of Picquigny in 1475 formally ended the Hundred Years’ War. France was now the dominant force in Western Europe and the only French possession held by England was the port of Calais which it held until 1558. English monarchs began to focus on domestic matters and the political and financial problems that emerged from the end of the war resulted in the conflict known as the War of the Roses.