Here's What to Know About Lebensborn, the Nazi Human Selective Breeding and Child Abduction Program 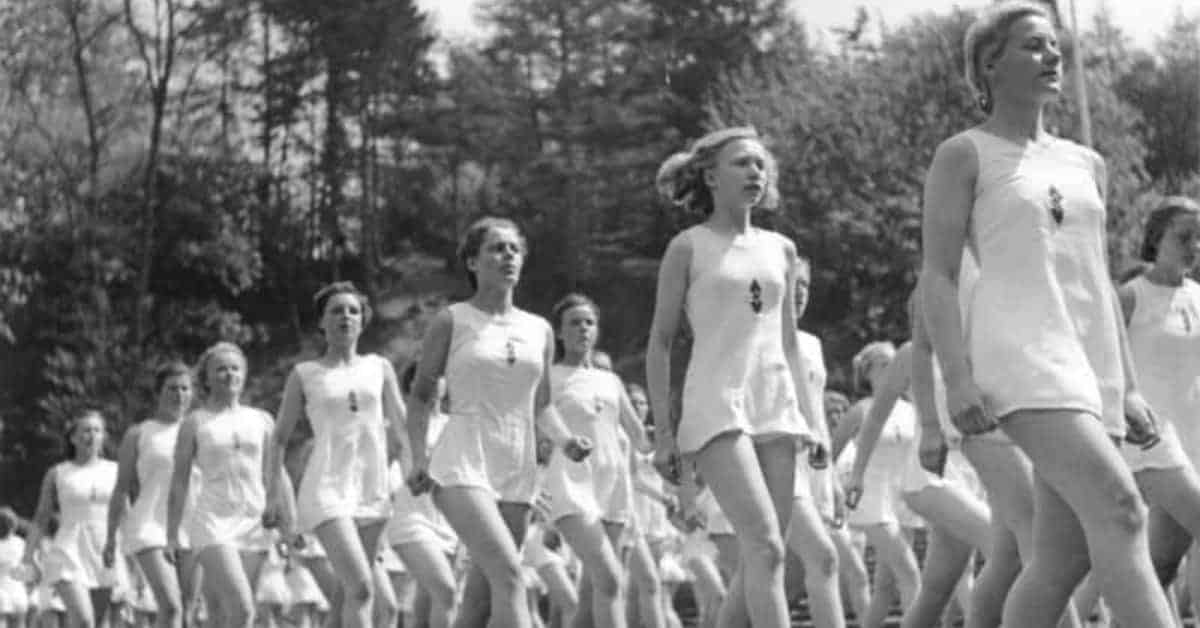 Here’s What to Know About Lebensborn, the Nazi Human Selective Breeding and Child Abduction Program

The Nazis adopted a variety of means to seize the sought after “racially valuable” children throughout Europe. A representative example of one of the methodologies used occurred in the town of Cilli, Yugoslavia, in today’s Slovenia, between August 3rd to 7th, 1942. It took place during a crackdown on resistance activities in the region.

It began with the rounding up and herding into a schoolyard of about 1300 people of all ages, many of them relatives of people executed by Yugoslavia’s German occupiers for partisan or suspected partisan resistance activities. After all the families were accounted for, the Germans divided them in into three groups: men, women, and children.

Crying children, including toddlers and infants, were separated from their families and placed in pens, where they were examined by Nazis. Working with clipboards and charts, the officials noted down each child’s physical and facial characteristics to assess his or her “racial value”. Based on their findings, the children were divided into four categories.

Category 1 or 2 were for those who met Himmler’s criterion of what a German child should look like, marking them as potentially useful additions to the Third Reich. Any hint of Slavic features or signs of Jewish heritage consigned a child to the lower racial Category 3 or 4 – untermensch, of no value to the Nazis except as future slave labor. Assuming they were allowed to grow up into slave laborers, of course, and not simply liquidated.

In this instance, the children of categories 3 and 4 were handed back to their parents. 430 children classified as Category 1 or 2, ranging in age from infants to twelve, were taken by their captors, placed on trains, and transported to a holding center outside Graz, Austria. There, they were subjected to a more thorough examination by “racial specialists”, who compared the children’s noses to official ideal lengths and shapes. Their teeth, lips, hips, and genitals were likewise examined and compared to Nazi ideals. Those who failed this second cut were reclassified as Category 3 or 4, and sent away. Those who made it through this second cut and maintained their classification as Category 1 or 2 were handed over to the Lebensborn program.

After German tanks rolled into the Crimea in 1942, they were followed by Nazi officials to administer the newly conquered territory. There, some of them encountered a blond haired toddler named Aleksander Litau, who possessed striking blue eyes. The kid’s cuteness attracted not only admiring looks from mothers, but also from SS men who thought that he represented the ideal of what an Aryan child should look like.

The cuteness proved a curse, however: as the SS saw it, leaving what they viewed as a perfect Aryan specific amid a sea of inferior Slavs amounted to a crime against the Germanic race. So they snatched him from his family, and shipped him to Germany in order to enroll him in the Lebensborn program, Germanize him, and see to it that he was raised as a German.

Photos of the boy made their way to Heinrich Himmler, who was captivated by him, and ordered that he be subjected an extra rigorous battery of racial testing to ensure that there was no trace of “Jewishness” in him. Satisfied that the kid was “pure Aryan”, Himmler personally oversaw his adoption by a wealthy and fanatical Nazi named Adalbert Heinecke.

Renamed Folker Heinecke, the former Crimean kid was able to recall when in his late 60s, seeing Himmler when he visited his home and had drinks with his “father”. Folker’s first inkling of his background came after the war, when a local child taunted him: “you know you’re a bastard, don’t you? They’re not your real mom and dad“. He never discussed it with his parents, who although they remained unreformed Nazi fanatics to their dying day, nonetheless loved him dearly. After their deaths, Folker spent much of his adulthood in a quest to discover who he was and was not. It finally led him to his Crimean origins, a quest that became the subject of a BBC documentary in 2009.

In 1942, nine month old Ingrid von Oelhafen (not her name at the time), was examined by SS officials in German occupied Yugoslavia to determine whether she met Himmler’s criterion of a “racially valuable” child with sufficiently Aryan traits. She did, and was accordingly snatched from her parents, taken across the border into Germany, and placed in the Lebensborn program.

Because she was still a baby who had not picked up any significant cultural or linguistic traits, there was no need to Germanize her before putting her up for adoption. She was adopted by a “good German” family, renamed, and for most of her life, Ingrid was wholly ignorant of her origins and background. However, as a child, she felt little connection with and affection from her family, not least because her “mother” had abandoned her in a children’s home in the aftermath of Germany’s defeat in WWII.

It was not until she was 58 years old, when she began digging into her family history, that Ingrid discovered clues hinting at her background. She followed them up, and in what amounted to a remarkable detective story, ended up finding the truth about her origins. To her shock, she discovered that her birth name had been Erika Matko, that she had been abducted into the Lebensborn program in her infancy, and that her biological family lived in today’s Slovenia.

In an added twist, Ingrid von Oelhafen, nee Erika Matko, discovered that the occupation authorities had given her parents a replacement baby, of unknown origins, in lieu of the Aryan-looking one that they took to raise in Germany. She eventually put down her experience and the story of the quest for her origins in a book, Hitler’s Forgotten Children: My Life Inside the Lebensborn.

Irish Times, May 6th, 2015 – Dublin Woman Found She Was Bred by Nazis For ‘Master’ Race

Star News, May 8th, 2007 – Stolen: The Story of a Polish Child Germanized by the Nazis

Daily Express, April 28th, 2017 – Baby Snatched From Parents by Nazis and Brought Up as an Aryan