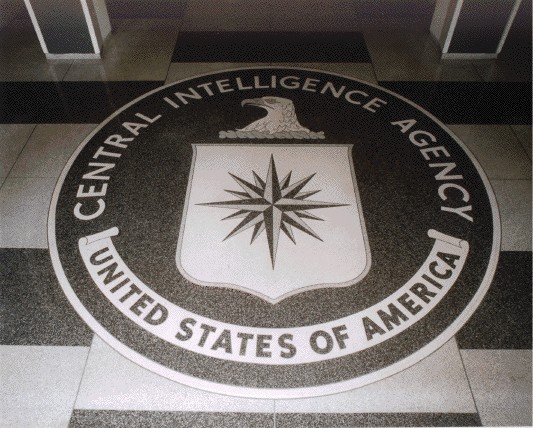 Being a spy certainly isn’t the easiest job in the world, and in general it’s tough to secure a job in an agency like the Central Intelligence Agency. A top-notch education, being physically fit, and a taste for danger are just some of the many criteria for obtaining a job as a spy for most major national intelligence agencies. And yet, even the CIA flubs from time to time. Sometimes mistakes happen and events evolve outside of even the best spy’s control. Other times, general incompetence and laziness can be observed. And still other times, agents were simply sleeping at the wheel (computer?)

For example, the Soviet embassy in Washington D.C. must have been closely watched day and night by CIA agents and others. Anyone going in and out would have obviously been closely monitored. In a world run by common sense? Yes, but for the CIA common sense doesn’t always come easy.

When the CIA decided to have an agent infiltrate the Soviet embassy by acting as a double agent, they decided to choose Aldrich Ames. Only problem, Ames was a drunk womanizer who was heavily indebted. So when the Soviets offered him $50,000 in exchange for information, he sold out.

The CIA knew, it was all part of the plan, after all. What they didn’t know was that as the USSR handed Ames more and more money, Ames started selling valuable, real secrets, and especially the identity of CIA agents.

In 1985, American CIA assets started rapidly disappearing. The CIA was alarmed by the disappearances, but instead of consider the possibility of a mole, they figured that the Soviets had gotten a bug in somewhere, or broken a code, or something like that. It never occurred to them that Ames, who was “infiltrating” the Soviet embassy with their knowledge, might actually be a triple agent.

For years, the CIA was unable to figure out that Ames was the mole giving away assets. The USSR even planted fake information through another mole to throw the CIA off Ames trails. Ames kept selling and assets kept disappearing. Finally, after a time Ames unexplainable wealth finally drew suspicions.

After wiretapping Ames and investigating him with other methods, U.S. authorities finally connected the dots. An estimated 100 people had already been compromised, and at least 10 American sources.

2. Swine Screw: The Bay of Pigs

The previous screw up might arguably be the dumbest CIA mess up, but the Bay of Pigs probably goes down with the most colossal failure. At the start of 1959 Fidel Castro overthrew the American backed government in Cuba and declared the island a socialist state. The American government wasn’t happy, and neither were many powerful Cubans who had lost their wealth and property during the revolution. 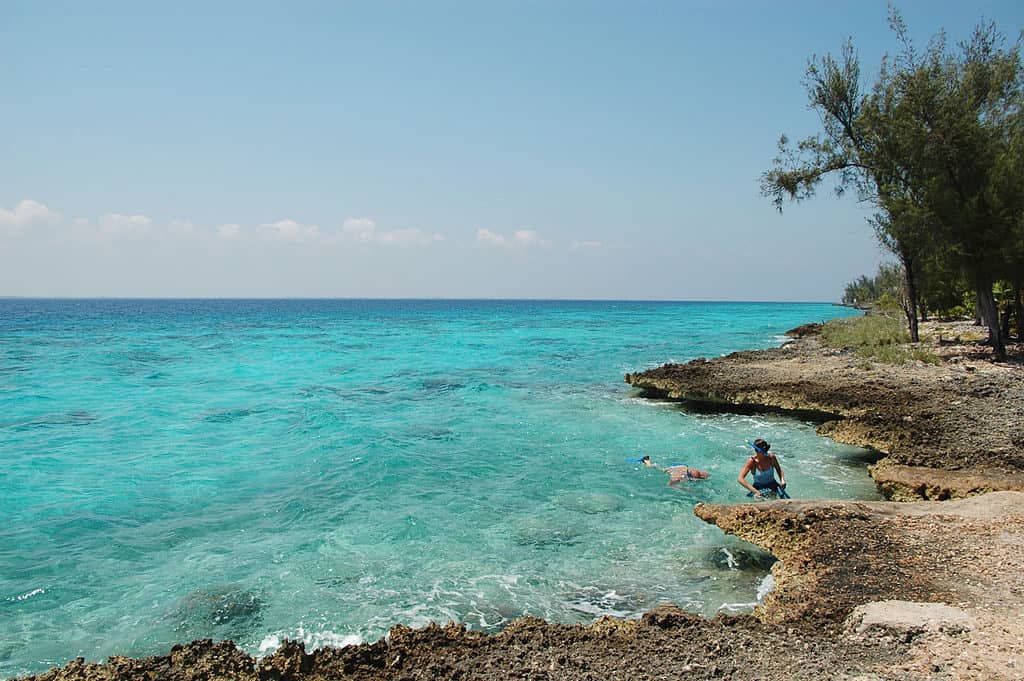 The then nascent CIA, however, was already getting to work on a plan that would see Castro pushed from power. In 1960, the CIA came up with a plan: arm Cuban-Americans and exiles, give them some boats, and let them invade. In theory, this ground assault would also be supported by an air campaign.

The CIA began training its army at various training centers across Latin America. Mostly, people of Cuban descent were piped out of Florida, trained, and then sent back to Florida. The State Department was refusing to permit any militias to be trained on U.S. soil, so they had to be trained out of state.

Somehow, these roughly 1,500 troops in the militia force were going to overpower Cuba’s army. Seems absurd, right? Well it turns out that the CIA actually had ulterior motives. Many within the CIA believed that if the invasion failed (and many spooks did believe it’d fail), President Kennedy would go ahead and provide American troops for support.

They never disclosed this to Kennedy, of course, and they also silenced doubts over the plan. Kennedy, meanwhile, never had any intention of getting American troops involved. This colossal miscommunication set the Bay of Pigs invasion up for failure from the get go.

While the CIA was drunk at the wheel, their Cuban intelligence counterparts were actually doing a good job of gathering information. They knew that an invasion was coming because many of the CIA’s militants liked to blab their mouths. The USSR knew even more, and many believe they knew the date, which they would have surely shared with their Cuban counterparts.

Either way, on April 14th, the invasion fleet departed Florida under the cover of darkness. They were in route to the Pay of Pigs, where they’d secure a beachhead, and an airstrip so American bombers could support them. The next day, American supplied, dissident piloted B-26 bombers painted to look like former Cuban government planes launched several attacks, destroying and damaging various Cuban assets.

Two days later, on April 17th, the Bay of Pigs invasion began. Two days after that, it was all but over. Immediately, the invaders were beset by strong resistance. Meanwhile, Cuba’s tiny air force managed to sink most of the invaders supply ships, resulting in a huge loss of equipment. All the while, the American military stood by and watched the disaster unfold.

Some hoped that the Cuban citizenry, which had largely supported the Cuban revolution, would rally to the invaders. That didn’t happen. Others hoped that Cuba’s response would be disorganized and lackluster. Instead, the Cuban military used its vastly superior numbers to quickly overwhelm the invaders.

Over a hundred invaders were killed, with Cuban forces suffering similar losses. Over 1,200 invaders were captured, and outside of establishing a small beach head for about a day, the CIA-trained troops managed to accomplish essentially nothing. Kennedy refused to commit more resources, and one of the CIA’s earliest big operations went down as a disaster.

On a side note, just a month before the Soviet Union sent nukes to Cuba the CIA released a report expressing doubt that the Soviets would make such a move. Of course, just a few weeks later the world was on the brink of nuclear war.

If you’ve ever seen a James Bond film or similar flick, than you know that meetings are supposed to happen either in swanky hotels and casinos, or else dark back alleys and similar places. If you’re the CIA, you want to distance yourself as far as possible from the United States, right? You wouldn’t choose to meet your informants at McDonald’s or Pizza Hut, right?

Wrong. Hezbollah in Lebannon was able to discover numerous CIA agents by staking out Pizza Hut. And how did Hezbollah figure out that the CIA was meeting with double agents and informants at Pizza Hut? Because the CIA decided to use the codeword “pizza” when communicating with agents.

Now, you might think that the CIA was clever if they used the codeword “pizza” but meant something totally different. For example, an agent might contact an information and say “hey, let’s meet for some pizza,” and then meet him at a grocery store instead. That’s not what the CIA did. When they said pizza, they meant pizza. When Hezbollah operatives figured out the code word, all they had to do was stake out pizza places and wait for the CIA agents and informants to show up.

Hezbollah decided not to go after the agents, but instead revealed their identity. Of course, for a spy, having their identity revealed can be a death kneel for their careers. After all, secrecy is a criteria necessary for every spy’s resume.

A total of ten agents had their identity revealed, and numerous other informants were discovered. The CIA was left essentially blind in Lebennon for several months, having to pull the agents out, all because agents were lazy and uncreative with their code words.

In 1953, the CIA helped overthrow Prime Minister Mohammad Mosaddegh, a democratically elected leader who was too friendly with the Soviets for American tastes, and who was threatening to restrict British influence in Iran’s oil industry. The CIA threw all of its power behind the Shah, the hereditary royal ruler of Iran. 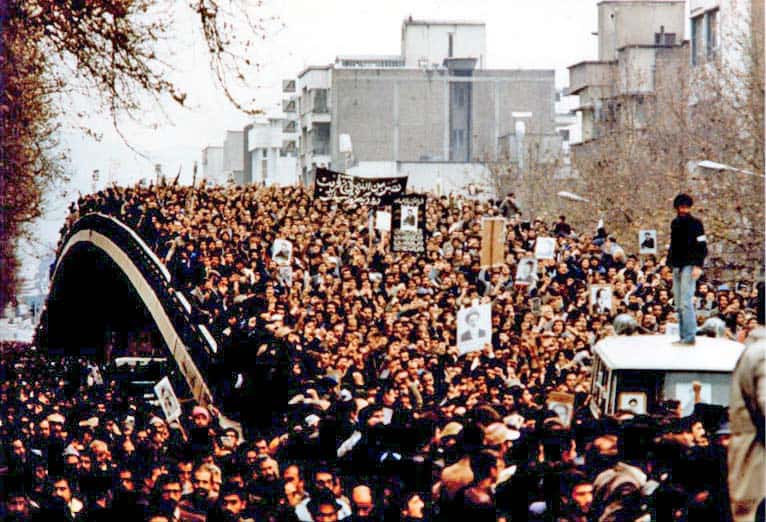 The Shah did enjoy some support in Iran before the coup. During the Shah’s rule, however, the government of Iran became more oppressive, pushed modernization too quickly, and brutally oppressed opposition groups. Further, many Iranians didn’t trust foreign powers, and especially the United States or Britain.

With the Shah pushing a largely secular, modern society, religion became a focus of grievances among growing anti-Shah movement. A massive network of Shia clerics spanned the country, and while they certainly weren’t the only power in Iran, they were gaining steam, and starting to mobilize the masses.

Only, the Central Intelligence Agency didn’t see them or the revolution coming. In the months and weeks leading up to the revolution, the CIA believed that everything was just hunky dory. After all, the Shah had survived numerous previous challenges to his authority, and if need be, he could crack down again.

Sure, the religious elements of Iran were becoming incised, but the CIA viewed religion as an anachronism, a challenge and threat from another time. There was no way a religious movement could overthrow a powerful, secular leader backed by Western powers, right? Just six months before the revolution, the CIA bluntly stated: “Iran is not in a revolutionary or even a pre-revolutionary situation.”

To be clear, the CIA’s failure isn’t just about ego. In the months leading up to the Shah was taking advice from American leaders to take it easy on the opposition, and to not sweat it so much. The Shah listened, helping to pave the way for the growing revolution movement. Then, six months later, the people took to the streets, general strikes were called, and rebel troops began engaging with troops loyal to the Shah. The U.S. Embassy was also besieged, and American diplomats were taken hostage. 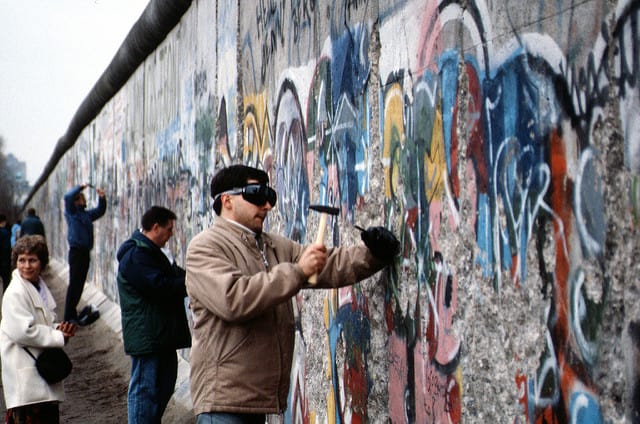