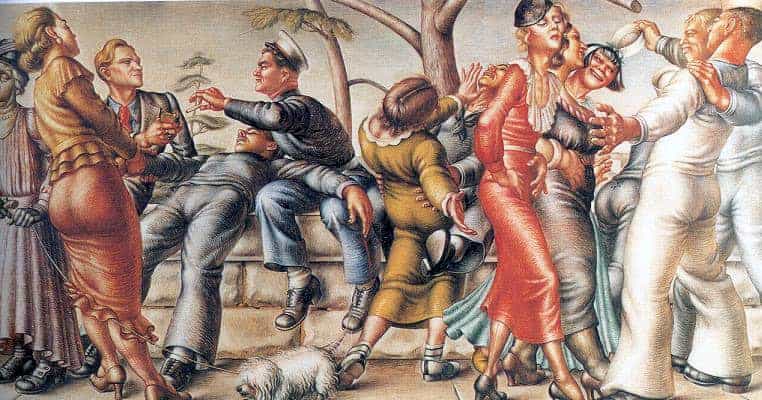 Ervin Arnold quickly recruited 13 enlistees to act as undercover investigators. He instructed the men to go to the Newport YMCA and participate in all activities, legal and illegal, that took place there. These good looking men went about their assignment with a sort of vigor. They met men in the reading and social rooms and performed a sort of courtship ritual. Then they took their relationships to the next level by partaking in what police, doctors, and investigators deemed “unnatural” behavior that was illegal in many parts of the United States. After their encounters, the undercover investigators reported to Arnold about their “findings” rarely mincing words. There was very little of these reports deemed printable by the national press. The New York Times used phrases such as “conduct of character,” “immoral conduct,” and “lack of moral perspective” to paint a picture of what transpired at the YMCA in Newport.

By April 22, 1919, 15 sailors had been arrested for their “lack of moral perspective.” Their former lovers, the undercover investigators, had reported all of the sexual activity, including sodomy, to Arnold. Each sailor arrested was urged to give the names of others who had participated in “unnatural” behavior in the hopes of receiving a lenient sentence. The “evidence” was overwhelming and military tribunals court-martialed the “perverts” and “degenerate” enlistees.

Seventeen sailors were charged with sodomy and “scandalous conduct” and sent to the military prison at Portsmouth Naval Shipyard in Maine. Two sailors were dishonorably discharged, which prohibited them from ever seeking veterans aid or joining the Veterans of Foreign Wars (VFW). Two charged were declared innocent. The investigation began to change when an Episcopal priest was arrested and tried. A judge found the Reverend Samuel Neal Kent innocent because the witnesses, working for Arnold as undercover agents, willingly entered into sex acts. And if they did not act willingly, they were acting under unlawful commands from their superiors in the Navy. But the Navy was not out of the woods.

A group of priests addressed a letter to President Woodrow Wilson. In it they declared that the investigation was done solely to entrap young men and at no point were any of the investigators charged with sodomy or “scandalous conduct.” The priests stated that for the men arrested, they were confined for months without a trial, which was illegal. Both the New York Times and the Providence Journal suggested that the Secretary of the Navy and the Assistant Secretary of the Navy were well aware of the methods used to court-martial the “perverts” and “degenerates.”

A subcommittee of the Senate Committee on Naval Affairs denounced both Daniels and Roosevelt on July 19, 1921, for their knowledge of the Newport investigation and the methods used. Franklin Roosevelt was furious. He denounced the committee’s findings and stated that the senators were simply using the Navy as a political tool. Roosevelt never commented on the court-martial proceedings or how “evidence” was obtained. By this time Roosevelt had resigned from his Navy post to accept the Democratic Party’s nomination for vice-president. In August 1921, Roosevelt contracted what at the time was believed to be Polio while on vacation.