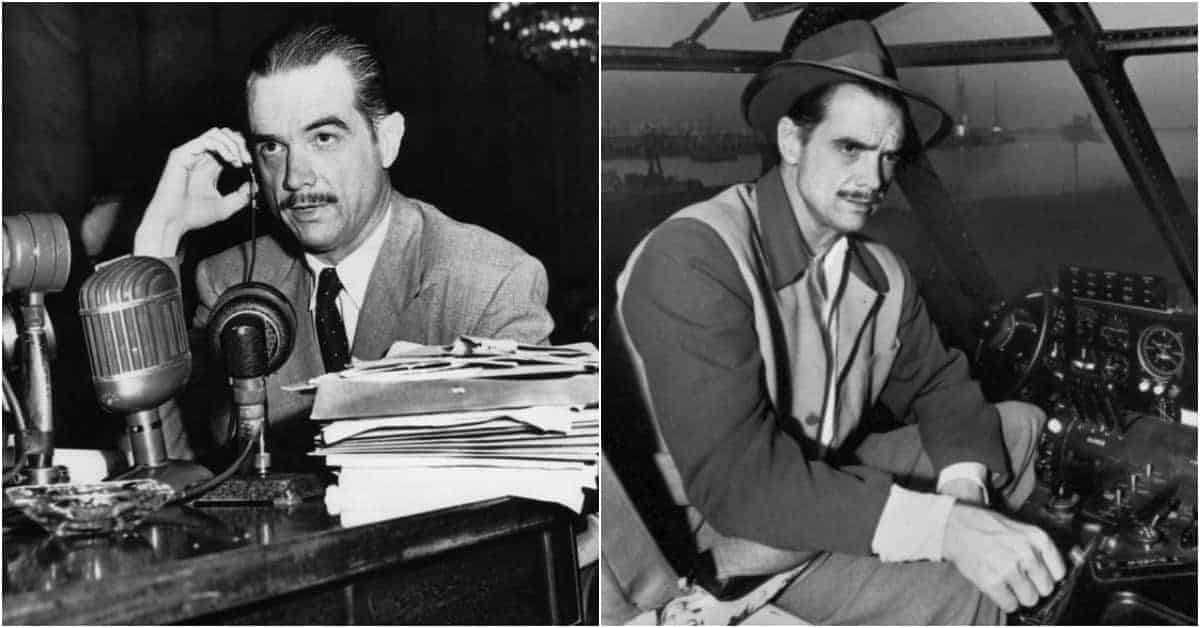 He was a close friend of Cary Grant

Howard Hughes and Cary Grant were longtime friends, with Hughes serving as best man at Grant’s wedding to actress Betsy Drake. Grant often told the questionable story of the two of them flying one night over Warner Brothers studio building in Hollywood, dropping bags of flour onto the roof and laughing riotously at the patterns the exploding bags left behind. Grant would often say that the two remained friends because neither wanted anything from the other.

Grant also described Howard’s wardrobe as sparse. “He owned only two suits. He never owned a tuxedo. If he needed one, he’d borrow one of mine.” Like Hughes, Grant remained an outsider for most of his career, eschewing the glitz of Hollywood for a more private existence.

Their friendship was close enough that when Hughes was released from the hospital following his horrific crash in 1946, it was to Grant’s home that he went to continue his recuperation.

Their friendship remained unexposed to the public eye for most of their lives, with Hughes never, and Grant seldom, expounding upon it to the press.