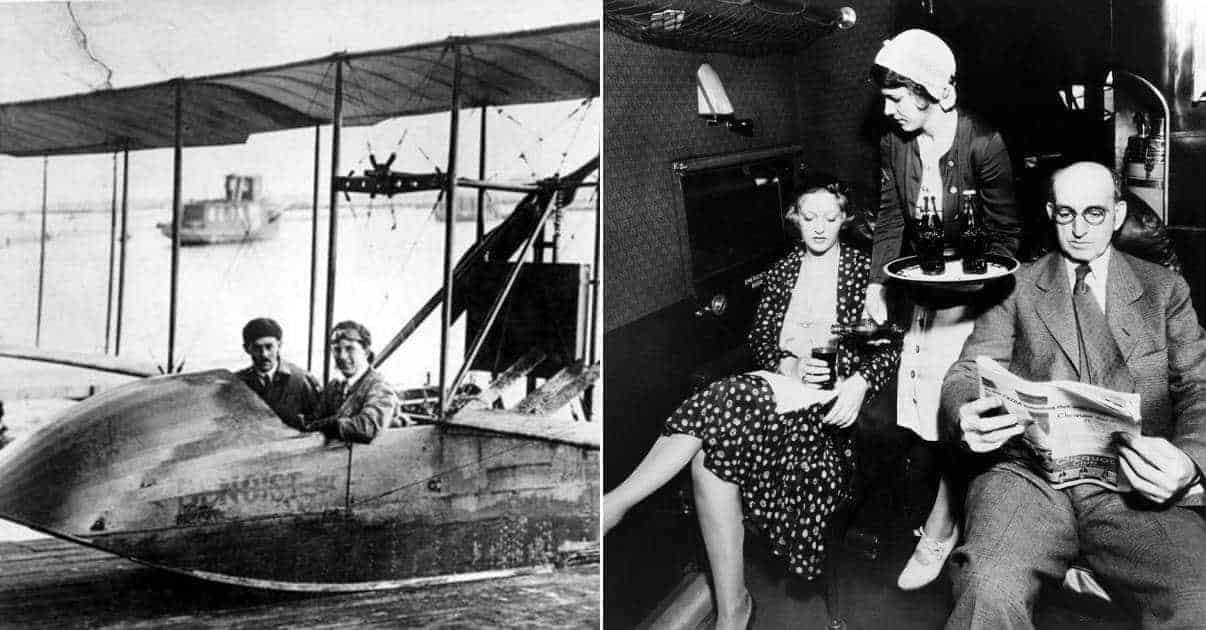 The history of commercial aviation is just over one hundred years old, but it is a fascinating study of the changes that were happening in the twentieth century. After the Wright brothers’ first flight at Kitty Hawk, North Carolina, in 1903, the idea of commercial aviation became a possibility. Within twenty years, the first commercial airlines opened for business and planes were used for transportation as well as weapons in World War I. As the decades passed, the flight experience improved and became a luxury for those who could afford to travel by plane. The decadence of air travel began to wane by the 1980s, when the Airline Deregulation Act of 1978 led to a drop in ticket prices, allowing more people from all economic and social classes to afford a ticket.

By the 1930s, after many of the first commercial flight businesses that tried to make a profit from air travelers failed the decade before, airlines began to realize that they needed to make their passengers more comfortable in the flying experience to keep them flying. As the technology of aircraft developed, so did the luxury of flying. Seats were able to recline, with much legroom, and some planes even had beds. Traveling by air was a luxury that not everyone could afford, and the people who could recognized its importance. People dressed nicely for their flights, and flying was considered a social event where you talked to the people around you. Eventually, the luxuries on board flights became more and more sophisticated, with flight attendants serving drinks and full-course meals. You could also smoke on airplanes, which was a practice that continued until the end of the twentieth century.

Many photographs from the beginning of commercial air travel survive, and they give us a glimpse into how air travel has changed since its beginnings. Pictures of air travel survived since the 1920s, and they show what flight was really like during what is called the “glory days of air travel” from the 1940s to the 1970s. As tickets opened up to everyone, you can see the decline in the quality of air travel: people began to dress more comfortably and the planes became more cramped to accommodate more people, reducing the legroom and space that earlier planes were known for. The photographs are also particularly interesting because, in the passengers as well as the flight attendants, you can see the differences in the fashion trends reflected in their clothing. These photographs show the change in airplane travel as luxury increased and they detail the development of air travel as an indication of social status.