A Daring Escape: How Frank Savicki Broke Free From a German POW Camp, Outsmarted Guards and Crawled for 6 Hours to Win his Freedom 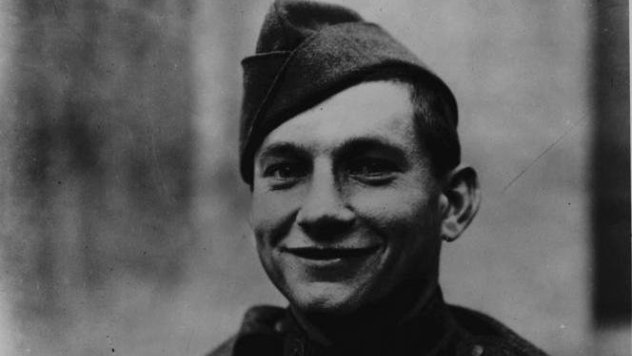 A Daring Escape: How Frank Savicki Broke Free From a German POW Camp, Outsmarted Guards and Crawled for 6 Hours to Win his Freedom

Savicki was moved to Rastatt in Baden, Germany and traveled in a boxcar with 40 other American prisoners. The journey took three days, and the men ate just one piece of bread each and had a couple of drinks of water. The POWs at Rastatt were treated a little bit better than in Laon because they had a shower, bath, change of clothes, and a couple of Red Cross boxes of food. He spent two weeks there working on a farm owned by an old German man and his wife.

Savicki shared a prison with a group of Russian POWs who showed him a mountain in the distance over the border in Switzerland. As Poland was part of the Russian Empire at the time of Savicki’s birth, he spoke Russian and soon made friends with the men. These troops had been in captivity for four years and had been considering the possibility of escape for some time.

Savicki wasn’t prepared to wait long, so he decided to make an escape attempt after just 15 days on the farm. Step one involved tricking the guard and locking him in the prison. As it transpired, this turned out to be the easy part. The soldier raced away from the camp and stayed clear of highways. Savicki trekked through hills, woods, and valleys before spotting a river that he knew separated Germany from Switzerland.

Between Savicki and freedom lay 300 feet of terrain, a river, and German sentry boxes located 100 feet apart. He hid in the bushes and tried to plot his daring escape from enemy territory. Savicki noticed the guards stayed in their boxes and didn’t patrol; this lifted his spirits as it made his task a little easier. There was still the small matter of crossing the river. He spotted a long stick and decided to use it as a vaulting pole.

He waited until dark and crawled his way to the barbed wire fencing. The short journey took six agonizing hours and, after pulling pieces of wire from his body, Savicki made it to the river’s edge. As he stood on the bank, he could see that freedom was just 10 feet away. He planted the pole in the riverbank, and it sank into the mud; Savicki landed in the water and made quite a splash.

Savicki waited for what seemed like an eternity because of the noise he had made, but the bullets never came. Without further delay, he pulled himself onto the bank and moved as fast as he could into Switzerland. By morning, he came across a tiny village, and the kind, elderly man there dried his clothes and gave him breakfast. The locals were sympathetic and paid for Savicki’s ticket to Berne, where he received a new uniform.

After the war, Savicki returned to Pennsylvania, but details of the rest of his life are sketchy. A 1920 census shows a ‘Frank Savitzky’ living in the escapee’s neighborhood, but it was a common name among Polish immigrants, so we can’t say for sure if this man was the same individual who became the first American POW to escape in WWI.

History Collection – A WWII Rampage at a POW Campaign In Utah