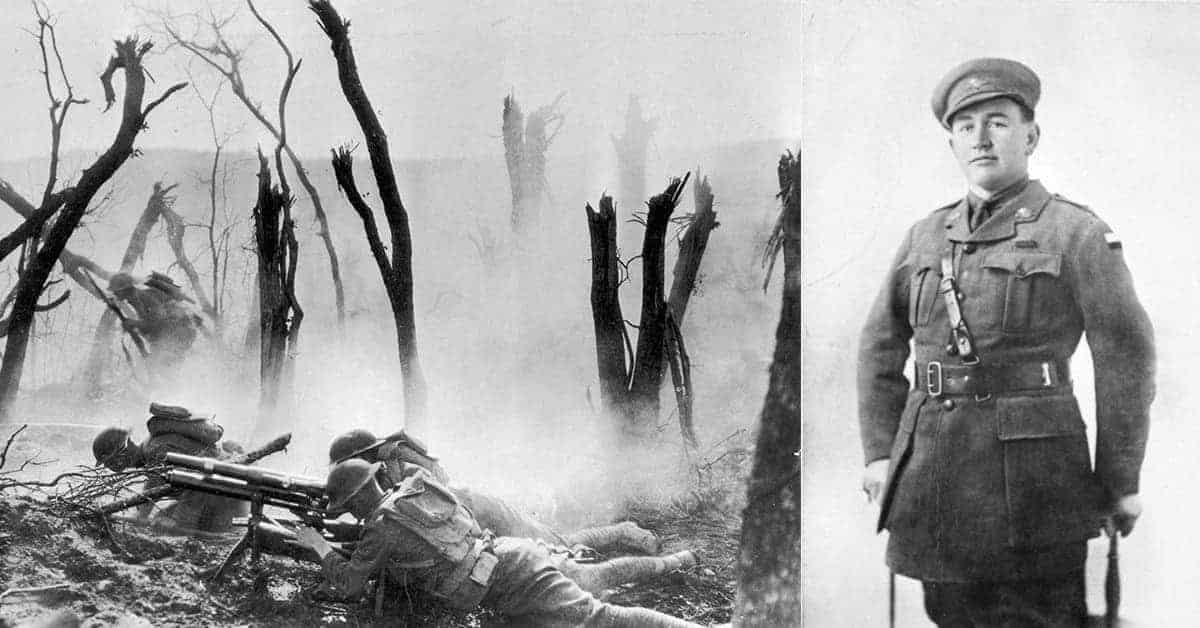 Turning their guns on the city, the Germans subjected McCarthy and his troops to some of the worst artillery bombardment that any Australian unit had ever faced. It was so fierce that one of the routes through the city soon got the nickname, “the street of death.” Over the next few weeks, the German army began a pattern where they would subject the city to a hellish artillery barrage and then mount a massive counter-attack. But through it all, the Australians managed to hold the city, though not without cost. Of the 23,000 men who had taken the city, over 5,000 were now dead. It was an event that motivated one historian to describe the ridge around the city as “more densely sown with Australian sacrifice than any other place on earth.”

For his unwavering courage and leadership during the fighting, McCarthy was eventually promoted to Second Lieutenant. He served in that role for the rest of the war, fighting in dozens of engagements across the front. One day, in August 1918, McCarthy found himself in the Madam Woods of France. There he received orders to lead his battalion in an assault on German positions. McCarthy and his men advanced through the woods, knocking out German machine guns and seizing trenches. Though McCarthy’s battalion managed to capture his objectives, he soon got word that another Australian battalion was pinned down under heavy machine gunfire.

McCarthy chose three men to follow and took off towards the German guns. For a guy with the nickname “Fats,” McCarthy was surprisingly fast and soon outpaced his companions. Alone, McCarthy leaped into the German trenches. Finding himself facing the German machine-gun position that was holding up the Australian advance, McCarthy attacked, lobbing grenade after grenade into the position until a blood-soaked handkerchief emerged, signaling the enemy wanted to surrender. In quick succession, McCarthy destroyed three more machine gun nests with a combination of hand grenades and sheer audacity.

When he reached the third machine gun, McCarthy found himself surrounded by twenty Germans. Instead of attacking, they were so impressed by his courage and fighting ability that they gathered together to pat him on the back and surrendered. When the smoke cleared, McCarthy had killed twenty men, captured fifty, and secured five hundred meters of trenches, all within twenty minutes.

Word of McCarthy’s actions earned him the highest decoration for bravery, the Victoria Cross. In November of that year, the war finally ended, putting a close to one of the most destructive conflicts in the 20th century. McCarthy moved back to Western Australia where he lived out his life working a number of quiet office jobs. Humble to the end, McCarthy rejected any attempt to describe his actions as especially heroic. As he once said, there is “a V.C. in everybody if given a chance.”