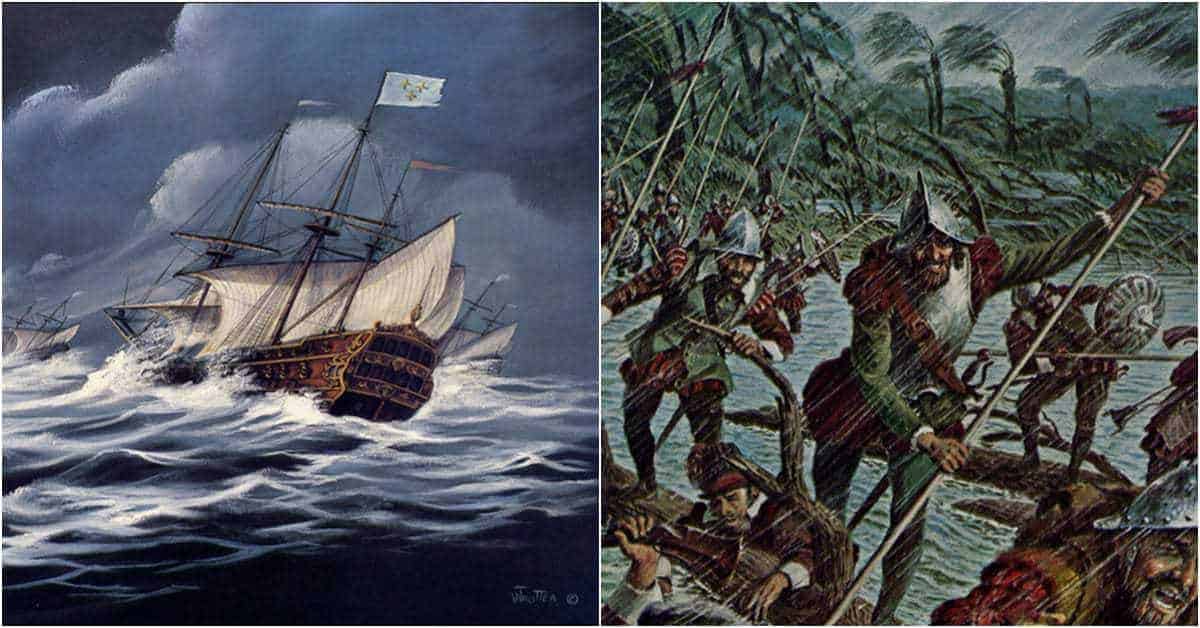 1780 is less about stories of death and survival and more about mother nature hating on humans. This is one of the most active, and destructive, hurricane seasons on record. Between the months of June and October, no less than five hurricanes made landfall throughout the United States and Caribbean islands.

This hurricane started off by sinking a British transport ship, the Monarch, killing several hundred Spanish prisoners and the ship’s crew, on its way to Jamaica. On October 3rd, the storm crashed into the Jamaican port Savanna-la-Mar, utterly destroying the city. Numerous witnesses gathered near the coast to watch the destruction, and they had a close-up view of the twenty-foot storm surge that swept in unexpectedly, engulfing the onlookers, docked ships, and many of the town’s buildings. In the nearby village Lucea, 400 people perished, with 360 more in the town of Montego Bay. The hurricane went on to ravage Cuba and the Bahamas, before heading out to sea. Estimates place the storm’s death toll around 1,100.

The storms of 1780 seemed to enjoy teaching humanity a lesson in humility, but none more so than the San Calixto Hurricane. Scholars suspect that its winds exceeded 200 mph as it passed over Barbados, Martinique, and St. Lucia, where it flattened nearly every building, and killed at least 19,500 people. The storm lashed at Puerto Rico’s coastlines, crossed over the eastern regions of the Dominican Republic, before it finally turned to the northeast, and into the middle of the Atlantic. Throughout the Lesser Antilles Islands, the total death toll is estimated at 27,500; the deadliest Atlantic hurricane on record.

Apparently, 1780 hurricanes hated European Naval fleets. Rough waves and storm surge decimated the British fleet at St. Lucia. Forty French ships capsized at Martinique during the San Calixto Hurricane. This hurricane, however, was equal opportunity and sought out a Spanish war fleet enroute to attack Pensacola. Commanded by JosÃ© Solano, the fleet of sixty-four vessels was caught by a fast-moving storm from behind. The hurricane crossed over western Cuba, captured Solano’s fleet, and proceeded northward toward the Florida panhandle. Solano’s ships had 4,000 men aboard, but only 2,000 survived.