The 20 Deadliest Atlantic Hurricanes to Ever Hit the United States

The 20 Deadliest Atlantic Hurricanes to Ever Hit the United States 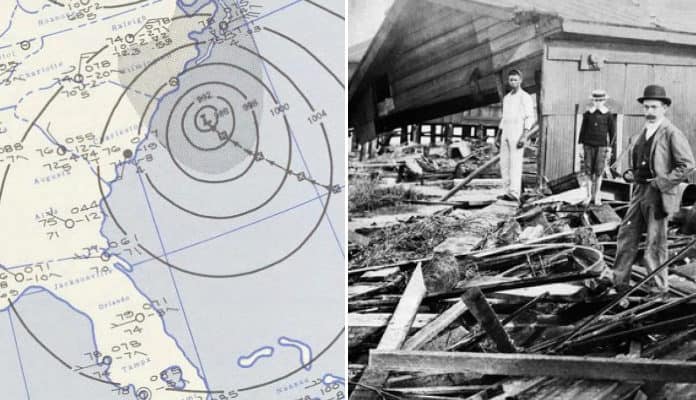 Comparing hurricanes can be done on several scales, including the size of the storm and the geographic area it impacted, damage to infrastructure, economic and financial impact, and others. More recent storms are considerably larger in terms of economic damage, for the most part because of inflation and increased populations along the coastlines. The most significant damage inflicted by hurricanes is the cost in terms of human lives. Modern meteorology provides early warnings of hurricanes and predicted tracks of their paths, but nonetheless two of the worst in American history, using loss of life as the measure, have occurred in the since those methods were devised.

Before the late nineteenth century there were no means of predicting and tracking hurricanes other than the observations of ships at sea, and the great storms occurred seemingly at random, rising up out of the Atlantic, the Caribbean, and the Gulf of Mexico, crashing ashore with floods and torrential rains, spawning tornadoes in their fury. Some coastal communities were still in the process of rebuilding from a previous storm when they were struck again. Other communities were destroyed by hurricanes and abandoned, never to be rebuilt. Hurricanes have altered the settlement of America’s coastline, and became a factor in the economic development of cities and states. Here, in terms of loss of life, are the worst hurricanes to hit the United States. The 1899 San Ciriaco hurricane which devastated Puerto Rico and caused 3,500 deaths is not included because the US did not assume civil administration of the island until 1920.

In 1875, the Texas coastal port of Indianola rivaled that of Galveston, and was the second most important port for the state. That year Indianola was ravaged by a hurricane which destroyed most of the town and the port facilities, and created navigational hazards for ships desirous of entering the port when it destroyed the lighthouses which marked dangerous shoals. Nonetheless, the city’s leaders began rebuilding both the town and the port facilities while most of the trade which had been Indianola’s moved to the port of Galveston.

The town and the port were still rebuilding in the summer of 1886. On August 20, a hurricane pushed before it a storm surge of fifteen feet into the town, destroying or rendering unusable every building in the community. Fires started by broken gas mains and overturned stoves completed the task started by the flood. Every building in Indianola was destroyed by the hurricane and its aftermath. The nearby village of Quintana, along the Brazos River, was also destroyed. Estimates of deaths vary, with 174 being generally agreed upon. Five weeks later another hurricane struck the Texas coast and Indianola was flooded yet again. The town was abandoned, and today its remnants stand as a ghost town.