The Deadliest Plane Crash in Canada Killed 248 Soldiers in 1985 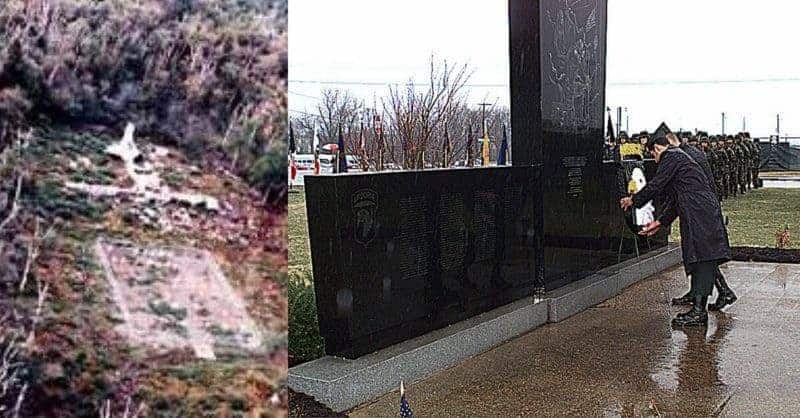 The Deadliest Plane Crash in Canada Killed 248 Soldiers in 1985

The 101st Airborne Division provides the United States of America an unparalleled Air Assault force for both self-protection and other global operations in unification with leaders and combatant commanders. Also known as Screaming Eagles, the Army branch has been active during times of war since 1918.

Arrow Air Flight 1285, a McDonnell Douglas DC-8 jetliner, took off from Cairo, Egypt destined for Fort Campbell, Kentucky, the base of the 101st Airborne Division. The flight had two stops in Cologne, West Germany and Gander, Canada.

The Army men were returning home from a six-month deployment in Sinai in association with the Multinational Force and Observers peacekeeping mission.

Tragically, the airplane crashed and 248 soldiers perished. All but 12 of them belonged to the 101st Airborne Division Air Assault; most men were from the 3d Battalion, 502nd Infantry. The remaining 12 included one Criminal Investigations Command (CID) agent and 11 other members of other Forces Command units.

The Flight and Morning of the Crash

The plane refueled once again as planned. Flight engineer Michael “Mike” Fowler conducted an inspection of the plane externally. The soldiers then boarded the aircraft.

It was a Thursday morning when the aircraft was en route to Kentucky. Just after takeoff, on runway 22, it rotated nearly a minute after brake release. The plane was traveling 167 KIAS.

The aircraft had trouble gaining altitude afterward. It did lift into the air at a speed of 172 KIAS, but decreased again and descended.

It was roughly 900 feet away from the runway. Because of the significant amount of fuel in the plane, the crash caused a fiery explosion.

Five of the nine board members of the CASB signed that the accident was due to ice on the airplane’s wings. Weather conditions favor the probability that precipitation formed ice. Another issue dealt with the notion that the aircraft had not been de-iced before takeoff.

CASB reported the Probable Cause statement as follows:

“The Canadian Aviation Safety Board was unable to determine the exact sequence of events which led to this accident. The Board believes, however, that the weight of evidence supports the conclusion that, shortly after lift-off, the aircraft experienced an increase in drag and reduction in lift which resulted in a stall at low altitude from which recovery was not possible. The most probable cause of the stall was determined to be ice contamination on the leading edge and upper surface of the wing. Other possible factors such as a loss of thrust from the number four engine and inappropriate take-off reference speeds may have compounded the effects of the contamination.”

Minority opinions were asserted on behalf of the four CASB members with dissent including the concept that “An in-flight fire that may have resulted from detonations of undetermined origin brought about catastrophic system failures.”

Further, they did not see any clear evidence of the ice. Unfortunately, any Cockpit Voice Recorder (CVR) or Flight Data Recorder (FDR) system proved to be defective.

Four years later, after reviewing the CASB reports, former Supreme Court of Canada Judge Willard Estey ruled that the evidence did not favor either side. Since then, the Transportation Safety Board of Canada has responded for the federal government.

False claims of terrorism from the extremists Islamic Jihad, which was a wing of Hezbollah, did plague the case. The group claimed responsibility for the fatal airplane crash on that morning. They wanted to fulfill the idea that the radical group had the “ability to strike at Americans anywhere.” However, both Canadians and Americans dismissed these untruths.

Memorials for the Fallen Heroes

Near the crash site, a beautiful memorial overlooks Gander Lake, and a second one stands at Fort Campbell in Kentucky. In Hopkinsville, Kentucky, a Memorial Park sits in honor of those who died.
In 2015, the surviving families of the 101st Airborne Division soldiers gathered together at the Hopkinsville Park to honor the 30-year anniversary.

During the ceremony, Gallo, a wife of one of the deceased men, explained the last time she talked to her husband before takeoff; she didn’t know she would never get to talk to him again.

It was the deadliest crash in the history of the Screaming Eagles, and she could not imagine what it was like to tell so many families that their husbands, fathers, and brothers were gone. For some of the families, it was the first time they had the pleasure of visiting Fort Campbell Memorial Park.

Richardson was an officer in Sinai at the same time as the rest of the 101st Airborne Division. Because so many soldiers there, it would take three round-trips to bring everyone home.

He recalls that the married men had the pleasure of departing first because it was so close to Christmas; it only seemed to the unit that they deserved to be with their families first during the holidays in comparison to the bachelors.

Now, he feels the guilt for a tragedy that was made all the worse. Richardson explained during the ceremony that he wanted to bring good things and help the families of the fallen remember the legacy of the brave soldiers.