This Day In History: The World Steps Back From Nuclear War (1962) 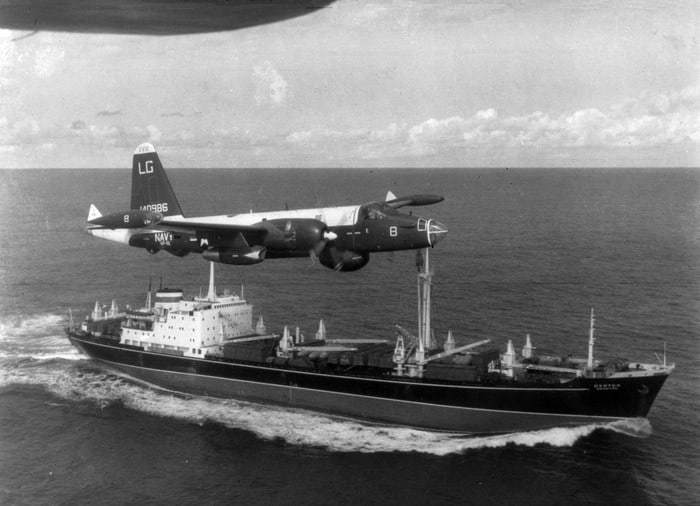 This Day In History: The World Steps Back From Nuclear War (1962)

On this day in history, the USA and the Soviet Union stepped back from a nuclear conflict. The crisis had started when the US discovered that the Soviets had placed medium-range missiles on the island of Cuba just ninety miles from the American coast. For two weeks it seemed that a nuclear holocaust was imminent and that civilization as we know it would end. The crisis had started when the Kennedy Administration placed a quarantine around the island of Cuba and declared that the Soviets would not be allowed to bring more missiles into the island nation. The US armed forces went on the highest alert possible and the air force was in the skies around Cuba on constant patrol. US navy ships and submarines shadowed Soviet ships. In one particularly tense time, the Cubans shot down an American spy plane spying on military installations on the island.

On October the 24th, millions waited to see whether Soviet ships bound for Cuba carrying additional missiles would try and break the American quarantine. The world watched in horror and many expected to witness the start of WWIII.

However, at the last minute, Khrushchev the Soviet leader ordered the vessel to turn around and this did much to defuse the situation. He also sent a rather confusing letter to Kennedy, stating that he wanted to do a deal with the American President. The Soviet leader promised that no Soviet ships would carry arms or missiles to Cuba and in return, the US would vow never to invade the island. In the letter, the Soviet leader concluded with a veiled warning to Kennedy to “weigh well what the aggressive, piratical actions, which you have declared ….. to carry out in international waters, would lead to.”

The following day another letter was sent to President Kennedy and this contained an outline of a deal. Khrushchev proposed that he would order the withdrawal of the Soviet missiles from Cuba in return for an American promise to withdraw medium-range missiles from Turkey.

The US missiles in Turkey were not very important in the American nuclear strategy. Indeed some in the military had already proposed the withdrawal of the weapons from Turkey. However, Kennedy was very aware that he did not want to appear weak. He and his administration could not be seen in public to be offering concessions to the Soviets. The President’s brother came up with a solution the Americans would agree to the withdrawal of missiles from Turkey but it was not to be linked to the situation in Cuba. American diplomats made the offer to the Soviets on the following day, they accepted it as they had been worried by the American response and their rhetoric. However, the Americans demanded that the Soviets withdraw the missiles within two days. If they were not withdrawn then the US military would do everything in their power to neutralize the missiles on Cuba, which they viewed as a clear and present danger to the US.

The Soviets agreed and the Cuba Missile Crisis was effectively over and the world came back from the brink of a nuclear holocaust.