On this Day In History: The Battle of Hatchers Run Was Fought (1864) 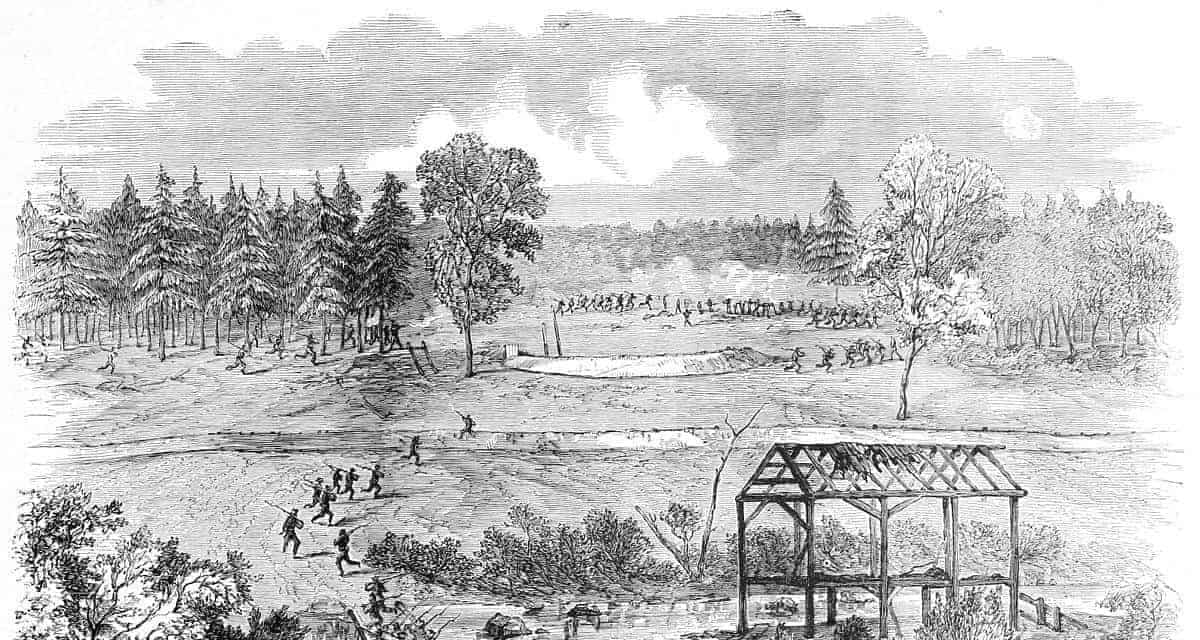 On this Day In History: The Battle of Hatchers Run Was Fought (1864)

On this day in 1864, during the final stages of the American Civil War the First Battle of Hatcher’s Run, took place. The battle is also sometimes known as the Battle of Boydton Plank Road. The battle was fought in Virginia and it was fought for the control of the last railroad that could supply the Confederate force that was virtually surrounded at Petersburg.

Since the summer the Union army under General Grant had besieged the town of Petersburg which was only twenty five miles south of the Confederate capital. If the capital of the Confederacy fell then the war was as good as over.

The Southern army at Petersburg was under the command of the legendary Confederate General Robert E. Lee’s. However, the rebel army was on the verge of collapse and it was desperately short of men and supplies. The Confederates had created a line of defensive trenches that stretched for miles. This allowed the Confederates to keep the Union army from overwhelming the dwindling army. Grant had to break through the Confederate lines if they were to advance on Richmond. The Union offensive at Hatcher’s Run was one of several attempts by Grant to break through the Southern army’s lines.

Grant decided to capture the railroad that supplied Petersburg in order to cut off its supplies and this would starve them into submission. Grant ordered the Army of the Potomac to advance on Hatcher’s Run.

With winter approaching, Grant decided to make one last attempt to capture the Southside Railroad that supplied Petersburg from the west. He instructed the Army of the Potomac’s commander, to take Hatcher’s Cross. The operation was under the overall command of General Meade. The Union forces were expected to take the Confederate trenches that were located seven miles from Petersburg. Some 7,000 infantry and cavalry were assigned to the attack. Two-thirds of the force would launch a direct attack on the Confederate trenches while a third force, composed mainly of cavalry would try and attack the trenches from the rear. Initially, the advance had gone according to plan but under withering Confederate force, the Union line began to break. There were a series of fierce Confederate counter-attacks as Lee sent reinforcements to the area. The battle raged all day and only ended with the fall of night. Despite the fierce fighting the Union had not secured their objective and the Confederate forces remained in control of the trenches that guarded the vital railroad.

In total, some 1800 Union soldiers were killed or wounded. Confederate losses were probably half of that. The Confederate victory was a rare one and it was regarded as a disaster by the Union army and caused President Lincoln who was campaigning for the Presidency acute political embarrassment. On the other hand, the battle was a great morale booster for the harried and weakened Confederate Army.

In February 1865 the Union army fought a second battle at Hatcher’s Run and this was a decisive victory for the North.